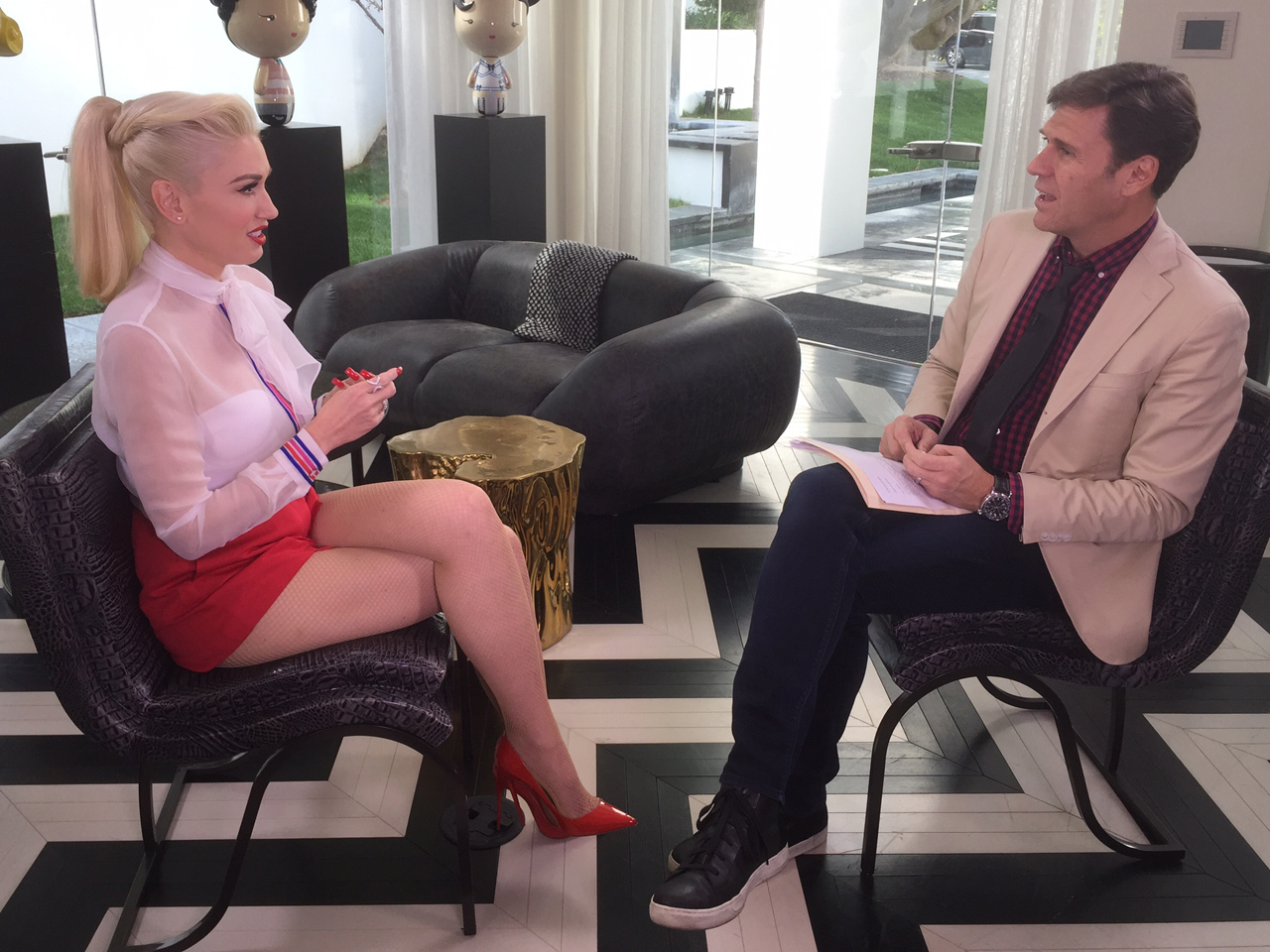 Singer-songwriter Gwen Stefani turned to creating new music as a way to channel the pain from her broken marriage to singer Gavin Rossdale, she tells Lee Cowan in an interview to be broadcast on CBS' "Sunday Morning."

In February 2015, Stefani's world "changed forever," she says, when her marriage exploded after 13 years together.

"At that time everything was like I had no skin, it was so raw," Stefani tells Cowan. "Nobody knew what was happening, and I had this big secret.

"During that time period, I felt like I was down all the way, like, you don't go down lower than that," the 46-year-old singer said. "It was rock bottom. I was so embarrassed, you know what I mean?"

Stefani said she believed if she could turn that feeling into music, "then maybe just everything will be okay."

She found solace in the studio turning her heartache into songs, says the "No Doubt" singer. Yet her record label initially wasn't excited about the work, telling her it was too personal and that people wouldn't connect with her.

Her response: Going back into the studio and recording a highly personal ballad, "Used to Love You." The record label changed its tune, proclaiming the song would become a hit. It was the first single off of her new solo album, "This Is What The Truth Feels Like."

In the interview, airing March 20, Stefani talks with Cowan about songwriting, bouncing back after the divorce, her career and her life today, which includes a romance with country star Blake Shelton (whom she met while they were both judges on the reality singing show, "The Voice"). When they met, Shelton was also going through a break up with his wife, Miranda Lambert. Their relationship inspired part of the new album, too.

"In all this craziness that happened, like unexpected horribleness, I found a friend who was going through literally the exact same thing as me, and that is a miracle," Stefani said. "And it just saved me so much, and I feel so grateful for that."


The Emmy Award-winning "Sunday Morning with Charles Osgood" is broadcast on CBS on Sundays beginning at 9:00 a.m. ET. Executive producer is Rand Morrison.