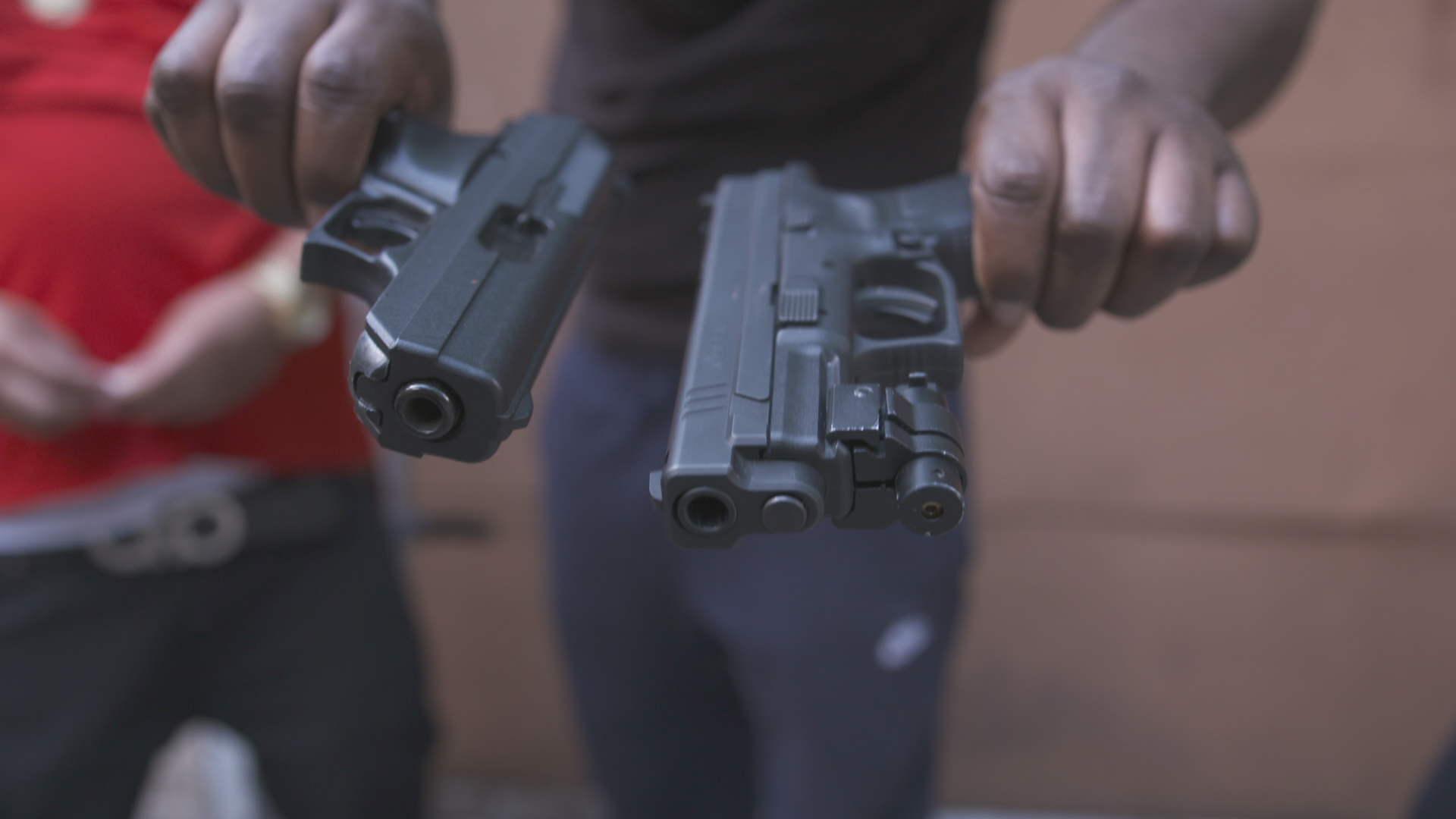 As Fourth of July fireworks boomed overhead on Chicago's West Side, Tim White, a community organizer and peacemaker, was preparing for the worst. More than 100 people were shot over the long holiday weekend, and White has made it his mission to stop those who might try to retaliate.

In his own words, White is an "original gangster" from those very streets, who once led the notorious Vice Lords gang. Shot three times, and locked up for over 20 years on gun and drug charges, White now roams his old territory with a peaceful purpose, seeking to intervene in disputes and prevent them escalating to bloodshed.

"We find someone who has a contact to you or that person that's in the conflict. We go reach out to that person and start the dialogue, thinking we'll squash it," he told Adriana Diaz, correspondent for "CBSN: On Assignment."

"By going to relatives, friends, associates. Just making sure we comfort them. By helping, and showing them that we care, not only because we want to stop it, but because we care for real. That will help us stop the retaliation," he said.

His efforts are much needed. Chicago saw an uptick in shootings and murders in 2016, which surged by 58 percent year-on-year, according to the University of Chicago's Crime lab. 485 people were murdered in 2015, 764 in 2016. In the week that we spent covering the violence in Chicago's West and South Side communities, 15 people lost their lives on the streets.

Duriel Lyke was caught up on one such shooting. We met his close friend Paris King at a "re-pass," a celebration of the life of another friend who had been gunned down and killed weeks earlier.

"Right now, to tell you the truth. We doing this interview with ya'll, we're risking our lives just to stand in the huddle not even watching our surroundings, it's like, we into it with people that can be blocks away," Fatzmack told "On Assignment" as they were being interviewed in a community park on the South Side.

"The number one human instinct is preservation, self-preservation. So you gonna make sure you survive. That's all we doing," King said. "They wrap it up as gunslinging, gangbangers, and all of that. We surviving. That's it. Self-preservation."

Community members from both the West and South Side of Chicago tell us that rampant unemployment and a fractured school system are major factors in the daily violence. Unemployment is near 70 percent for young adults 20 to 24 years old in five of Chicago's deadliest communities. In 2013, Chicago saw the largest mass school closings in modern American history. Forty-nine schools deemed "underutilized, under-resourced" were shuttered, forcing many kids to cross through the territory of rival gangs or cliques, making some feel like they needed a gun, most said just for protection.

"You have to be near one," said one youth who asked to remain anonymous, pulling up his shirt to reveal a firearm. "Never, never leave the house without one," he said.

"On Assignment" caught up with King at his home after he visited his friend Lyke in the hospital. Frustrated by the violence, he hopes to make a change in his life not just for him, but for his entire family.

"America is messed up. So to think that they going to pay attention to some low black people on the south side of Chicago. That's unrealistic. It's not going to happen. That's why I take on the responsibility of making a change. And I'm not looking to America to help me," King said.