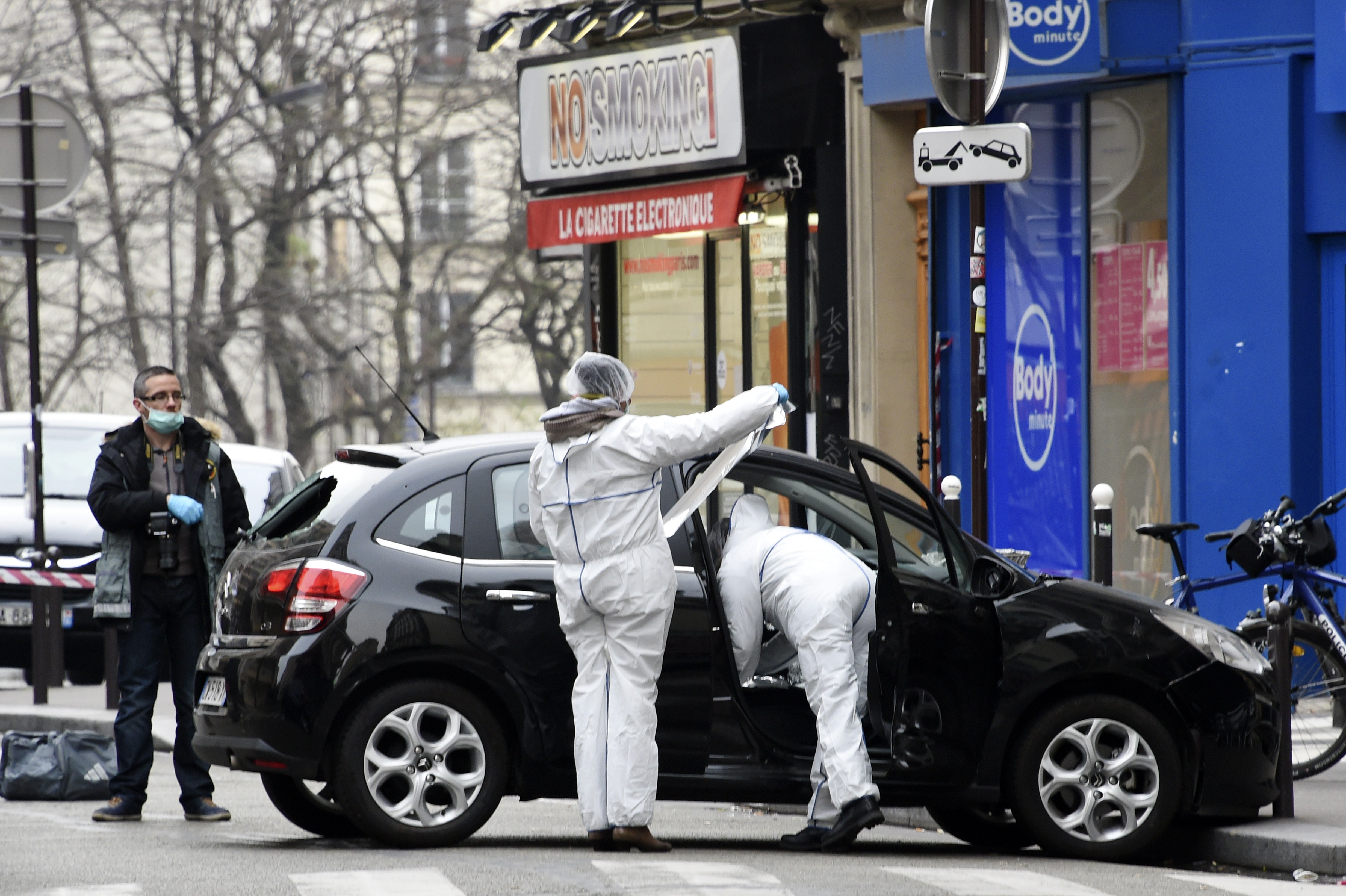 There are at least two gunmen on the loose in Paris, a French official in Washington, D.C. confirms to CBS News' Margaret Brennan, after the gunmen attacked the office of a French satirical newspaper, killing at least 12 people.

The men headed North after the attack toward the 19th District where they dropped their car. They are believed to now be on foot. The public schools have been closed down. The city has already been on highest terror alert. French government officials are not on lockdown, according to the official.

France is still unsure of the affiliation of the attackers. It is unclear whether the two or three gunmen will be apprehended before French President Francois Hollande addresses the country at 2 p.m. ET. Their identities are still unknown.

Once the identities of the gunmen are confirmed, it is expected that France will take up the U.S. offer for intelligence help. There is already a long-standing relationship of intelligence sharing between the two nations. At this point, there has not been a request for U.S. help.

France has had strong intelligence for some time that there would be an attack in Paris, while the French have already been subject to terrorism. A French national, a tourist named Herve Gourdel, was beheaded in Algeria in September, when Hollande was in New York City for the United Nations meetings when the coalition attacks on ISIS began. The group that killed Gourdel claimed to have allegiance to ISIS, but French officials do not believe that they are tied to core ISIS.

France has not joined U.S. airstrikes against ISIS in Syria -- their military involvement stops at the Iraq border -- though France wants more action to be taken against Syrian President Bashar al-Assad.