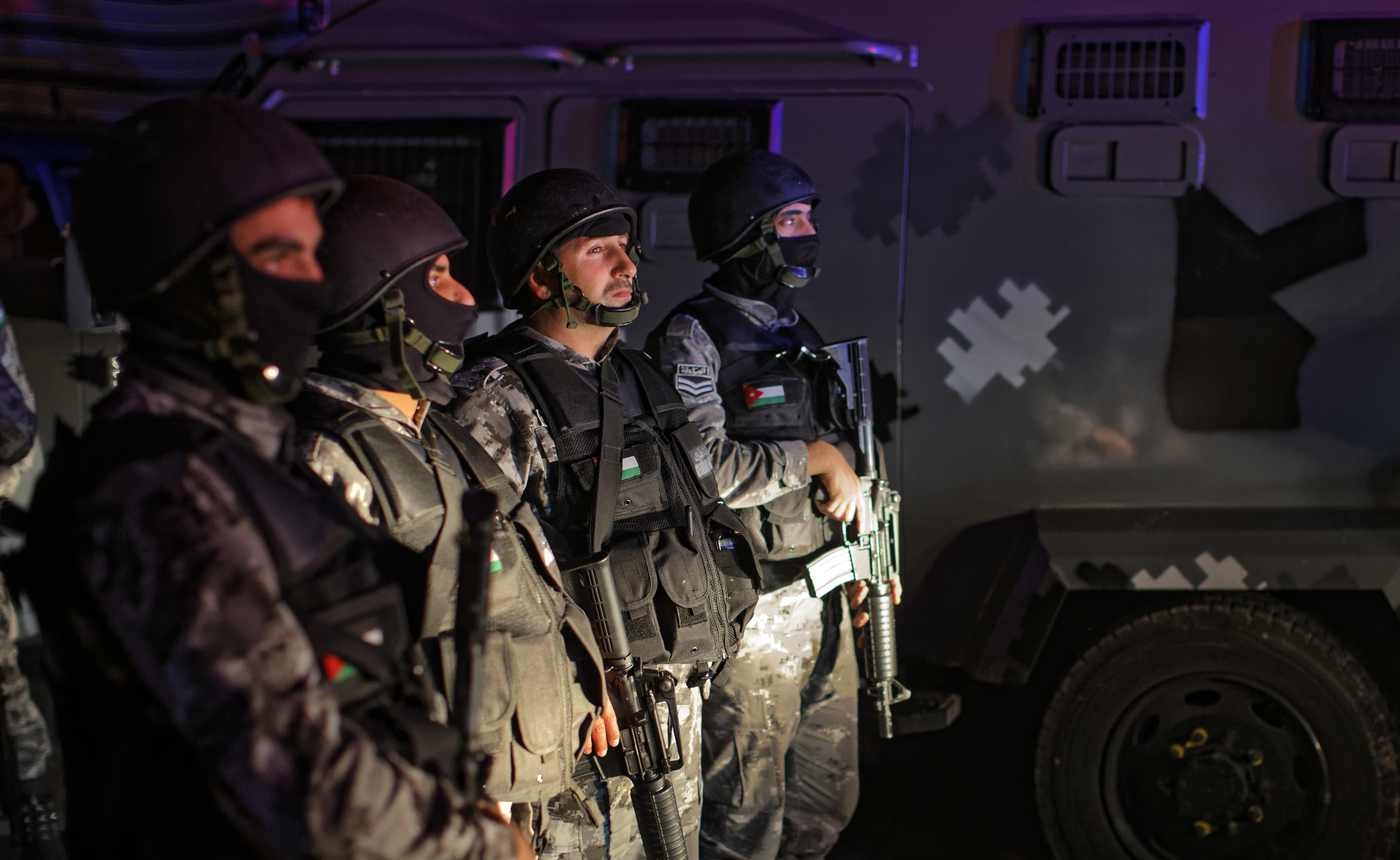 KARAK, Jordan -- Gunmen assaulted Jordanian police in a series of attacks Sunday, including at a Crusader castle popular with tourists, killing seven officers, two local civilians and a woman visiting from Canada, officials said. Several armed men were reported barricaded inside the castle after nightfall, hemmed in by special forces soldiers.

At least 34 people, including two foreign nationals, were wounded in the day’s violence, which was one of the bloodiest attacks in Jordan in recent memory.

Security officials said in a statement late Sunday that at least four gunmen were killed and that troops continued to search the area. The statement said large amounts of weapons had been seized. It made no reference to local media reports that at one point, the attackers had held hostages.

The shootings were the latest in a series of attacks that have challenged this pro-Western kingdom’s claim to be an oasis of calm in a region threatened by Islamic extremists.

The killing of the Canadian tourist could further hurt Jordan’s embattled tourism sector, which has declined sharply since the Islamic State of Iraq and Syria (ISIS) seized large parts of neighboring Syria and Iraq two years ago.

Canada’s global affairs spokesman, John Babcock, told The Associated Press that the dead woman was Linda Vatcher. She was a former teacher from Burgeo, Newfoundland. Babcock said her son Chris was injured.

“Canadian officials in Amman are actively working with local authorities to gather additional information and are providing consular assistance to Canadians at this difficult time,” Babcock said.

The Canadian Embassy in Amman issued an alert warning urging Canadians to avoid travel to Karak, a town in central Jordan about 87 miles south of the capital.

There was no immediate claim of responsibility for the attacks in and near Karak.

The chain of events began when a police patrol received reports of a house fire in the town of Qatraneh in the Karak district, said a statement by Jordan’s Public Security Directorate. Officers responding to the call came under fire from inside the house, the statement said. Two policemen were wounded and the assailants fled in a car, it said.

In another attack, gunmen fired on a security patrol in Karak, causing no injuries, the statement said.

Armed men also opened fire on a police station at Karak Castle, a Crusader fort, wounding members of security forces. The statement said five or six gunmen were believed to be holed up inside the castle.

Jordan faces homegrown extremism, with hundreds of Jordanians fighting alongside other ISIS militants in Iraq and Syria and several thousand more supporting the extremist group in the kingdom. Jordan is a key U.S. ally, and a member of a U.S.-led military coalition fighting IS.

In the most recent incident, three U.S. military members were killed in a shooting outside an air base in southern Jordan in November. The three were in Jordan on a training mission, and came under fire while driving into the base.