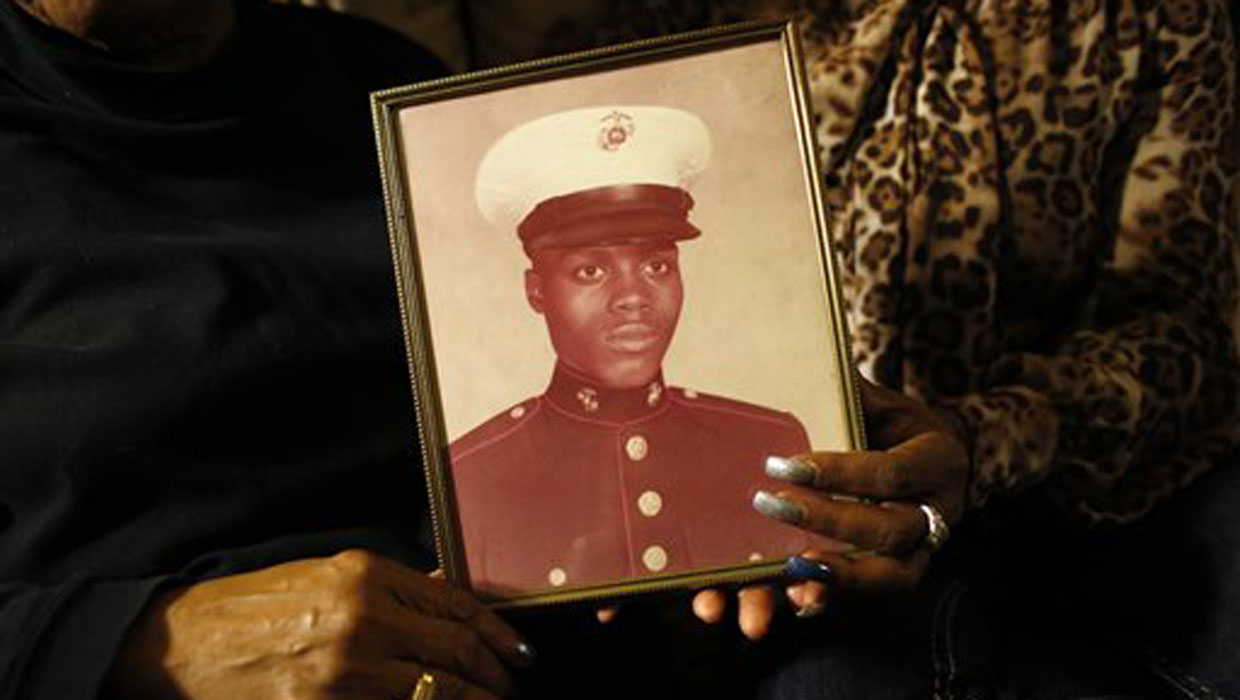 NEW YORK - Jerome Murdough was arrested last month for trespassing after he curled up in an enclosed stairwell on the roof of a Harlem public housing project. A week later, early in the morning on Feb. 15, the mentally ill homeless man was found dead in a Rikers Island jail cell that four city officials say had overheated to at least 100 degrees, apparently because of malfunctioning equipment.

The officials told The Associated Press that the 56-year-old former Marine was on anti-psychotic and anti-seizure medication, which may have made him more vulnerable to heat. He also apparently did not open a small vent in his cell, as other inmates did, to let in cool air.

"He basically baked to death," said one of the officials, who all spoke on condition of anonymity because they were not permitted to discuss specifics of the case.

The medical examiner's office said an autopsy was inconclusive and that more tests were needed to determine Murdough's exact cause of death. But the officials, all with detailed knowledge of the case, say initial indications from the autopsy and investigation point to extreme dehydration or heat stroke.

Advocates for mentally ill inmates in New York say the death represents the failure of the city's justice system on almost every level: by arresting Murdough instead of finding him help, by setting bail at a prohibitive $2,500 and by not supervising him closely in what is supposed to be a special observation unit for inmates with mental illnesses.

Department of Correction (DOC) spokesman Robin Campbell said in a statement that an internal investigation will look into all circumstances of Murdough's death, "including issues of staff performance and the adequacy of procedures."

Campbell acknowledged that the temperature in Murdough's cell was "unusually high" and that action has been taken to fix mechanical problems to ensure safe temperatures, "particularly in areas housing vulnerable inmates."

Murdough's 75-year-old mother, Alma Murdough, said she did not learn of her son's death until the AP contacted her last week, nearly a month after he died. His public defender was told of the death three days after the inmate was found, the DOC said.

"He was a very lovely, caring guy," said Murdough, adding that her son had bipolar disorder and schizophrenia and that she had not seen him in about three years.

"He had beer problems. Drinking beer. That was his downfall. Other than that, he was a very nice guy. He'd give you the shirt off his back."

Family members say Murdough grew up in Queens and joined the Marine Corps right out of high school, doing at least one stint in Okinawa, Japan.

When he returned from the service, his family said, both his mental illness and thirst for alcohol became more pronounced, and he would often disappear for months at a time, finding warmth in hospitals, shelters and the streets.

"When he wanted to venture off, we let him, we allowed him to come and go," recalled his sister, Cheryl Warner. "He always came back."

Murdough's criminal record included 11 misdemeanor convictions for trespassing, drinking in public and minor drug charges, said Ivan Vogel, a public defender who represented him at his arraignment on the trespassing charge.

According to the city officials, Murdough was locked alone into his 6-by-10 cinderblock cell at about 10:30 p.m. on Feb. 14, a week after his arrest. Because he was in the mental-observation unit, he was supposed to be checked every 15 minutes as part of suicide watch, they said. But Murdough was not discovered until four hours later, at about 2:30 a.m. on Feb. 15. He was slumped over in his bed and already dead.

When Murdough was found and his cell opened, his internal body temperature and the temperature in the cell were at least 100 degrees. Those temperatures could have been higher before he was discovered because the cell had been closed for several hours, the officials said.

Dr. Susi Vassallo, an associate professor at New York University School of Medicine and a national expert on heat-related deaths who monitors heat conditions at Rikers Island, said psychotropic medications can impair the body's ability to cool itself by sweating, making it retain more heat than it should.

Exposure to intense heat for a couple of hours by someone on such medications could be fatal, she said.

Of the 12,000 inmates who make up the nation's second-largest jail system, about 40 percent are mentally ill, and a third of them suffer from serious mental problems, the department said. Advocates and others have long argued that correction officers are not sufficiently trained to deal with mentally ill inmates whose needs are complex.

Catherine Abate, a member of the New York City Board of Correction, an agency charged with overseeing the city's jails, suggested at a recent public meeting that Murdough should have been referred to psychiatric care, not to Rikers Island.

Jennifer J. Parish, an attorney at the New York-based Urban Justice Center's Mental Health Project, said Murdough appeared to be a man in need of care.

"So Mr. Murdough violated the trespass law. So he suffered the consequences by going to jail," Parish said. "But the jail system committed more serious harm to him. And the question is, 'Will they ever be held responsible?'"

Wanda Mehala, another of Murdough's sisters, said the family wants an explanation.

"We want justice for what was done," she said. "He wasn't just some old homeless person on the street. He was loved. He had a life. He had a family. He had feelings."