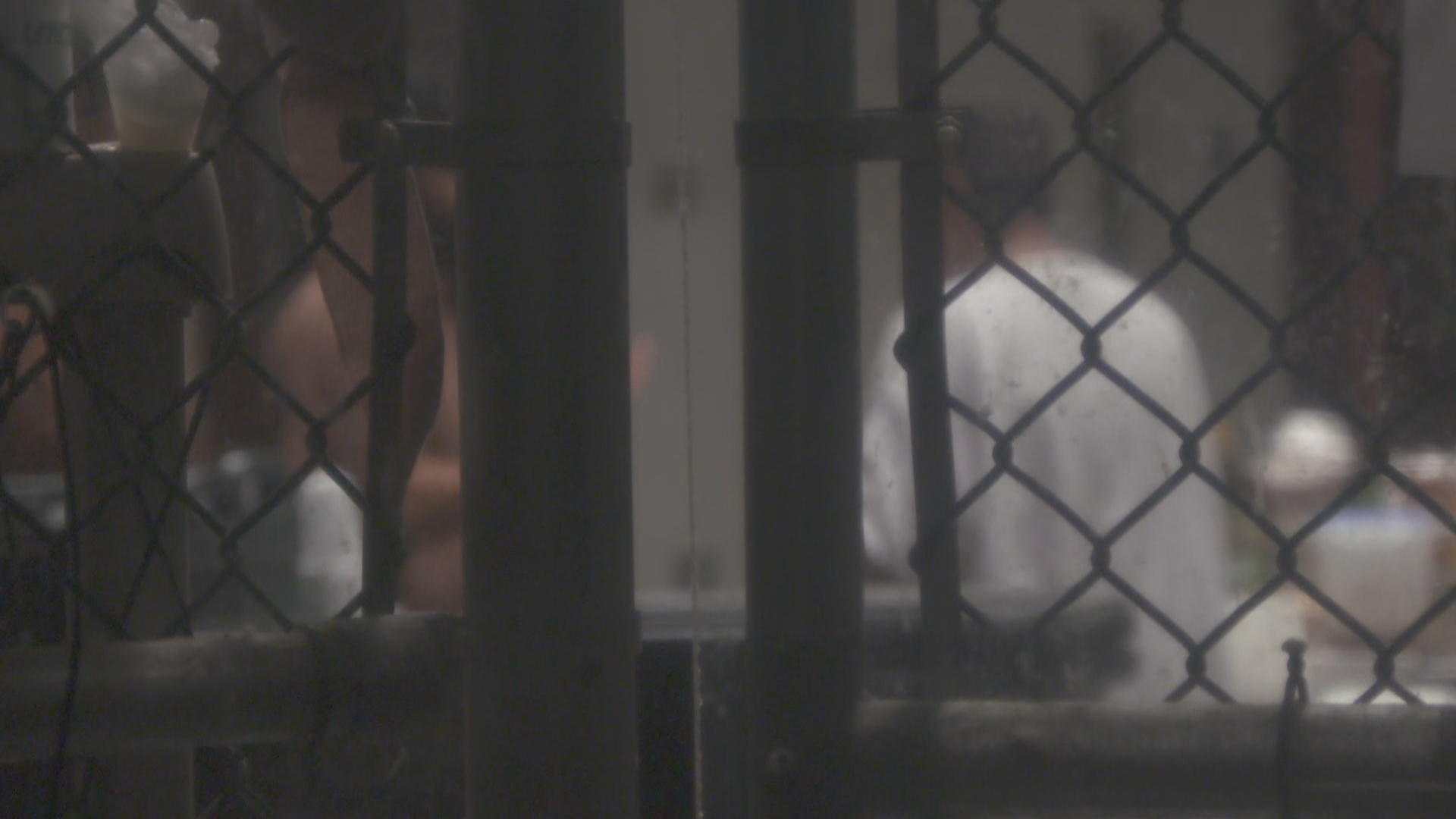 Sixty prisoners remain at Guantanamo Bay prison. The military has worked at transitioning some out of the prison and the pace has picked up in past months, but Donald Trump’s campaign promise to stop the prison from closing has left the fate of many prisoners in limbo.

In a story only on “CBS This Morning,” CBS News correspondent Margaret Brennan visited the detention facility and spoke to the family of one of those prisoners.

On a quiet day in the Guantanamo prison yard, giant buzzards picked over a detainee’s leftovers.

One prisoner spotted our cameras and gave an impromptu art show. We weren’t permitted to film his face, as he described each painting in a mix of English and Arabic.

His name is Khaled Qasim. He’s accused of training with al Qaeda but he has never been charged with a crime, 14 years after arriving here.

Nearly half of the 60 remaining detainees will never be charged, in part due to a lack of conclusive evidence. But Rear Admiral Peter Clarke said there are grounds for their detention.

“I know that the detainees we have here today are not folks who were accidentally rounded up. There is a reason why they’re still here,” Clarke said.

Saifullah Paracha is the oldest detainee at 69. He claims his encounters with both Osama bin Laden and 9/11 mastermind Khalid Sheikh Mohammed were innocent.

The U.S. intelligence community disagrees, but his son Mustafa said it’s not fair to continue holding him. “Charge him, take him to court, release him, transfer to the U.S. But something needs to be done,” Mustafa said.

Paracha’s lawyer David Remes is afraid the prison doors will slam shut when Donald Trump takes office. His client told him the prisoners were on edge on election night.

Some prisoners are being freed, as the U.S. no long considers them a security threat. Commander Steven Gabavics told us that before leaving, detainees stay in a college dorm-like apartment to begin adjusting to life on the outside.

The route out of the prison is called “the pathway to freedom.”

Officials here insist that they are not rushing out any prisoners, but there is congressional concern that they are being sent to countries that won’t adequately monitor them or stop them from posing a future threat.