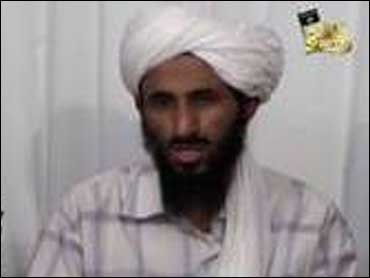 This story was filed by CBS News correspondent Sheila MacVicar in London.

The arrest of alleged terrorist Umar Farouk Abdulmutallab, and the young Nigerian man's links to Yemen, have brought a new focus on the fight against rising extremism in a country where al Qaeda has clearly become more comfortable.

Al Qaeda in the Arabian Peninsula is an increasingly powerful, increasingly dangerous organization, and it's operating beyond the control of Yemen's weak, beleaguered central government.

Yemen is fighting two wars; a civil war in the north and one against al Qaeda. Increasingly, the U.S. is training Yemeni troops in counterterrorism and providing them with weapons.

"For many years now, al Qaeda has had a presence in Yemen," says Peter Clarke, the former head of counterterrorism for London's Metropolitan Police and a CBS News consultant. "The internal conflict and instability there give it an operating base and a training base, and we've seen just how dangerous this can be."

For a time, the government, based in the Yemeni capital of Sana'a, effectively had a truce with the local branch of al Qaeda, welcoming many home after the end of a 1990's war against the Soviets in Afghanistan. Skilled fighters, they were useful in combating rebellion in the south.

By the end of the decade, however, that truce had come to an end as more militant leadership took over the group.

It was the Yemen-based branch of al Qaeda which claimed responsibility for training and equipping Abdulmuttalab, and the government has now confirmed he was twice issued visas to study in the country, and he spent a number of months there prior to the Christmas attempt.

The first al Qaeda strike against a U.S. target in Yemen was the 2000 bombing of the USS Cole. A boat packed with explosives rammed the naval vessel in Aden port killing 16 people. That followed an earlier, failed attack against another American warship, USS The Sullivans. Those events led to increased security cooperation between the U.S. and Yemen.

"Since October 2000, after the attack on the USS Cole, there was this close cooperation. There was American support for our counterterrorism units," Yemeni Foreign Minister Dr. Abu Baker al-Kerbi told CBS News in an exclusive interview.

Following attacks on al Qaeda in neighboring Saudi Arabia in 2008, militant commanders in that country ordered their fighters to move across the border to Yemen, and in Jan. 2009, the Saudi and Yemeni wings merged, creating al Qaeda in the Arabian Peninsula (AQAP).

Saudi officials have said about 26 of their most wanted militant suspects - a group of about 85 in all - were known to be in Yemen.

"They are a threat not only to Yemen, but they are also a threat to all our neighboring countries," said al-Kerbi. "That is why there is very close cooperating between Saudi Arabia and Yemen."

The leader of AQAP, a Yemeni named Nasser al Weheishy, claims to have been close to Osama bin Laden and to have worked for him as his secretary.

At least a dozen former Guantanamo Bay inmates are known to be among AQAP's ranks, including a deputy commander.

"I think it's likely that they (ex-Guantanamo detainees) have helped al Qaeda in the Arabian Peninsula, increased their capability, and they are thinking what these people can bring is a great deal of experience, and that is invaluable in any terrorist organization," said Peter Clarke.

In September 2008, AQAP again directly attacked the U.S. in Yemen, with a multiple car bomb attack against the U.S. Embassy.

But the threat that emerged on Christmas Day reaches well beyond the Arabian Peninsula, right onto American soil.

Among those being sheltered in Yemen is Anwar al Awlaki, the American-born radical preacher who counseled Maj. Nidal Hassan, the U.S. soldier charged with killing 13 comrades in a shooting rampage at Fort Hood.

The formation of al Qaeda in the Arabian Peninsula has created an organization that is, in many ways, similar to al Qaeda in Afghanistan - pre-9/11 - under the leadership of Osama Bin Laden.

In this instance, not only fighters but experienced commanders, tacticians, and bombmakers have been brought together, and AQAP has shown a capacity to be diabolically creative.

An August attack claimed by the group saw a suicide bomber target the head of counterterrorism in Saudi Arabia, Prince Mohammed bin Nayef, in a Royal Palace, using a bomb smuggled into the complex inside his body.

The bomber, one of Saudi Arabia's most wanted men, arrived from Yemen after persuading bin Nayef that he wanted to surrender and repent. To get into the palace meeting room, the culprit avoided detection at two airport security checks, palace security and spent thirty hours in the close company of the Prince's own secret service agents, all without anyone suspecting a thing.

The bomber borrowed a trick from the narcotics trade. The al Qaeda member carried a pound of high explosives, plus a detonator inside his rectum. In that case, the bomb was initiated by an electronic signal from a cell phone.

Al Qaeda bragged then that it was continuing work on new and even more dangerous ideas. The device used by Abdulmutallab was of different composition - the chemical explosive PETN and a syringe containing a fluid initiator, which he was caught trying to inject into the package of PETN.

In its statement claiming responsibility for the Christmas Day attempt, an Al Qaeda spokesman claimed: "The Mujahedeen brothers in the manufacturing section had succeeded in developing a very sophisticated explosive device. It had been tested for effectiveness and the trial tests proved to be successful. It had also been tested against detection machines."

The spokesman went on to warn that the device would be perfected.
By Sheila MacVicar