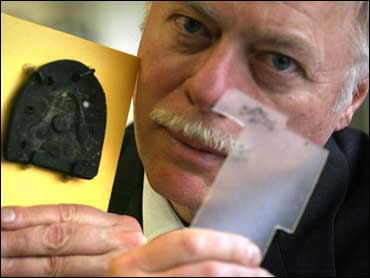 Hoping modern technology can help them solve a 70-year-old mystery, a group of investigators will search a South Pacific island to try to determine if famed aviator Amelia Earhart crash-landed and died there.

The expedition of 15 members of the International Group for Historic Aircraft Recovery, or TIGHAR, was set to depart Thursday. The trip would mark the group's ninth to Nikumaroro, an uninhabited atoll about 1,800 miles south of Hawaii.

Once at the 2-mile-long island, the group was to spend 17 days searching for human bones, aircraft parts and any other evidence to try to show that Earhart and her navigator, Fred Noonan, reached the island on July 2, 1937, crashed on a reef at low tide and made it to shore, where they possibly lived for months as castaways, written off by the world as lost at sea.

The conditions during the search will be punishing, with the explorers forced to contend with dense jungle vegetation, 100-degree heat, sharks that reside in a lagoon in the middle of the island and voracious crabs that make it necessary to wear shoes at all times.

"The public wants it solved. That's why everybody on the street today, 70 years later, knows the name Amelia Earhart," said TIGHAR founder and executive director Ric Gillespie. "She is America's favorite missing person."

At the time, Earhart, 39, and Noonan, 44, were nearing the end of a much-publicized round-the-world flight that had begun more than a month earlier in Oakland, Calif. On July 2, they left Lae, New Guinea, bound for tiny Howland Island, 2,550 miles to the east, only to vanish as they neared their destination.

A 16-day search by U.S. Navy and Coast Guard ships turned up no sign of the fliers or their silver, twin-engine Lockheed Electra. Despite an official finding that they ran out of gas and crashed in the ocean, the case spawned a once-popular claim that the pair were captured and executed as spies on a Japanese-held island.

Gillespie acknowledges that some critics regard the Nikumaroro castaway theory as far-fetched, but he says there is strong evidence to suggest Earhart and Noonan reached what was then known as Gardner Island, 350 miles south of Howland, and survived a crash-landing on its wide, flat reef.

"Most skeptics are not really familiar with the evidence that we've found, and they usually have a vested interest in the other theories; that they crashed at sea or were captured by the Japanese," he said.

The evidence includes radio distress signals that may have come from Earhart, bones found at a former campsite in 1940, and pieces of airplane parts that Gillespie says could have come from Earhart's plane. One of these is a shard of Plexiglas, the exact thickness and curvature of an Electra window, but with no serial number.

The bones, found by a British overseer in 1940 and first judged to belong to a mixed-race male, vanished in Fiji during World War II. But a doctor's notes, discovered in London in 1998, were reanalyzed by two American forensic anthropologists, who found the remains were more likely those of a Caucasian female about Earhart's age and height.

Metal detectors, digital cameras slung from kites, infrared-equipped surveying devices and even pig bones are among items TIGHAR planned to use for the expedition. The search will concentrate on two locations: the campsite where bones were found in 1940, and a site where aircraft parts were recovered.

Kar Burns, one of two anthropologists on the team, hopes coconut crabs native to the island — some as big as 2 feet across — will carry the pig bones to wherever human bones might have been taken by crabs. DNA from human bones could help solve the mystery, Gillespie said.

The group, mostly veterans of previous trips to the island, includes engineers, environmentalists, a land developer, archaeologists, a sailboat designer, a team doctor and a videographer.