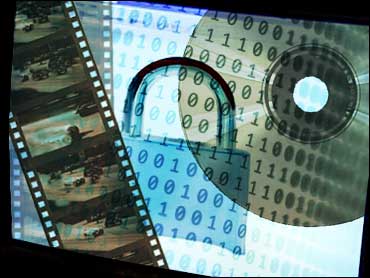 Grokster Ltd., a leading developer of Internet file-sharing software popular for stealing songs and movies online, agreed Monday to shut down operations to settle a landmark piracy case filed by Hollywood and the music industry, The Associated Press has learned.

The surprise settlement permanently bans Grokster from participating directly or indirectly in the theft of copyrighted files and requires the company to stop giving away its software. Settlement details were to be disclosed to a federal judge later in the day in Los Angeles.

Grokster's Web site was changed to display a message that its file-sharing service was illegal and no longer available. "There are legal services for downloading music and movies," the message said. "This service is not one of them."

The music industry cheered the settlement.

"This is a chapter that ends on a high note for the recording industry, the tech community and music fans and consumers everywhere," said Mitch Bainwol, Chairman and CEO of the Recording Industry Association of America (RIAA).

"There is nothing inherently illegal about using peer to peer technology to share files," said CBSNews.com technology consultant Larry Magid. "What is illegal is the sharing of copyrighted material without the consent o the copyright holder. Some peer to peer services are now operating with the blessing of the music industry and Grokster says that it too will soon move in that direction."

A new fee-based version of Grokster's software, which will permit only legal downloads, will be available within 60 days from a new parent organization, according to one executive involved in the deal. This executive spoke only on condition of anonymity because the sale of Grokster's assets is pending.

Grokster's decision was not expected to affect Internet users who already run the company's file-sharing software to download music and movies online, nor was it expected to affect users of rival downloading services, such as eDonkey, Kazaa, BitTorrent and others.

The Supreme Court ruled in June the entertainment industry can file piracy lawsuits against technology companies caught encouraging customers to steal music and movies over the Internet. The decision, which gave a green light for the federal case to advance in Los Angeles, significantly weakened lawsuit protections for companies that had blamed illegal behavior on their own customers rather than the technology that made it possible.

"We hope the Supreme Court's unanimous ruling and an aggressive education effort will dissuade companies and individuals from engaging in these types of unlawful activities in the future," said the head of the Motion Picture Association of America, former Rep. Dan Glickman. "But when necessary, we will pursue all avenues – including legal means — to protect our product from theft."

The court said Grokster and another firm, Streamcast Networks Inc., can be sued because they deliberately encouraged customers to download copyrighted files illegally so they could build a larger audience and sell more advertising. Writing for the court, Justice David H. Souter said the companies' "unlawful objective is unmistakable."

"They're out of business," said Charles Baker, a lawyer for Streamcast. "It's over for them. There was a lack of desire to continue to fight this thing going forward." Baker said the settlement does not affect Streamcast, the co-defendant in the entertainment industry's lawsuit.

The Supreme Court noted as evidence of bad conduct that Grokster and Streamcast made no effort to block illegal downloads, which the companies maintained wasn't possible.