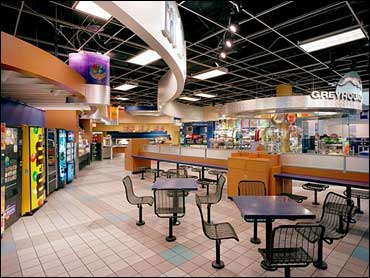 The old dog is getting a new look.

Greyhound Lines Inc. says it has spent $60 million over the past three years to freshen up its fleet of 1,250 buses and its largest terminals.

Next, the company plans an advertising campaign designed to bring back former customers and attract new riders between 18 and 24, and Hispanics.

Greyhound officials say the makeover is part of an upgrade that began in 2004, when the company eliminated many small-town stops and routes to speed up service between larger cities.

Patty Herbeck, Greyhound's director of marketing, said the company has refurbished more than 900 buses with new seats and paint jobs and spruced up 125 of its roughly 940 terminals by repainting, renovating restrooms and adding plasma-screen televisions in waiting areas.

Dallas-based Greyhound traces its roots to 1914, when a Swedish immigrant named Carl Eric Wickman charged Minnesota miners 15 cents to ride between Hibbing and Alice. By 1987, it grew into the largest intercity bus line in the country.

In the early 1990s, however, the company went through a three-year labor strike, growing losses and a spin through bankruptcy court. More recently, it has gone through several changes in leaders and ownership. Since Oct. 1, it's been a division of FirstGroup PLC, a British bus and rail operator.

Ridership declined after Greyhound eliminated about 1,000 destinations in 2004, although a spokeswoman said sales are up 15 to 20 percent on the remaining routes. The company said it carried 19 million passengers last year and had sales of $1.2 billion.

"Greyhound has earned its status as an American icon," Herbeck said. "But when you're 93 years old, you have to remind people who you are and what you stand for. We're trying to tell them the look and experience of Greyhound has changed."

The first television spot shows an old bus pulling into a terminal and the driver disembarking to take a break. An auto-racing pit crew hauls in new seats, paints the bus, and changes the driver into his new uniform.

The ad agency said the spot will air on cable channels such as MTV and on NBC's "Late Night with Conan O'Brien." Print ads are planned for Rolling Stone, SPIN and other magazines, with versions also for online search engines.

Greg Stern, the ad agency's chief executive, said the campaign's slogan - "We're On Our Way" - was a nod to Greyhound's service that gets passengers from one place to another.

"There is also a certain humility in it," Stern added. "We've listened to you, we're improving our service and our facilities, and it's time to have a new look."