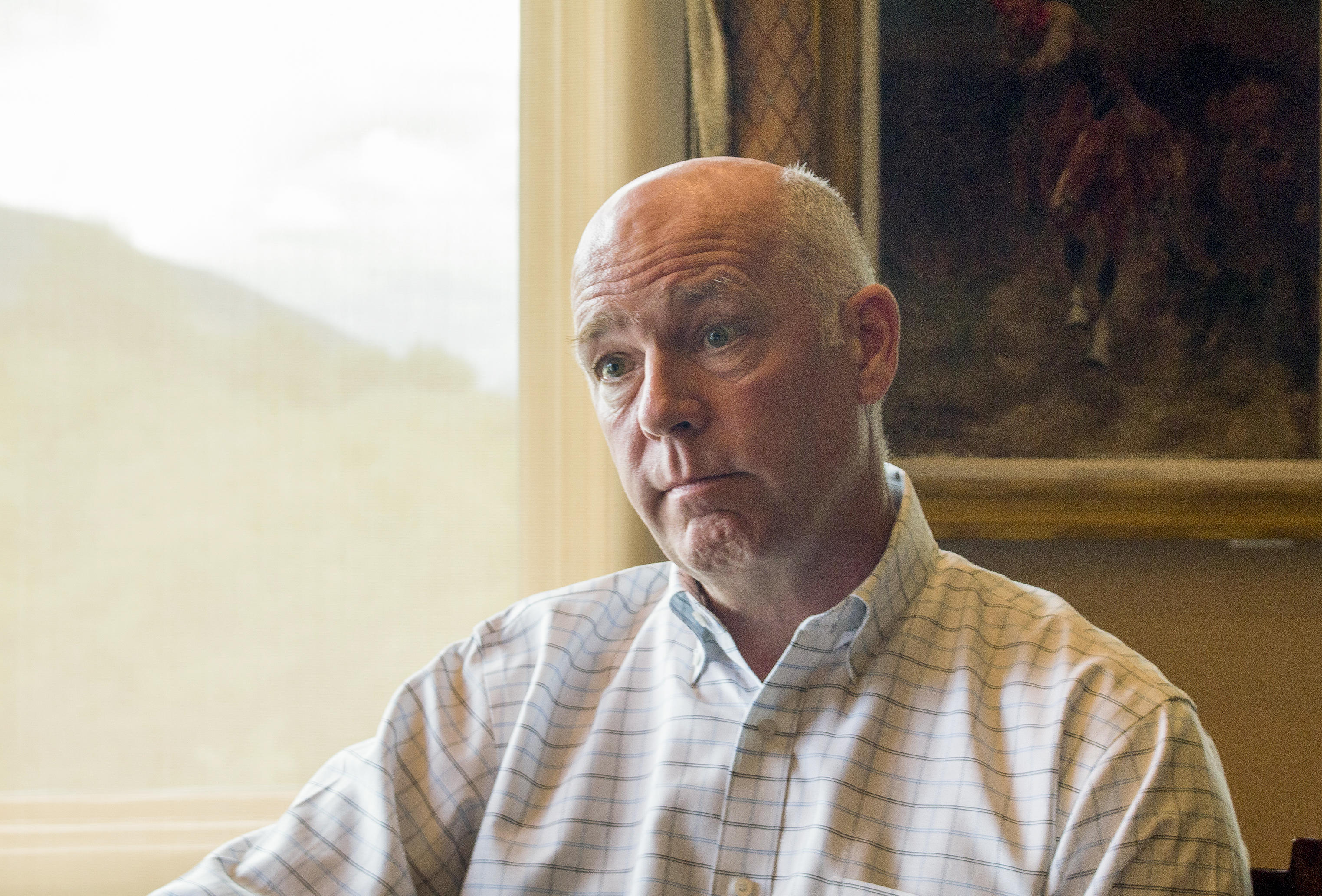 BOZEMAN, Mont. -- Montana's incoming congressman called for civility in politics on Friday, four days after his conviction for assaulting a reporter who asked him a question about health care.

Gianforte spoke to The Associated Press at his Bozeman home in his first national interview since winning the May 25 special congressional election.

The Republican technology entrepreneur has largely stayed away from the public eye since assaulting Guardian reporter Ben Jacobs on the eve of the election until he pleaded guilty Monday to the misdemeanor charge.

Gianforte will be sworn in by House Speaker Paul Ryan on Wednesday, and he is keenly aware he will carry with him for a while the distinction of being the congressman who beat up the reporter.

"I think you can never erase history," Gianforte said. "I can't erase it, but I did do everything in my power once the event was over to take responsibility."

But he is eager to put the episode behind him, and he is now adding his voice to the growing chorus calling for better political discourse.

Gianforte said there is an obligation for members of Congress to ratchet down the vitriol in politics, especially after this week's shooting of Rep. Steve Scalise during a Republican congressional baseball practice by a man who volunteered for Bernie Sanders' Democratic presidential campaign.

"I believe that good things can come out of bad," he said. "It's important to make sure we reach out to all parties and hear their voice. I think the other parties have an obligation, as well, to be respectful and in that dialogue."

Jacobs said Gianforte body slammed him to the ground and broke his glasses after the reporter asked him a question about the health care bill that had recently passed the U.S. House. Audio taken by Jacobs recorded the sounds of a scuffle followed by Gianforte yelling, "Get the hell out of here!"

After the assault, The Guardian's editor, Lee Glendinning, issued a statement saying, "The Guardian is deeply appalled by how our reporter, Ben Jacobs, was treated in the course of doing his job as a journalist while reporting on the Montana special election. We are committed to holding power to account and we stand by Ben and our team of reporters for the questions they ask and the reporting that is produced."

Gianforte was ordered to pay a fine, perform community service and take anger management training. But he received no jail time. He also avoided a civil lawsuit by writing a letter of apology to Jacobs and donating $50,000 to the Committee to Protect Journalists.

Gianforte refused to answer questions about the attack and why his campaign initially released a statement painting Jacobs as the instigator, which contradicted witness accounts, Gianforte's own apology letter and the criminal charge to which he eventually pleaded guilty.

Instead, he repeated nine times over the course of Friday's half-hour interview that he had taken responsibility and wanted to move on.

"I have addressed the issue," Gianforte said. "I think I've been very clear, I've taken full responsibility. I'm not proud of what happened that evening, but I have accepted full responsibility and both Ben and I, and I think the people of Montana, want us to move on."

This will be Gianforte's first political office after he failed in his bid to oust incumbent Democratic Gov. Steve Bullock last fall.

Gianforte, who sold the software company he founded to Oracle for $1.8 billion in 2011, has been politically active by giving generously to conservative and religious causes.

The assault on Jacobs happened too late in the campaign to affect the outcome of the special election, but Gianforte has already filed to run for re-election for the seat next year. He has until then to accomplish enough in Congress as a fervent supporter of President Trump to shake the notoriety he now carries.

Gianforte is fighting a judge's order that he submit to being booked and photographed like other defendants, which would produce a mug shot ripe for use by political opponents. Asked about that Friday, Gianforte declined to comment.

"I think Montanans are good, honest folks," he said of his political prospects. "I've been elected to do a job, and I'm going to go do the job. And in '18, Montanans will decide who they want to represent them."