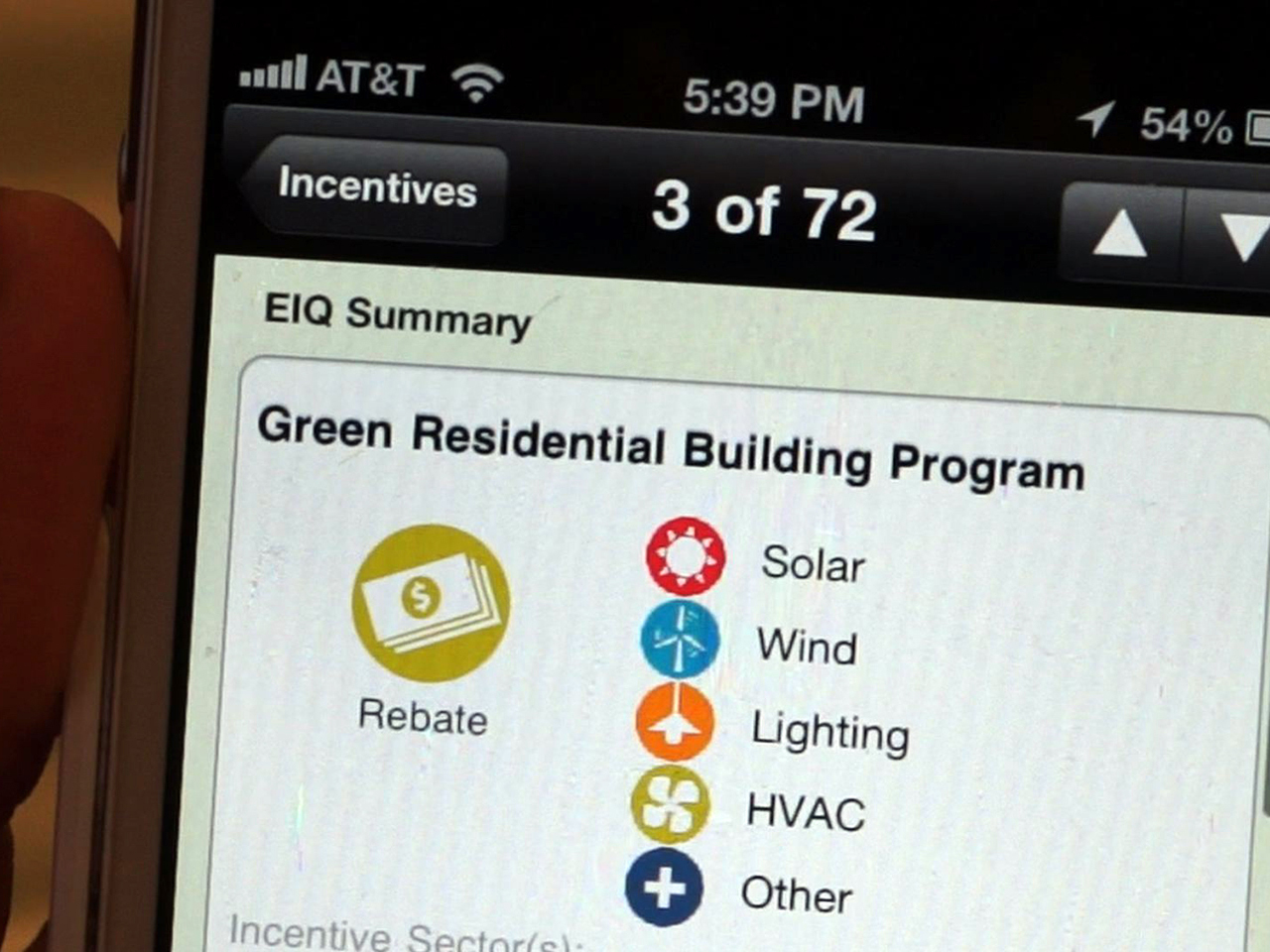 Finding smarter ways to be green can be made easier by using a little device already found in the pockets of millions of people -- smartphones.

According to Pew Research Center, 56 percent of American adults now own some type of smartphone. Apple and Google recently hit 50 billion app downloads at both the App Store and Google Play, respectively. Nearly every type of app is available on both of these platforms, including green apps.

An app called Joulebug turns conservation into a game. Players can earn points and badges for recycling or reusing shopping bags or coffee cups -- reinforcing the movement to reduce, reuse and recycle.

In 2012, White House Office of Science and Technology Policy launched the Green Button initiative to help Americans track their energy usage. The idea being that if Americans could track their utility bills with easy-to-understand data, it could help them adjust their energy use and save money.

Those who want to drill down and monitor how much energy they're using can try apps like Kill-Ur-Watts or Leafully, which connect to Green Button data.

Leafully won the energy department's Apps for Energy contest in 2012 -- and works by connecting to green button data offered by companies, like Pacific Gas and Electric.

An app called WattRebate will let users search by zip code to find loans or tax rebates for becoming more energy efficient by state. It culls data from thousands of utilities, regional agencies and private companies to provide a local rewards that can be used by residents, contractors and architects.

Riding a bicycle is one health-conscious way to cut back on gas usage. Places like New York City, Chicago and Washington D.C. offer bike-sharing programs that let residents pick up and drop off a bike around town.

Being green isn't easy, but hopefully these apps will make it fun.