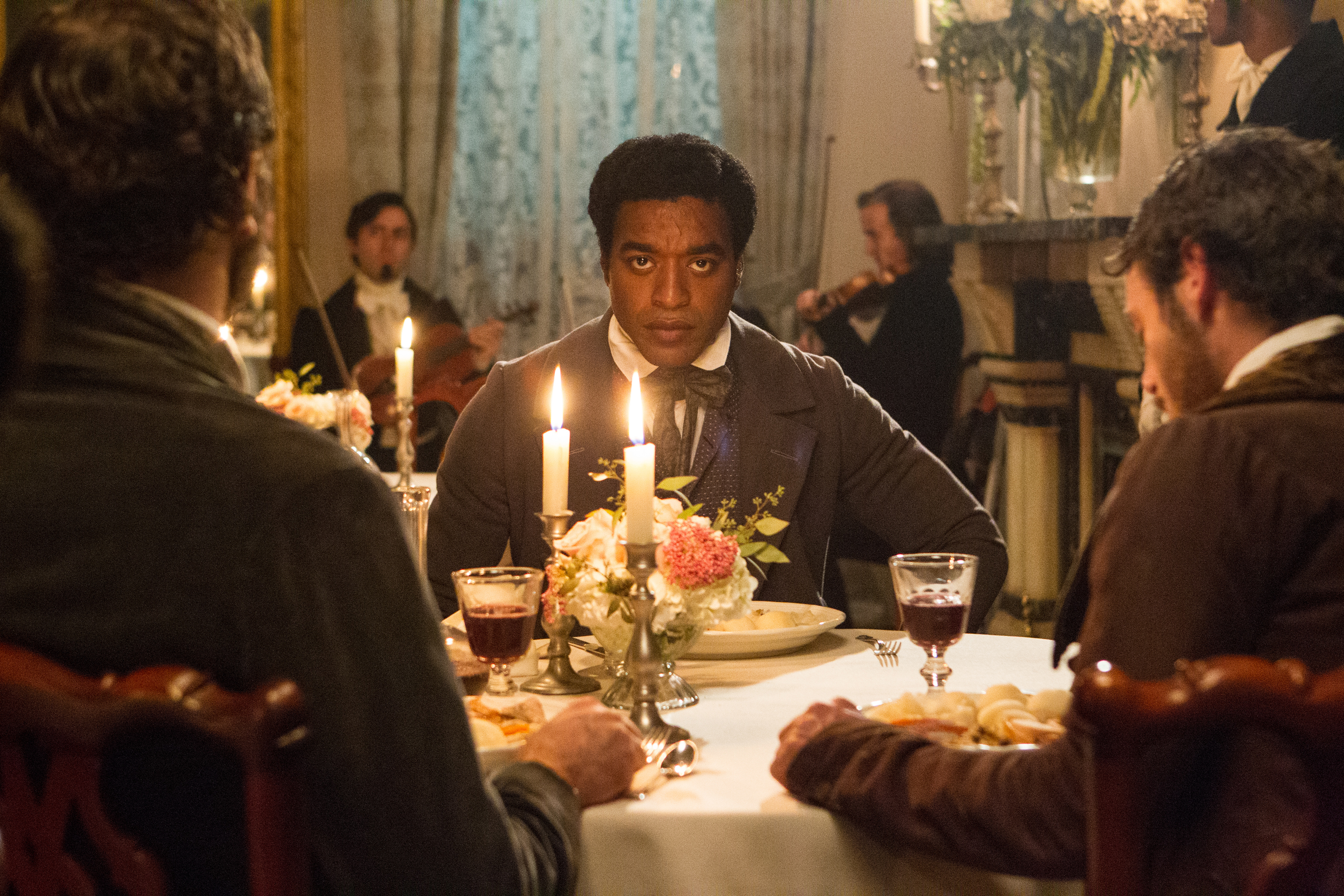 The space thriller "Gravity," the unflinching slavery saga "12 Years a Slave" and the crime caper "American Hustle" gained awards-season momentum Wednesday with stacks of nominations for the British Academy Film Awards, Britain's equivalent of the Oscars.

"I continue to be immensely proud of the recognition this film is getting around the world," said British actor Ejiofor, who plays a free black man kidnapped into slavery in the 19th-century United States.

"There is, of course, something particularly special about receiving a BAFTA nomination from home."

Liberace biopic "Behind the Candelabra" and "Saving Mr. Banks," which tells the story behind the film adaptation of "Mary Poppins," each got five nominations.

The nominations give an awards boost to several films, especially "Gravity," an astonishing 3-D technical achievement, and the wrenching "12 Years a Slave."

The list also demonstrates the increasing globalization of the movie business. "12 Years a Slave" is an American story with a British director and star. "Gravity" teams Hollywood stars Bullock and George Clooney with Mexican director Cuaron and British special-effects teams.

The British-picture category includes motor-racing film "Rush," which has an American director, Ron Howard, a British screenwriter in Peter Morgan and stars from Australia (Chris Hemsworth) and Germany (Daniel Bruhl, who has a supporting-actor nomination.)

The best-picture nominees are: "12 Years a Slave"; "Gravity"; "American Hustle"; "Captain Phillips"; and "Philomena," the story of an Irishwoman in search of the son she lost decades earlier.

Bookies picked Ejiofor as the strong favorite to win.

"There is traditionally a slight British bias when it comes to the BAFTAs," said Joe Crilly, spokesman for bookmaker William Hill. "However, Ejiofor's performance in `12 Years' is so mesmeric that there needn't be this year."

In the best-actress category, Bullock is up against Judi Dench for "Philomena"; Amy Adams for "American Hustle"; Emma Thompson for "Saving Mr. Banks"; and Cate Blanchett for "Blue Jasmine."

Dench, 79, received the 15th British Academy acting nomination of her career - a record. She said she was "honored and thrilled to be in such fine company."

The British prizes, known as BAFTAs, will be awarded at London's Royal Opera House on Feb. 16.

In recent years, the British awards have helped underdog films including "Slumdog Millionaire," `'The King's Speech," and "The Artist" build momentum for success at the Oscars.

Last year, the Iran hostage drama "Argo" took the BAFTA for best film, and went on to win the best-picture Oscar.