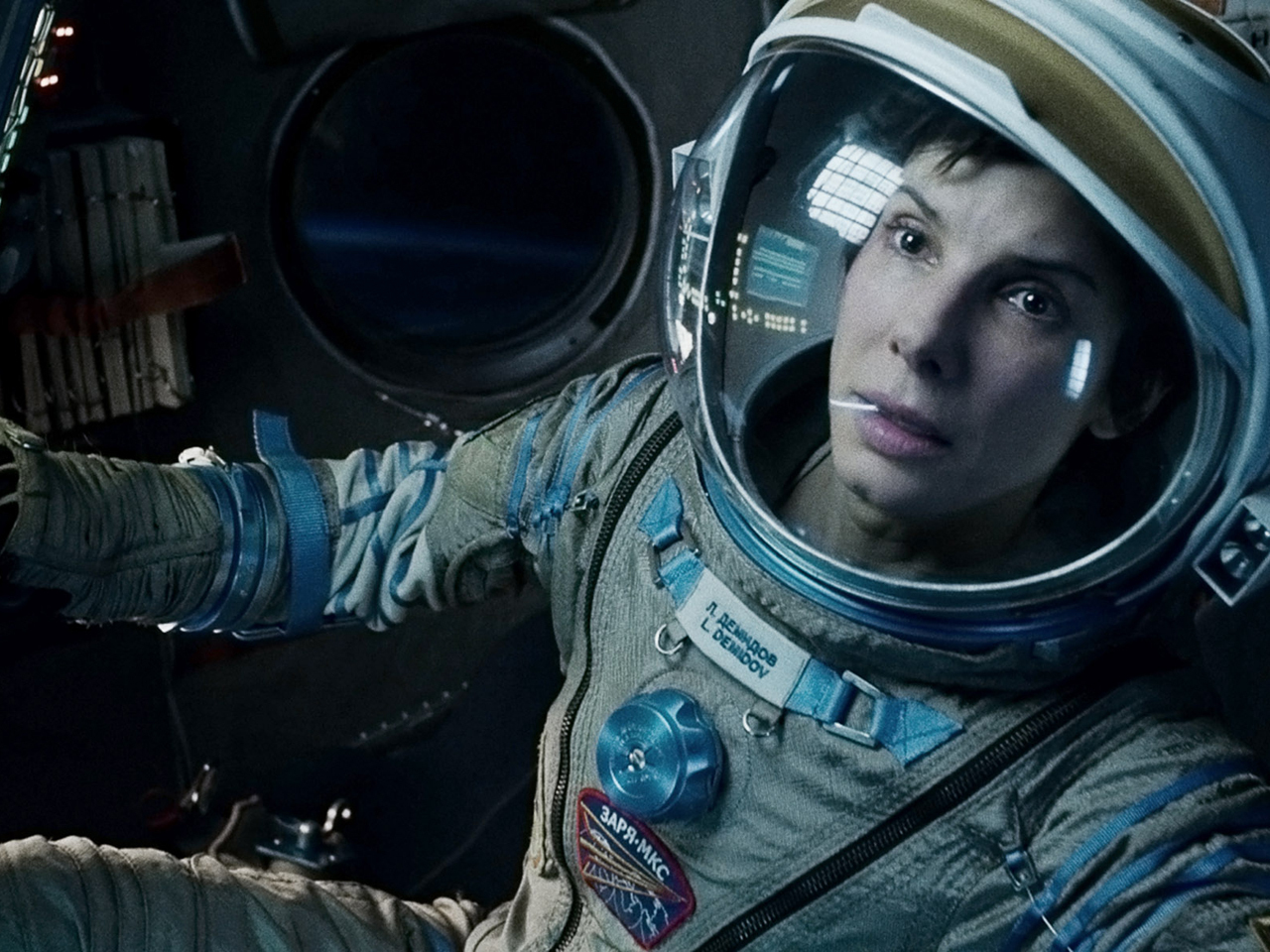 Film critics are unanimously blown away by "Gravity," which opened in theaters across the U.S. on Friday.

The film, which was directed by Alfonso Cuaron, stars Sandra Bullock and George Clooney as a pair of astronauts stranded in space trying desperately to find their way home. The 90-minute movie has been getting universally positive reviews since its premiere at the Venice Film Festival in August -- both for the acting and its out-of-this world visuals.

Below is a sampling of what some of the critics are saying about the spacey film.

Ty Burr, Boston Globe: "You may come away more dazzled by the vision (and by Emmanuel Lubezki's visionary cinematography) than by the way out. 'Gravity' is an eminently satisfying night at the movies -- if you can see it in 3-D IMAX, do so, since you'll feel even more convincingly marooned on a cosmic stage."

A.O. Scott, New York Times: "Mr. Cuaron succeeds by tethering almost unfathomably complex techniques -- both digital and analog -- to a simple narrative. 'Gravity' is less a science-fiction spectacle than a Jack London tale in orbit... All of it -- terrifyingly and marvelously -- evades summary and confounds expectations. You have to see it to believe it."

Mick LaSalle, San Francisco Chronicle: "To compensate for what he can't express with his face and body, Clooney amps up his personality and puts everything into his voice, and to marvelous effect.... As for Bullock, it's a role that requires displays of warmth, relief, grief, regret and stark, shrieking terror, and she is up for every moment of it."

Jocelyn Noveck, Associated Press: "What you can't know, until you're in the theater, is just how much you'll feel like you're up there in space, feeling its vastness, perhaps even feeling cold. And how you might let yourself forget, momentarily, that this movie wasn't shot on location. And how you'll ask yourself, how did they DO this? And how you'll then forget the question, because you'll be caught up once again in this 90-minute thrill ride."

Kenneth Turan, Los Angeles Times: "'Gravity' is out of this world. Words can do little to convey the visual astonishment this space opera creates. It is a film whose impact must be experienced in 3-D on a theatrical screen to be fully understood."

Rene Rodriguez, Miami Herald: "'Gravity' is a celebration of the primal pleasure of movies: It shows you things you've never seen before, transports you out of the theater and out of your head, tricks you into believing what's happening on the screen is happening to you."

Richard Roeper , Chicago Sun-Times: "This is one of the most stunning visual treats of the year and one of the most unforgettable thrill rides in recent memory. You'll have to remind yourself to breathe during some of the more harrowing sequences."

Tell us: Do you plan on seeing "Gravity" this weekend?