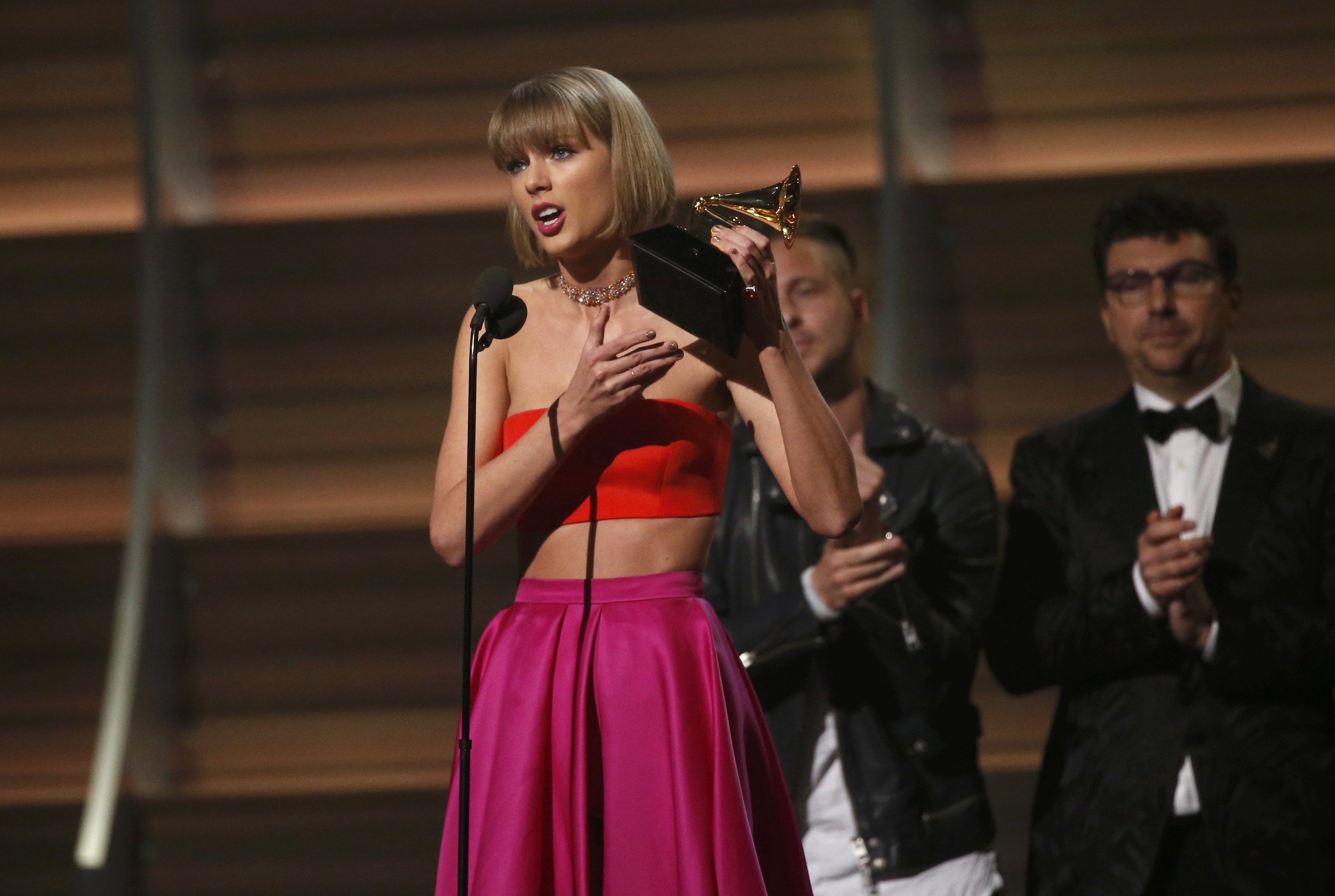 When Taylor Swift took the stage to accept the award for Album of the Year at the Grammy Awards Monday night, she wasted no time in addressing the elephant in the room -- namely, Kanye West's controversial lyric about how he "made that b***h famous." While Swift's representatives had previously said the singer was not directly aware of the misogynistic lyrics, her speech suggested otherwise.

"I want to say to all the young women out there, there are going to be people out there who will try to undercut your success or take credit for your accomplishments or your fame," Swift said from the Staples Center stage. "But if you just focus on the work and you don't let those people sidetrack you, someday when you get where you're going, you will look around and you will know that it was you and the people who love you who put you there, and that will be the greatest feeling in the world."

Swift took home a total of three Grammys this year and opened the telecast with a rousing performance of "Out of the Woods." West, for his part, did not appear to be in attendance and instead spent much of the last few days tweeting at Mark Zuckerberg to help him get out of a personal debt of $53 million.