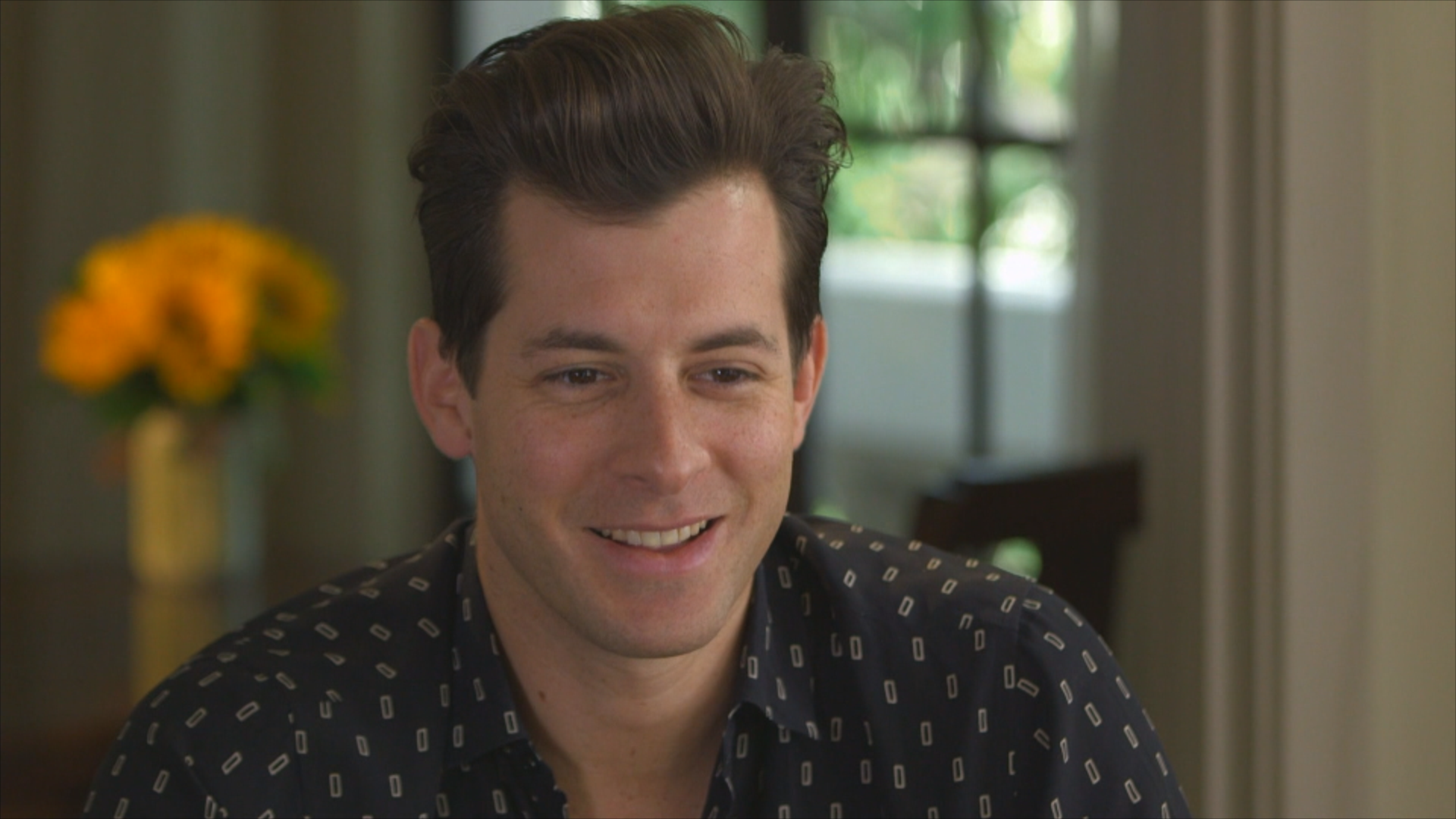 One of the year's biggest hits, "Uptown Funk," was performed at the Superbowl halftime show.

Bruno Mars was the front man who gave the song the groove to stay at number one on Billboard's Hot 100 for a record 14 weeks. But what's sometimes forgotten is that the song actually belongs to the "white guy" sitting on the front of the white limo in its music video -- music producer Mark Ronson, reports CBS News correspondent Ben Tracy.

"It's pretty dead on. The white guy in the Bruno Mars video - everyone knows who they're talking about," Ronson said. "It's like, 'Yeah right, that guy with the guitar and the tall guy, sure.'"

It was Ronson's album, "Uptown Special," that contained the hit song that featured Bruno Mars. The album is nominated for three Grammys. Ronson and Mars could also bring home "Record of the Year" honors.

They recorded an agonizing 87 versions of the song, then worried the word "funk" might be kind of lame.

"Even 'til the last minute there are people like, 'I don't know if you call it, 'Uptown Funk,' like maybe you should call it 'Just Watch,'" Ronson said.

"My guess is if you went up to 10 people on the street and said, 'Whose song is Uptown Funk?' they would say 'Bruno Mars.' Does it bother you?" Tracy asked.

"No. I would be just as happy to be honest... if we'd produced that record for Bruno's album and it had done as well," Ronson said.

Ronson made a name for himself producing Amy Winehouse's critically acclaimed 2006 album, "Back to Black," which won five Grammys. He recalled the casual conversation about Winehouse's family that led to their biggest hit, "Rehab."

"We were walking around SoHo in New York where my old studio used to be and she says, 'Yeah, and they all came over to my house.' And I was like, 'What happened?'" Ronson recalled. "'Well, they tried to make me go to rehab. But I was like, 'no, no, no.'"

Ronson said he was unaware at the time of how troubled Winehouse really was. The Oscar-nominated documentary, "Amy," chronicles her stunning rise and tragic fall into substance abuse that ended in her death at age 27.

"I've actually seen it twice," Ronson said. "It's difficult to watch. I love the first hour because it's like spending time with an old friend again."

It was Ronson's friendship with Winehouse that led him to another young British woman writing her first album - Adele.

"She instantly seemed so grown up and mature, like not just musically and her voice, but she knew what she wanted," Ronson said.

But it was working music royalty - Sir Paul McCartney - that made Ronson most nervous.

"It's incredible. It's utterly terrifying. I mean it's everything rolled into one -- you have to just get over that 'Holy crap, I'm working with Paul McCartney' thing really quickly because you've just got to be on your toes," Ronson said.

These days, Ronson is settling into his newfound fame and the realization that it may be hard to top his latest success.

"The thing to remember is, like, where 'Uptown Funk' came from, that moment of joy, inspiration, playing the music that you really love and then fine tuning the living heck out," Ronson said.