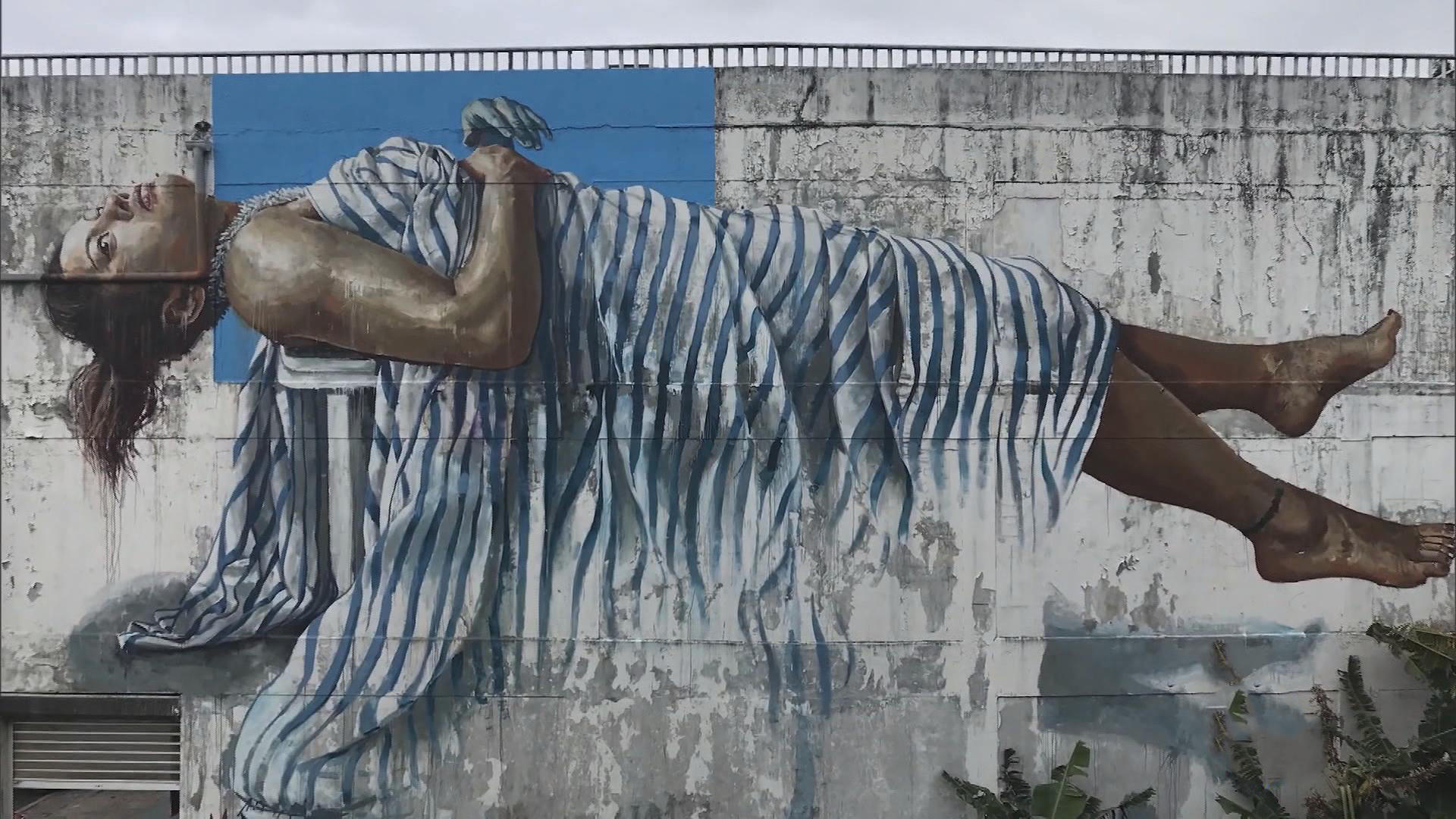 What was once a symbol of New York's 'bad old days' is now being celebrated. Serena Altschul reports on "Beyond the Streets," the largest exhibition of graffiti and street art ever produced.

At an exhibition called "Beyond the Streets," New York's 'Bad Old Days' are being celebrated. LL Cool J was there. So was Spike Lee. It's the largest exhibition of graffiti and street art ever produced.

"I was obsessed with graffiti as a kid," Gastman told "CBS Sunday Morning's" Serena Altschul. "And I still am… I want people to come here and understand the true birth of graffiti, the true birth of street art, but at the same time understand how far the culture's gone and celebrate the artists that worked on the street and have gone on to have incredible studio practices, gallery careers, museum careers."

For weeks, a team of art installers, designers, carpenters & artists worked feverishly day and night to put together the show in a brand new building that sits on Brooklyn's old industrial waterfront. The exhibition features work from some 150 artists, including Shepard Fairey, Banksy, the Guerilla Girls and Kenny Scharf. Some famous, others anonymous, because to this day doing graffiti and street art is still considered a crime that could land you in jail. Keith Haring himself was arrested many times, once even while accompanied by a CBS News crew in 1982.

"You know what? Of course it's vandalism, and it is a crime. And that is what's so interesting about it," Martha Cooper, author of "Subway Art," said. "And there's no reason why art can't be vandalism and art. But for me, the illegal part is the fascinating part. That kids are willing to risk so much. Their lives, in some cases, to do it. careers, on their own terms."

If New York made graffiti famous around the world, it's thanks in no small part to Cooper and her landmark book. She began work on it as a photographer for the New York Post.

"In the late '70s, I met a young boy who showed me his notebook, and he explained that he was practicing his name to write on the wall," Cooper said. "I just thought this was a very interesting phenomenon, that kids had their own artform that they understood and that adults didn't. And I felt I had been let into a secret society."

A member of that secret society was Leonard Hilton McGurr, also known as Futura 2000. He was featured in a CBS News documentary in 1981.

"I feel like the graffiti culture spoke to me as well in terms of identifying who I was in this jungle, you know? The zoo of growing up in New York," McGurr said.

McGurr said people have softened their opinions toward graffiti artists.

"Now you have, 40-something years later, all the people who are inclusive in this story are just pushing the boundaries," McGurr said. "And so of course people are embracing it, because quite frankly it's a relevant art form that needs to be accepted. You're always gonna have the aggressive reality of graffiti, you know, one on one. Just some kid once again, 'Hey, look at me, I'm here.' But then you're also gonna have people selling for, is it millions of dollars?"

Even the Pacific island of Tahiti hosts a street art and graffiti festival. From New York, around the world and back again. Graffiti really has gone beyond the streets.

Melissa & Doug co-founder opens up about her secret struggle

The Cubist: Turning Rubik's Cubes into art
Thanks for reading CBS NEWS.
Create your free account or log in
for more features.
View CBS News In
CBS News App Open
Chrome Safari Continue
Be the first to know
Get browser notifications for breaking news, live events, and exclusive reporting.