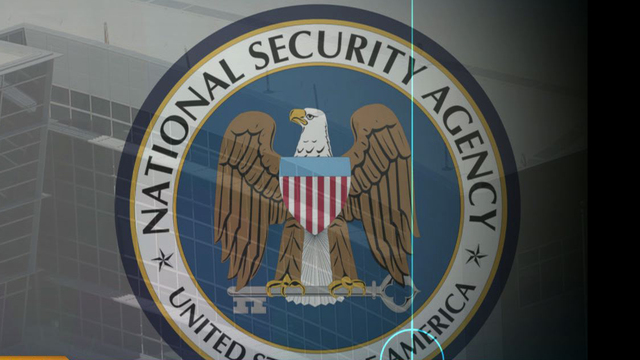 A sharply divided government task force that reviewed the National Security Agency's surveillance program for four months has urged President Barack Obama to shut down the agency's bulk collection of phone data and purge its massive inventory of millions of Americans' calling records, The Associated Press has learned.

The recommendation from the Privacy and Civil Liberties Oversight Board to abandon the NSA's phone surveillance was even more sweeping than a similar proposal from another panel of experts. That panel, the Review Group on Intelligence and Communications Technologies, advised Mr. Obama in December to restrict phone surveillance to limited court-ordered sweeps.

The oversight board's new 234-page report - a copy of which was obtained by the AP - contained several strong dissents from two members of the five-member board - former Bush administration national security lawyers who recommended that the government retain its broad phone surveillance authority. The board disclosed key parts of its report to President Obama earlier this month before he unveiled his plans during a speech last week to the nation.

In that speech, Mr. Obama said the bulk phone collection program would continue for the time being. He directed the Justice Department and intelligence officials to find ways to end the government's control over the phone data. And he narrowed the NSA's bulk collection by insisting on close supervision by a secret federal intelligence court and reducing the wide chain of calls that the NSA may track. Phone companies have said they do not want to take responsibility for overseeing the data under standards set by the NSA.

Warning that the NSA's massive daily intake of calling records "raises serious threats to privacy and civil liberties," a three-member majority of the oversight board said the government should end the surveillance program and "purge the database of telephone records that have been collected and stored during the program's operation." The board said the NSA should instead seek records directly from phone service providers using "existing legal authorities."

The NSA's surveillance programs and other operations began coming to light last year - and drawing intense criticism - after revelations fueled by an estimated 1.7 million documents taken by former NSA systems analyst Edward Snowden and handed over to several journalists around the world.

Most controversial has been the NSA's collection of data on Americans' telephone calls and Internet messages. The NSA says it does not listen in on the phone calls or read the Internet messages without specific court orders on a case-by-case basis as it tracks potential terrorist plots.

Along with its call for ending bulk phone surveillance, the oversight board report outlined 11 other recommendations on surveillance policy, calling for more government transparency and other reforms aimed at bolstering civil liberties and privacy protections. The board called for special attorneys to provide independent views in some proceedings before the secret spy court -- as opposed to President Obama's plan for a panel of experts that would participate at times. The board also urged the administration to provide the public with clear explanations of the legal authority behind any surveillance affecting Americans.

Legal opinions and documents "describing the government's legal analysis should be made public so there can be a free and open debate regarding the law's scope," the board said. Both the Bush and Obama administrations have been criticized by civil liberties advocates and by tech industry officials for failing to provide clear public explanations of the decision-making behind their surveillance policies.

While the oversight board found consensus in some of its recommendations for transparency, its members were sharply divided when it came to the surveillance programs and their judicial oversight.

"I am concerned about the detrimental effect this superfluous second-guessing can have on our national security agencies and their staff," said Brand, who as a Justice lawyer defended USA Patriot Act legislation that provided the NSA with its authority to make the bulk phone collections.

"When the government collects all of a person's telephone records, storing them for five years in a government database that is subjected to high-speed digital searching and analysis, the privacy implications go far beyond what can be revealed by the metadata of a single telephone call," the majority wrote.

The oversight board was created in 2005, urged by the independent commission on the 9/11 attacks as a key organizational reform needed to balance counterterrorism policy with civil liberties concerns. The board functioned fitfully for several years, often short on members because of Congress' inaction. It finally won legislative approval last year for all five members and staff and took on its study of the NSA programs at the urging on Obama and congressional leaders.