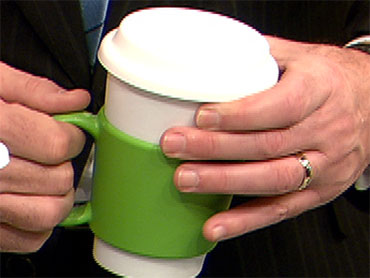 Republicans were assured of 54 Senate seats after winning races Tuesday in Georgia, North Carolina, South Carolina, Florida and Louisiana — where the Republicans won their first seat since Reconstruction.

An undecided race in Alaska would determine the final sweep of victory for Republicans, who currently have a 51-48 margin, with one Democratic-leaning independent.

"Nobody expected that," Senate Majority Leader Bill Frist, a Republican from Tennessee, said Wednesday of the Republicans' Senate pickup. "It is huge," he said on NBC.

Daschle, who was labeled an obstructionist by Republicans, trailed former Rep. John Thune by more than 6,000 votes with 99 percent of the precincts reporting in South Dakota. He was conceding Wednesday.

The last time a Senate leader was unseated was in 1952, when Barry Goldwater of Arizona turned Senate Majority Leader Ernest McFarland out of office. The Democratic speaker of the House, Tom Foley of Washington, was dethroned in the Republican revolution of 1994.

"The nation spoke that we're on the right course, and we'll stay on that course and hopefully accelerate it," Frist said. He said he expected the strengthened Republican majority to be called on to confirm one or more Supreme Court nominees.

Democrats had reason to cheer in Illinois, where State Sen. Barack Obama easily won back a Republican seat. His victory will make the Democratic convention's keynote speaker the only black member of the Senate next January and only the third since Reconstruction.

Obama, 43, the son of a black man from Kenya and a white woman from Kansas, had no difficulty dispatching Alan Keyes, a black conservative whose outspoken views against abortion and homosexuality earned the disdain from some members of his own party.

"I think that what is striking is, you look across this country is that we are extraordinarily closely divided. It may result in the Republican control of the Senate and the House and even a Republican presidency, but it's basically a 51-49 situation," Obama told the Early Show.

"I think that I would be giving the same advice if John Kerry ended up being president, and that is we all need to be a little more humble and listen a little bit more, because it's going to be very hard to solve jobs, education, healthcare issues if we're simply talking to ourselves and not people across the aisle."

"We need to lead by example," said Johnny Isakson, a Republican who won the seat being vacated by conservative Democrat and Bush supporter Zell Miller. "The best thing for some of us to do is check our ego at the door and go in the room and try to find out where we agree first, rather than looking for where we disagree."

The Democrats also will have the first Hispanic senator in more than a quarter century. Ken Salazar was narrowly elected in Colorado over Republican beer executive Pete Coors in a seat to replace the retiring Republican Sen. Ben Nighthorse Campbell.

However, Democrats had a nearly insurmountable hurdle to take control of the Senate, since most of the competitive races were in states where Republican President Bush was strong. Several Democrats all but ran as independents in futile efforts to squeak through.

In Florida, Republican Mel Martinez claimed victory early Wednesday on a slim lead in the race to replace Sen. Bob Graham. Democrat Betty Castor initially refused to concede and was preparing to challenge the results, then folded.

In Alaska, Sen. Lisa Murkowski, who was considered the most endangered Republican, was leading former Democratic Gov. Tony Knowles.

The strengthened Republican Senate probably will mean more votes to confirm nominees to the Supreme Court in a second Bush term. One Republican winner, Sen. Arlen Specter of Pennsylvania, is in line to become chairman of the Senate Judiciary Committee, which holds confirmation hearings on court nominees.

Burr won by more than 5 percent over Erskine Bowles, the one-time chief of staff to former President Clinton. Bowles also lost a senate race in 2002 to Elizabeth Dole.

In Louisiana, Rep. David Vitter won an outright majority of more than 51 percent and avoided the runoff that under state law would have taken place Dec. 4 if he had not topped 50 percent. Vitter had labeled his conservative Democratic opponent a "Washington liberal."

In other notable races: