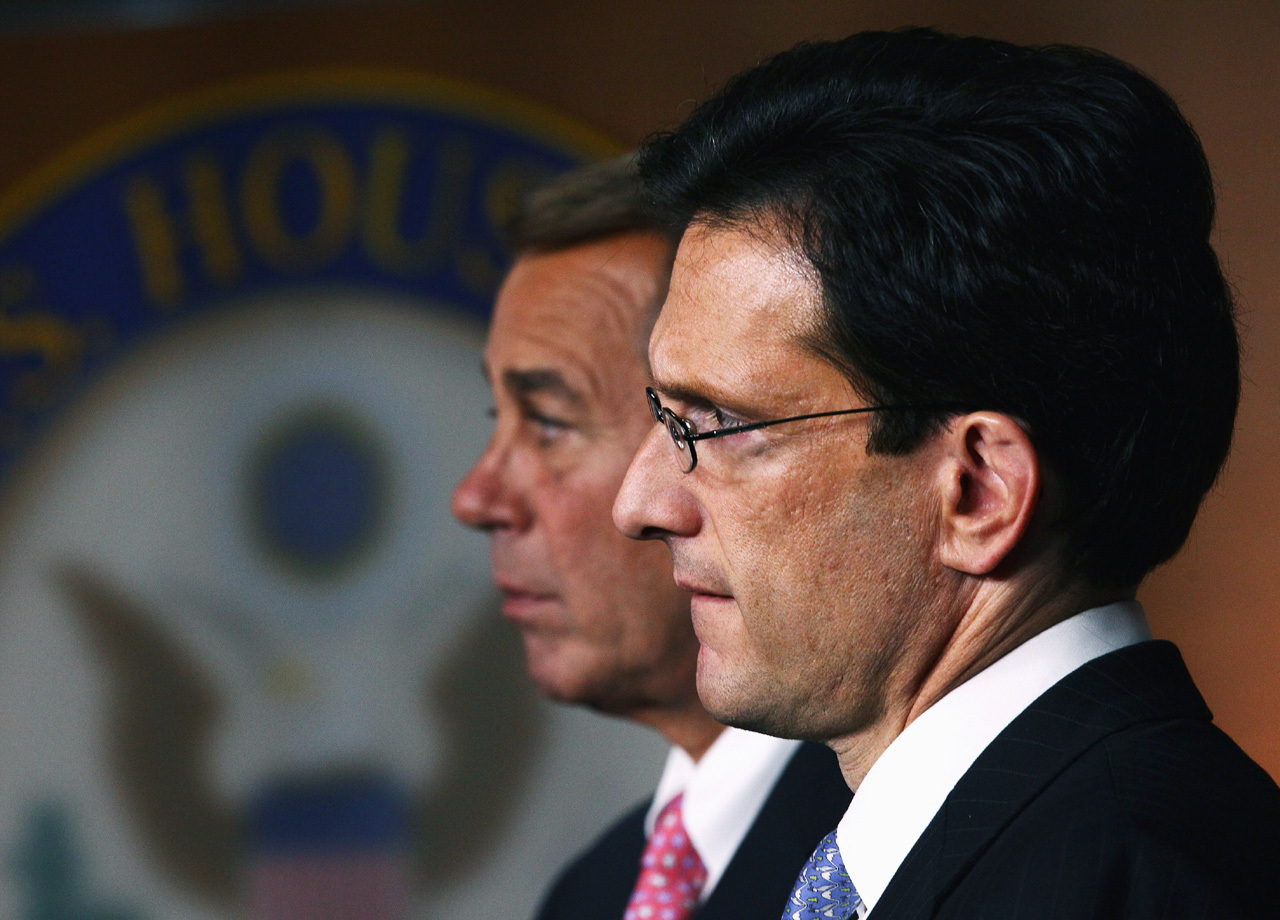 President Obama has indicated he's willing to make cuts to popular programs like Social Security in his negotiations over the national debt with Republicans, if the GOP would consider increasing the government's income. The GOP, however, isn't budging.

"Everything's on the table except raising taxes on the American people," House Speaker John Boehner said this morning, ahead of a meeting between Democrats and Republicans at the White House.

Congressional Democrats, meanwhile, have insisted they'll defend Social Security and Medicare. They complain that Republicans aren't putting "everything on the table" if raising tax revenues isn't a consideration.

Mr. Obama is meeting with congressional leaders today after talks have stalled over a plan to reduce the ballooning budget deficit. Republicans have insisted on creating a deficit and debt reduction plan as a condition of voting to raise the debt ceiling -- the amount of money that Congress is technically allowed to borrow.

The president and his economic team have repeatedly warned of catastrophic consequences for the U.S. and global economy if Congress does not increase the $14.3 trillion debt ceiling by August 2.

House Majority Leader Eric Cantor said this morning that Republicans are seeking spending cuts that will exceed the amount of the debt ceiling increase Congress will pass.

When they meet today, Mr. Obama will seek a deal to cut as much as $4 trillion in spending over the next decade, Democratic sources familiar with the talks tell CBS News. As part of that deal, Democrats want to Republicans to agree to close certain tax loopholes and raise taxes on the highest-earning Americans.

In response to a question about whether the GOP will agree to close tax loopholes, Boehner said, "We believe in comprehensive tax reform."

Tax reform, he said, would make America more competitive and help create jobs, and "is something under discussion." However, he added, "We are not interested in raising taxes on the American people."

Boehner said that entitlement programs like Social Security are important, but that spending on the programs must be reduced. "If they're not reformed they won't exist in the future," he said.

"The president has always said that while Social Security is not a major driver of the deficit, we do need to strengthen the program," he said. "The president said in the State of the Union Address that he wanted to work with both parties to do so in a balanced way that preserves the promise of the program and doesn't slash benefits."