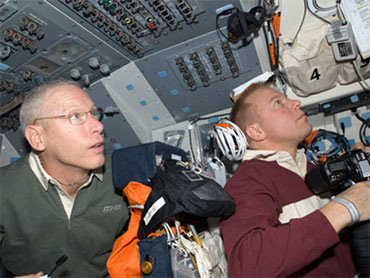 Senate Republicans lost a third attempt to curb medical malpractice lawsuits Wednesday but said they will keep forcing votes on an issue they blame for rising health care costs.

On a 49-48 vote, GOP leaders fell 11 votes short of the 60 needed to force the Senate to consider their bill to cap pain-and-suffering damages that juries can award in malpractice suits against obstetricians and emergency room doctors.

Majority Leader Bill Frist, R-Tenn., says the GOP won't give up on getting medical malpractice legislation wanted by physicians and insurance companies through the Senate this election year.

"We are going to keep bringing this issue back because the crisis is getting worse," he said.

Republicans say their measure could help reduce unnecessary lawsuits and higher malpractice premiums that make it harder for doctors to practice. They tried last year and again earlier this year to force votes on similar measures but failed.

Democrats accuse Republicans of playing up to their donors in the medical and insurance lobbies and say that limiting damages is unfair to injured patients and their families.

"I've never seen such special-interest legislation," said Sen. Patrick Leahy, D-Vt. "Instead of going about doing the people's business, we seem to be going about the political action committees' business, and that's why, of course, nothing is getting done."

The Association of Trial Lawyers of America, allied to many Democrats, say insurers' poor returns on investments are more responsible for premium increases. The group also argues that state-imposed caps on damages do not lead to drops in premiums.

A group opposing the bill filed a complaint against Frist, a heart surgeon, for participating in the debate since his family founded the HCA hospital chain and its subsidiary malpractice insurer, Health Care Indemnity.

The legislation "would directly benefit his family's hospital chain and insurance company and increase his personal fortune," the Foundation for Taxpayer and Consumer Rights said in a letter to the Senate Ethics Committee.