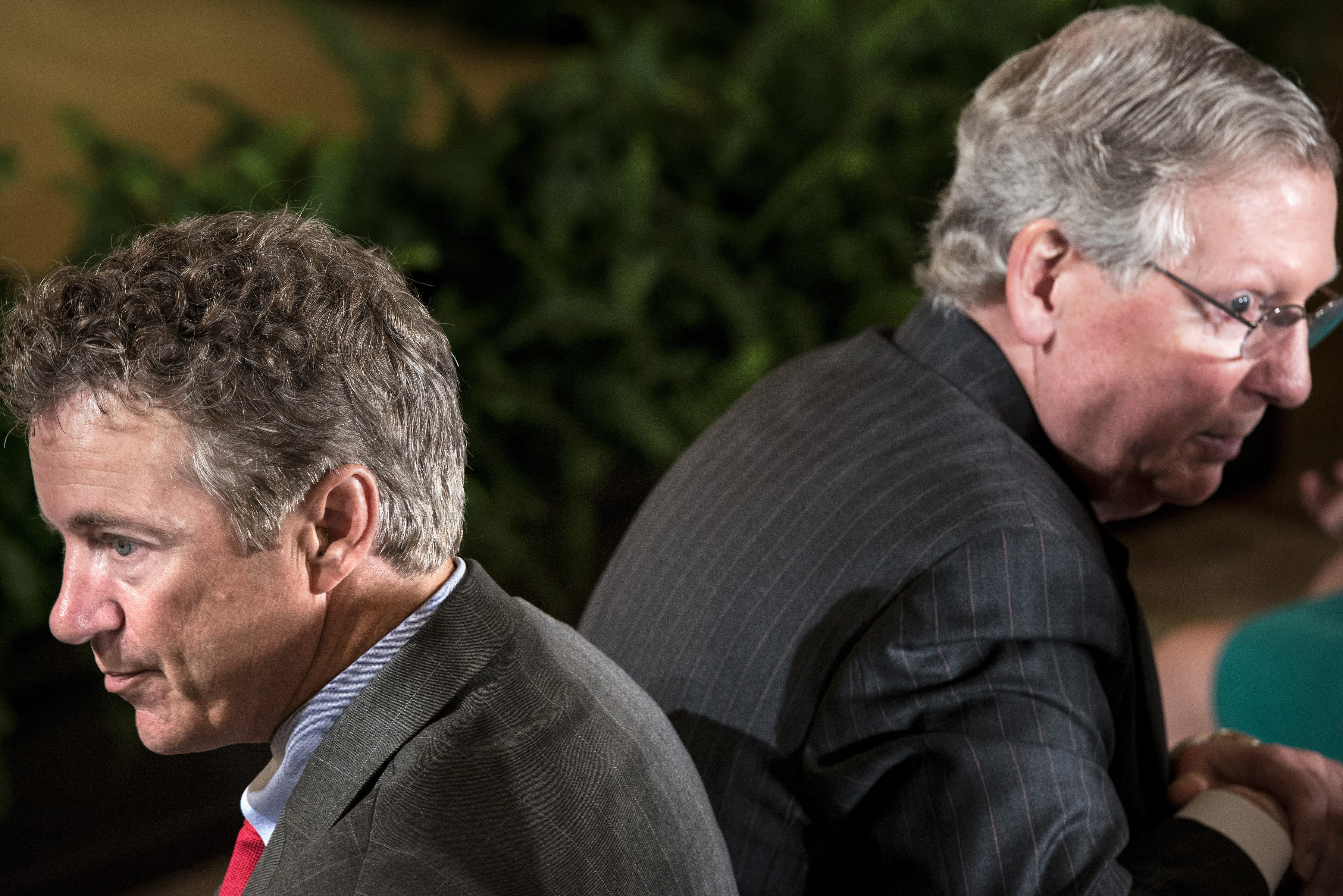 Just as a key provision in the Patriot Act -- which allows the National Security Agency to collect Americans' telephone data en masse -- faces expiration at the end of the month, the party in control of Congress remains divided about its reauthorization.

At the heart of the debate is the renewal of Section 215, which the National Security Agency has used as a legal justification for their bulk phone data collection program. The provision is set to expire on May 31 unless Congress takes steps to renew it. The NSA's telephone metadata collection program was also recently ruled unconstitutional by a federal appeals court -- to the ire and bewilderment of some in the Senate, and to the applause of others.

"The court has ruled that the bulk collection of all our phone records all of the time is illegal so really it ought to stop," Republican presidential candidate and Kentucky Sen. Rand Paul said Sunday on NBC News.

With time running out on the provision, some in the Republican party are launching their own efforts to prevent what they view as a gutting of the Patriot Act.

Senate Majority Leader Mitch McConnell, R-Kentucky, has recently proposed his own renewal of the bill that would last until 2020.

"This has been a very important part of our effort to defend the homeland since 9/11," McConnell said Sunday on ABC News. "I don't want us to go dark, in effect, and I'm afraid that the House-passed bill will basically be the end of the program, and we'll not be able to have yet another tool that we need to combat this terrorist threat from overseas."

Last week, the House passed an NSA reform bill, setting up the Senate for a similar showdown. But before a version of the administration-backed House legislation -- called the USA Freedom Act -- can be taken up by the Senate, McConnell has filed for a temporary two-month reauthorization for the Patriot Act's sunsetting provisions.

The majority leader said that he would rather see "a couple of months extension of the existing program so we can get reassurance that this new bill that passed the House can actually work."

But Sen. Paul expressed dismay at his colleague's idea.

"I don't want to replace it with another system," Paul said, answering a question about the temporary extension. "I really think that we could get along with a Constitution just fine. We did for over 200 years -- you can catch terrorists."

Paul further alluded to the Tsarnaev brothers responsible for the Boston Marathon bombing, saying that there was a possibility of preventing the tragedy if the U.S. were "not spending so much time and money collecting the information of innocent Americans."

"I want to spend more time on people we have suspicion of and we have probable cause of and less time on innocent Americans," Paul said. "It distracts us from the job of getting terrorists."

Paul even took to Twitter last week announcing his plans to end the agency's dragnet program -- even if he has to go it alone.

Paul has also found a supporter in his Democratic colleague from Oregon, Sen. Ron Wyden. Wyden, a vocal critic of NSA surveillance, said last week that he too would participate in a filibuster of the Patriot Act extension.

And though Paul has batted at Congressional leadership over privacy issues in the past, his fellow Kentucky senator this time around has dismissed the presidential candidate's rhetoric.

"Everybody threatens to filibuster," McConnell added Sunday. "We'll see what happens. But this is the security of the country that we're talking about here. This is no small matter."

"Rand Paul and I agree on most things," the Kentucky Republican said. "We don't agree on this."