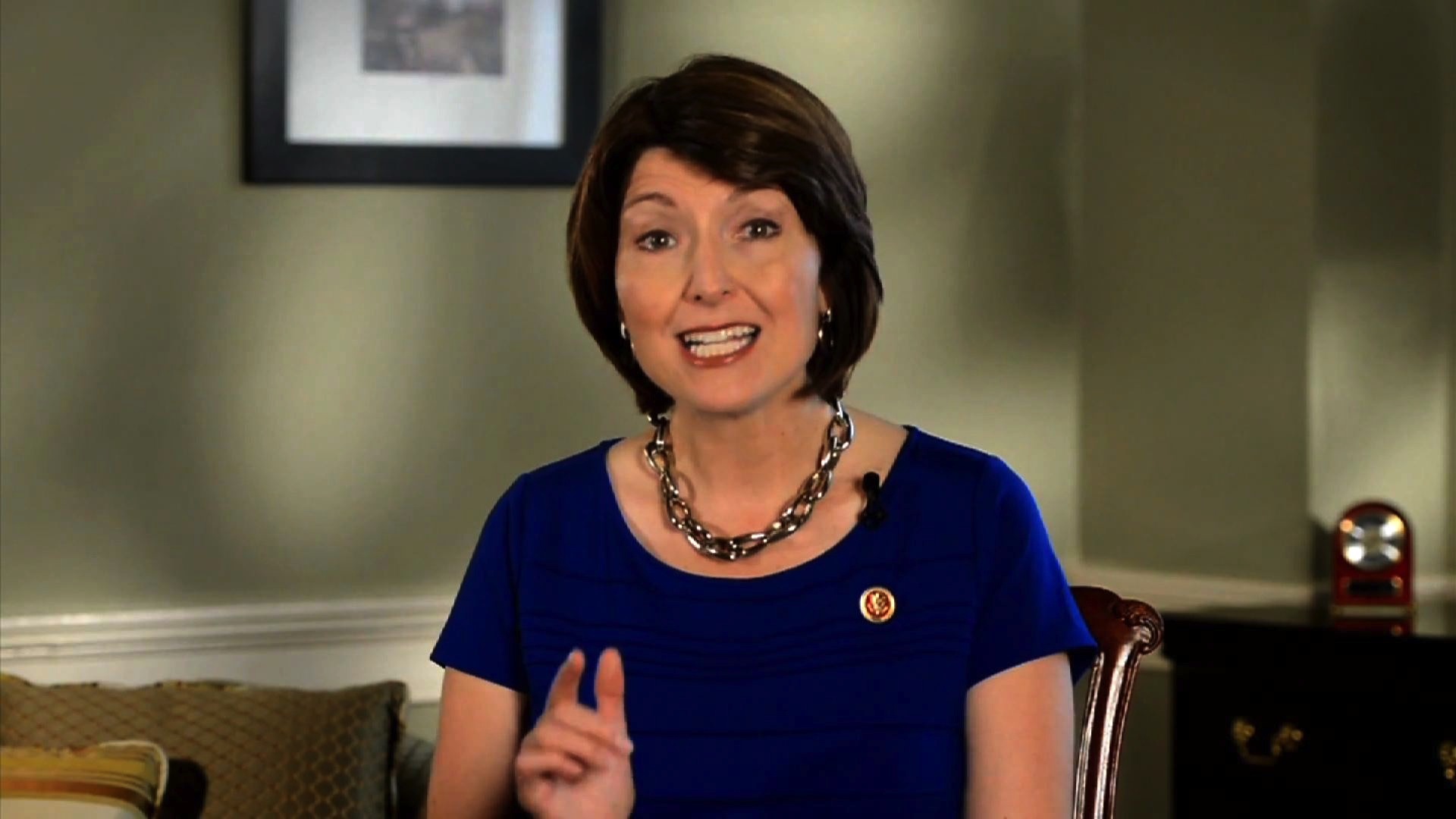 Looking past the still-unresolved budget fight that threatens to shut the government down Tuesday, Rep. Cathy McMorris Rodgers, R-Wash., fixed her sights on a later fiscal deadline in the weekly Republican address Saturday, defending Republicans' proposal to tie an increase in the debt ceiling to a host of conservative causes like delaying Obamacare and approving the Keystone XL pipeline.

"Coupling an increase in the debt limit with efforts to rein in spending is common sense - so much so that it's been used by presidents from both parties," she said, citing bills signed by former Presidents Reagan, George H.W. Bush and Clinton and President Obama himself.

"Every major deficit reduction effort of the last 30 years has been tied to the debt limit," she said. "This time should be no different."

"Unfortunately, the president is now demanding that we increase the debt limit without engaging in any kind of bipartisan discussions about addressing our spending problem," she said. "He wants to take the easy way out."

The Treasury Department announced Wednesday that the federal government will reach its borrowing limit, called the "debt ceiling," by Oct. 17. If Congress fails to reach an agreement to lift the cap before then, the government will be unable to borrow any more money, interrupting all manner of federal disbursements and potentially defaulting on the nation's debt.

The last time Congress raised the debt ceiling, in the summer of 2011, the brinksmanship that preceded the vote compelled Standard & Poor's rating agency to downgrade the credit rating of the United States for the first time in the nation's history. Some lawmakers, mostly Democrats, have warned that another round of high-stakes theatrics could deal further damage to the economy if Republicans insist on tying the debt ceiling to unrelated political goals.

It's a message Mr. Obama himself carried in his weekly address Saturday, calling on congressional Republicans to drop their wish list before it's too late.

Failure to raise the debt ceiling, he warned, "would be an economic shutdown, with impacts not just here, but around the world."

"Unfortunately some Republicans have suggested that unless I agree to an even longer list of demands - not just gutting the health care law but things like cutting taxes for millionaires or rolling back rules on big banks and polluters - they'll push the button, throwing America into default for the first time in history and risk throwing us back into recession," he said.

"I don't know how to be more clear about this," he said. "No one gets to threaten the full faith and credit of the United States of America just to extract ideological concessions. No one gets to hurt our economy and millions of innocent people just because there are a couple laws you don't like. It hasn't been done in the past, and we're not going to start doing it now."

"I will work with anyone who wants to have a serious conservation about our economic future," he said, "but I will not negotiate over Congress' responsibility to pay the bills it has already racked up."

In his address, the president also urged Congress to resolve the more imminent budget crisis, touting the benefits of Obamacare and condemning Republicans for inviting a government shutdown by insisting on the law's defunding as part of a budget deal.