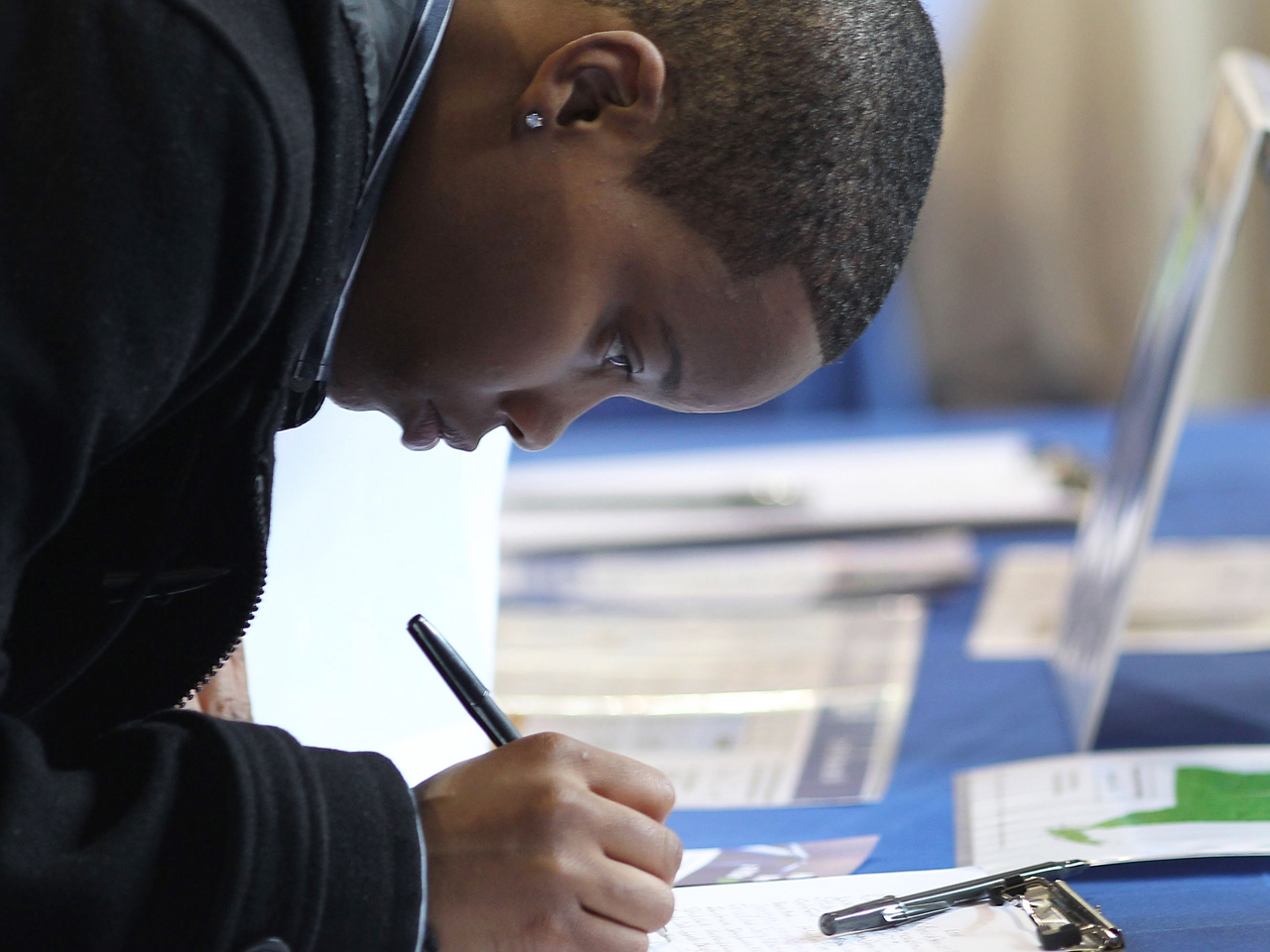 The Labor Department on Friday reported a solid 192,000 jobs were added to the economy in March. The uptick in jobs was generally good news, but the Republican National Committee spotlighted one group still lagging: young adults.

"Young people propelled Obama to office, but have not seen any benefits from his agenda," Republican National Committee spokesman Raffi Williams said in a statement. "The latest youth unemployment figures show how Obama's policies of higher taxes, increased regulations and, most importantly, ObamaCare have stunted Millennials economic opportunity."

"Young adults continue to face unemployment rates twice the national average, so cuts like those proposed in the House Budget Committee's FY2015 budget undermine our generation's chance at getting a job and climbing the ladder of economic mobility," Jen Mishory, the group's deputy director, said in a statement. "We need solutions that invest in young people and connect them to the workforce, like increasing apprenticeships and an expansion of AmeriCorps."

"One of the tragedies of high youth unemployment is that when young people don't have a strong attachment to the labor market early, that can continue for the rest of their careers and they never fully recoup what's lost in terms of their potential earnings and their ability to advance in the labor market," Mr. Obama said.

With respect to the Labor Department's latest report, White House spokesman Josh Earnest on Friday called it "pretty encouraging." Since the recession started at the outset of the Obama administration, the nation has made "a ton of progress," he said, adding that "we're not going to rest on our laurels."

"There is so much work that needs to be done to expand economic opportunity for everybody," Earnest said.

Democrats in Congress used the report to push their economic and political agenda, which focuses on pocketbook issues like raising the minimum wage.

"This continued job growth is encouraging, but we need to do more to ensure that everyone in Nevada and across the country has a fair shot at the American Dream," Senate Majority Leader Harry Reid, D-Nev., said in a statement. "My Republican colleagues have a choice: will they join Democrats to stand with the middle class, or will they continue to stand with the Koch brothers as they try to rig our political system to benefit billionaires like themselves?"