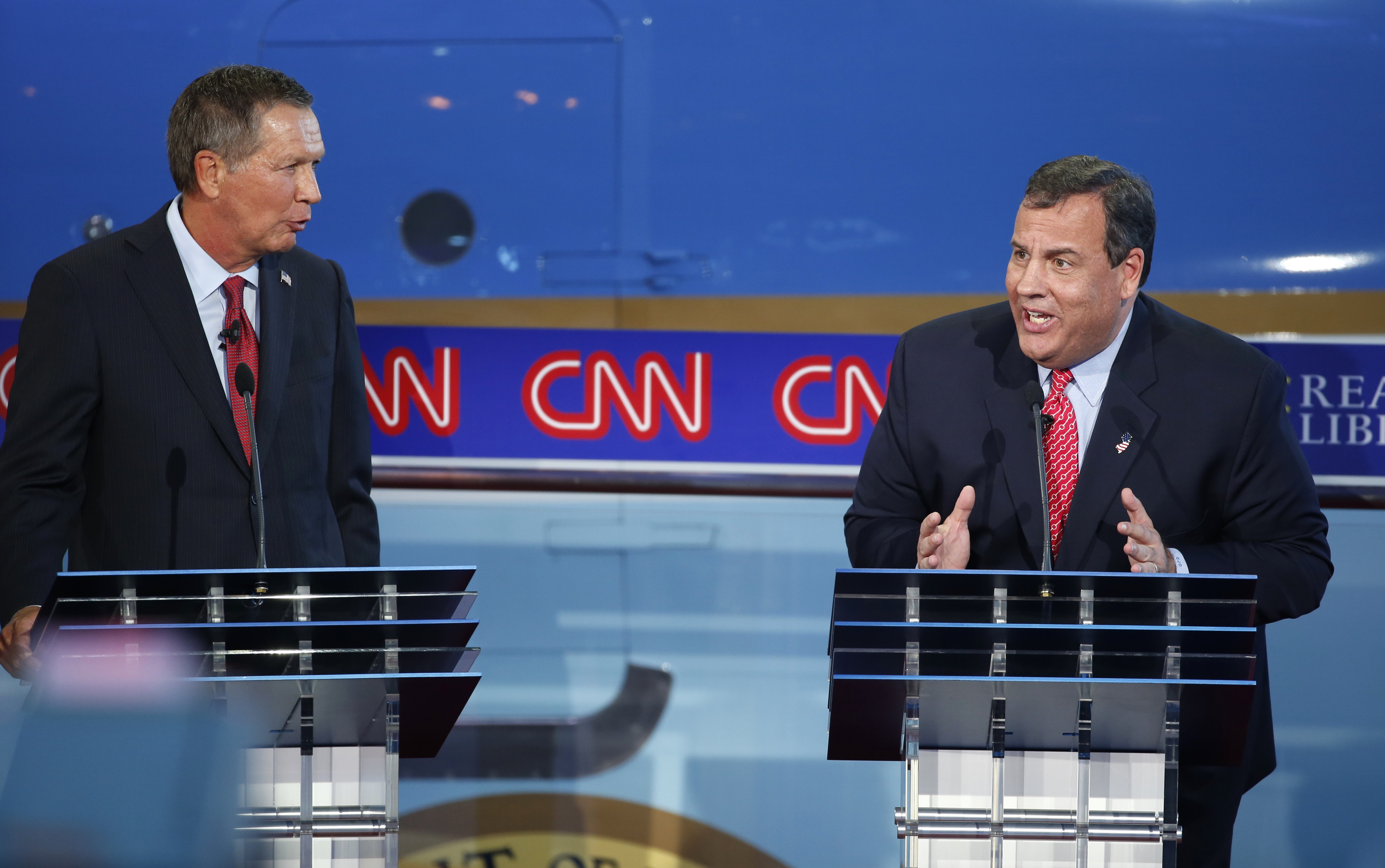 During Wednesday's second Republican presidential debate, New Jersey Gov. Chris Christie referenced his experience as U.S. attorney and pointed to the day of his appointment -- one day, he said, before terrorists attacked the World Trade Center on September 11, 2001 -- as a life-changing event.

The GOP contender, responding to a question posed by debate moderator Jake Tapper on handling terrorist attacks, went on to praise Bush's actions after that day.

"I support what President Bush did at that time, going into Afghanistan, hunting al Qaeda and its leaders," Christie added. "And then he went to prosecutors like us, and he said, never again. Don't prosecute these people after the crime is committed. Intervene before the crime happens. I absolutely believe that what the president did at the time was right."

But Christie wasn't actually nominated until months after the World Trade Center attacks.

In fact, then-President Bush only publicly announced his intention to nominate Christie on December 7, 2001 in a White House press release.

In Christie's defense, though, the New York Times reported that his appointment had been expected for months, and according to a New Jersey Star-Ledger article, Christie was indeed notified by the White House on September 10, 2011 that he was the president's choice for the job, and the administration intended to announce his appointment much earlier than December. The Washington Post reported that the Bush administration informed Christie just two weeks later that his official nomination for the post would be delayed: In the wake of the September 11 attacks, no FBI agents were available to conduct his background check.

Once Christie was nominated for the prosecutor position, he was confirmed just two weeks later by the U.S. Senate on December 20, 2001. He began his tenure as U.S. attorney in January 2002 and eventually left the office in December of 2008.

The Republican contender made a similar comment in last month's debate about his nomination, when he said that he "was appointed U.S. attorney by President Bush on September 10, 2001 -- and the world changed enormously the next day."

"He was making the point that the world changed the next day," Smith told NJ.com. "So that was the context: The point he was making was that on Sept 10th, when he got the call (from Bush), it was a very different world than Sept. 11th."