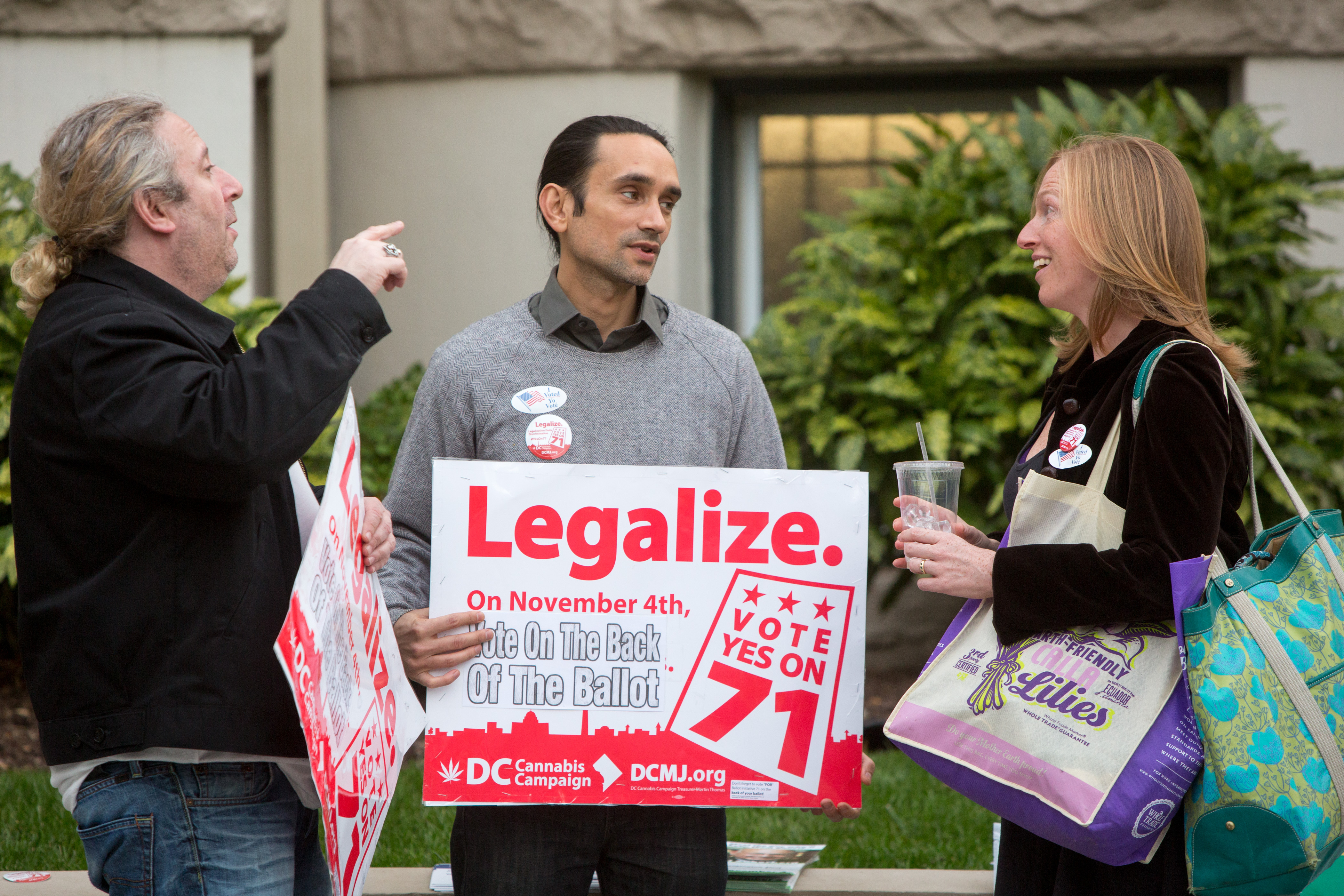 Washington D.C. Mayor Muriel Bowser said that Initiative 71, a marijuana legalization measure passed by 70 percent of the District's voters last November, will take effect on Thursday despite a warning from two Republican congressmen to halt its implementation.

"Our government is prepared to implement and enforce Initiative 71 in the District of Columbia," Bowser said at a press conference Wednesday.

"We believe that we're on very strong legal ground," she added.

On Tuesday night, a powerful duo of House Republicans delivered a dramatic warning to Bowser: If the city moves forward with legalizing pot, they promised, there will be hell to pay.

"Your assertion that Initiative 71 takes effect on Thursday is contrary to law," wrote Reps. Jason Chaffetz, R-Utah, and Mark Meadows, R-North Carolina, in a letter sent to Bowser. "We strongly suggest you reconsider your position."

"If you decide to move forward tomorrow with the legalization of marijuana in the District, you will be doing so in knowing and willful violation of the law," they added.

The lawmakers said the House Oversight Committee, which Chaffetz chairs, is investigating Bowser's push to move forward with legalization.

"Bullying the District of Columbia is not what his constituents expect, nor do ours," Bowser said in response to the Chaffetz's complaints. "We're going to continue with our good faith discussions with the chairman around the issues that are important to the District."

The initiative, if it takes effect Thursday, will legalize up to two ounces of marijuana for private, personal use among adults. Selling or buying pot would remain illegal, as would smoking in public spaces. The possession of marijuana -- for recreational, medical or any other use -- remains illegal under federal law.

D.C. residents could cultivate up to six plants in their home at once, with only three plants matured at any given time. For households with multiple adults, those limits are 12 and six plants respectively. City officials are promoting the motto "home use, home grown" to underscore the restrictions.

After the measure passed by a wide margin on Election Day, city officials said they would begin drawing up regulations to govern the sale and use of marijuana in the District, potentially clearing the way for the kind of dispensary model seen in states like Colorado and Washington that have already legalized pot.

But in December, Rep. Andy Harris, R-Maryland, hit the brakes, inserting language into a government funding bill that barred the District from using any federally appropriated money "to enact any law, rule, or regulation to legalize" pot for recreational use. The bill cleared both chambers of Congress during the lame duck session and was signed by President Obama.

As far as Chaffetz and Meadows were concerned, that closed the case. "Given Congress's broad powers to legislate with regard to the District of Columbia, it would be unprecedented for the District to take actions proscribed by legislation passed by Congress and signed by the President," they wrote to Bowser.

D.C. officials, including Bowser and Eleanor Holmes Norton, the District's non-voting delegate to the House of Representatives, have argued that the restrictions Congress passed do not apply to Initiative 71, because the measure was passed by D.C. voters more than a month before Congress took action to prevent legalization.

But the GOP lawmakers argued that any initiative passed by D.C. voters is not considered "enacted" until after a 30- or 60-day congressional review period. In this case, they said, that period elapsed after Congress passed the bill prohibiting pot legalization.

Chaffetz and Meadows asked Bowser to provide the names of any D.C. government employee "who participated in any way in any action related to the enactment of Initiative 71." They also requested an accounting of the money spent on the process, and any related documents or communications.

In an interview with the Washington Post, Chaffetz minced no words in describing how seriously he's taking the matter.

"There are very severe consequences for violating this provision," he said. "You can go to prison for this. We're not playing a little game here."