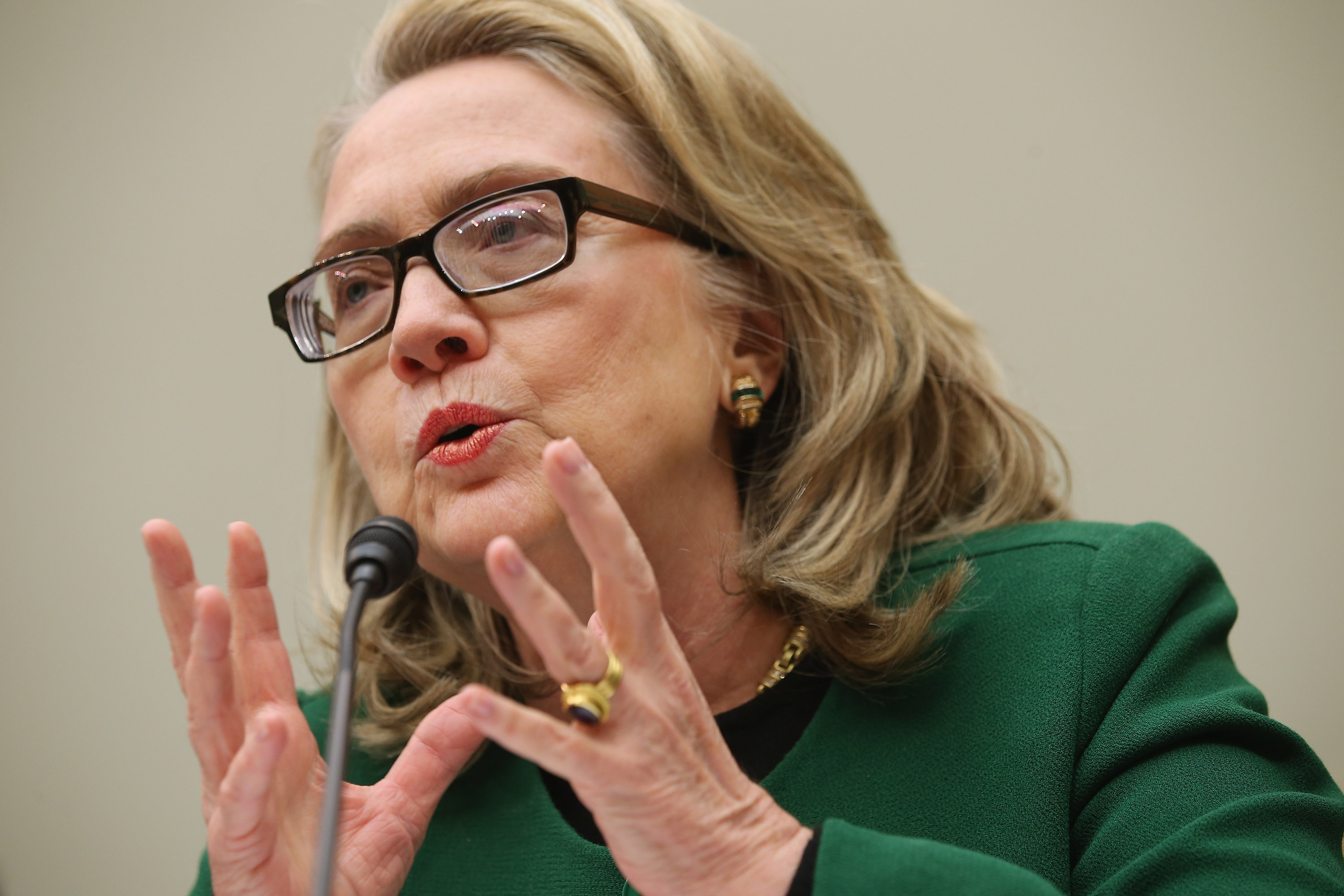 A day after releasing an interim report that blames former Secretary of State Hillary Clinton for reducing security levels at the U.S. consulate in Benghazi, Libya before it was attacked, a group of House Republicans are asking President Obama to publicly release more documents related to the September 2012 attack.

The Republican leaders of five committees -- the House Armed Services, Judiciary, Foreign Affairs, Intelligence and Oversight and Government Reform Committees -- sent a letter to Mr. Obama, asking for the public release of an April 19 State Department cable denying more security in Libya. The cable, which bears Clinton's signature, was cited in the interim report as evidence that Clinton approved security reductions at the consulate, contrary to what she said before Congress earlier this year.

The congressmen also asked Mr. Obama to give their committees all versions of the Benghazi talking points, as well as all documents and communications that were previously provided for "in camera" review.

"Access to this information cannot be dictated by the political interests of the Executive Branch," the letter says.

In response to the request, White House spokesman Jay Carney on Wednesday dismissed the issue of Clinton's signature as "a perfect example of an attempt to politicizes something when it's wholly unnecessary."

He explained that it's "standard protocol" for cables leaving Washington to bear the "signature" of the department head -- in other words, cables from the State Department simply have Clinton's name on the bottom.

"In this way, Secretary Clinton and others before her signed hundreds of thousands of cables" as secretary, he said. "Efforts to politicize this have failed in the past and they are not helpful to the broad national security interests we share."

First, the committees' Republicans conclude that Clinton approved security reductions at the consulate, pointing to evidence such as the April 2012 cable bearing her signature. The cable was a formal request from then-U.S. Ambassador to Libya Gene Cretz for more security. In her testimony before Congress in January, Clinton said, "With specific security requests they didn't come to me. I had no knowledge of them."

The interim report also charges that White House and senior State Department officials attempted to protect the State Department from criticism by altering accurate talking points drafted by the intelligence community. For instance, the report says that, after a Sept. 15, 2012 meeting, administration officials removed references to the likely participation of Islamic extremists.

The five committees have been investigating the Benghazi attack for months and continue to probe into unanswered questions. As CBS News' Sharyl Attkisson has reported, a number of whistleblowers relevant to the State Department, CIA and Defense Department are now speaking to Congress.

The Obama administration responded to the report by suggesting it hasn't revealed any new information.

"The report just released by the House Republican Conference on Benghazi appears to raise questions that have already been asked and answered in great detail by the Administration," National Security Council spokeswoman Caitlin Hayden said in a statement. "We have taken extraordinary steps to work with five different committees in Congress in investigating what happened before, during, and after the Benghazi attacks."

Hayden noted specifically that the administration gave Congress access to ten thousand pages of documents and that senior agency officials have briefed congressmen publicly and privately on the matter. She also noted the State Department's Accountability Review Board, an independent body, called the interagency response to the attack "timely and appropriate."