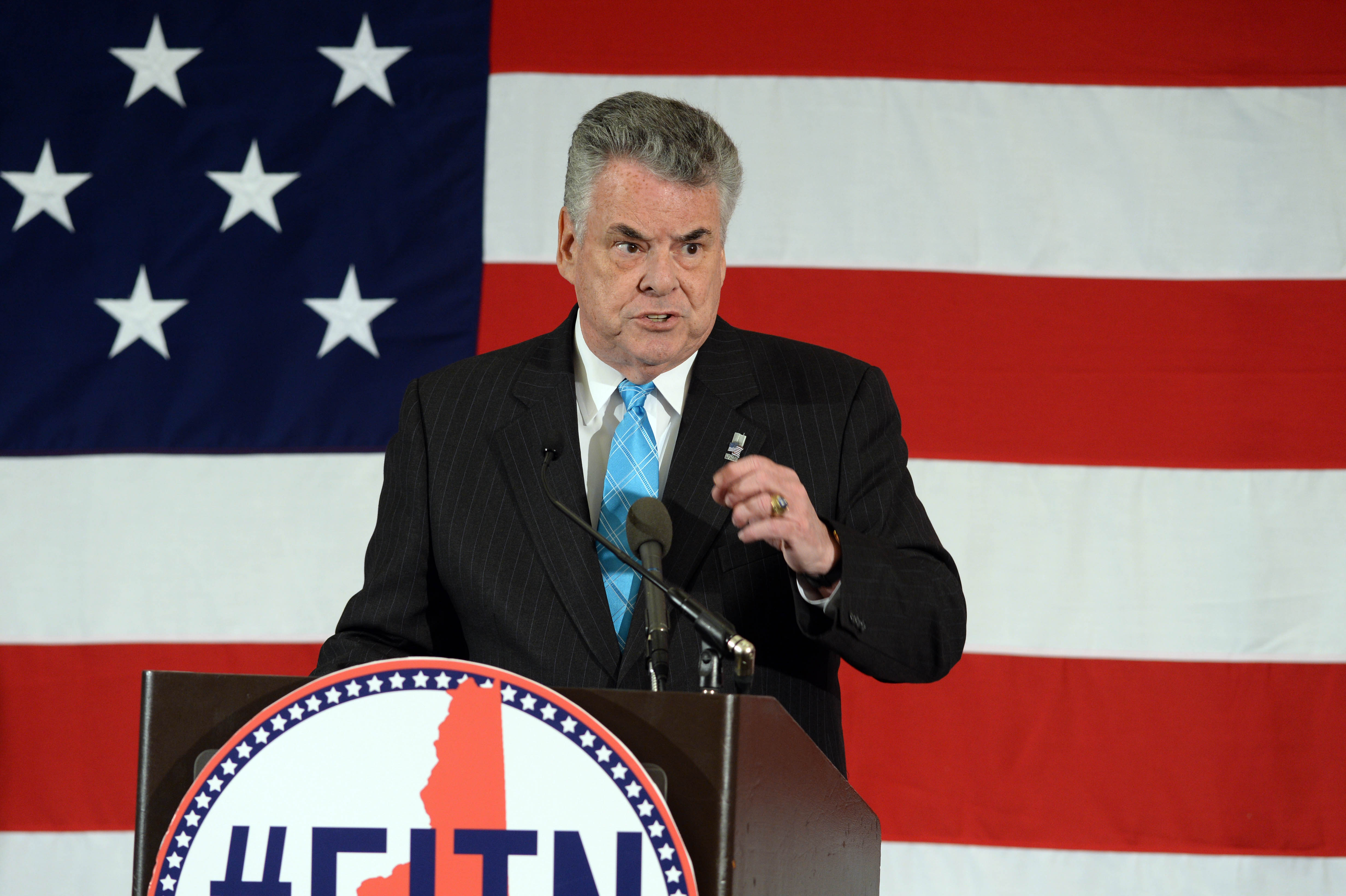 "Well, first of all, in case anybody gets confused, I'm not endorsing Ted Cruz. I hate Ted Cruz," King said on MSNBC. And not to put too fine a point on this - King is a Republican.

"And I think I'll take cyanide if he got the nomination," King finished.

King has been an outspoken critic of Cruz, even at point saying, "Any New Yorker who even thinks of voting for Ted Cruz should have their head examined."

Does this mean King is going to vote for the overwhelming favorite and native son, business mogul Donald Trump, in Tuesday's New York primaries? Not quite.

"I think you are going to see Donald Trump scoring a big victory tonight," King said. "I do not endorse Donald Trump. In fact, I actually voted by absentee ballot for John Kasich. I'm not endorsing John, but I voted for him to really send a message."

To be clear, it's not an endorsement of the current Ohio governor. It is just a vote, the same rationale former New York mayor Rudy Giuliani used in his non-endorsement and vote for Trump.

When pressed by MSNBC hosts why he wouldn't just come out and endorse Kasich, King said, "First of all, it's not a fear, I endorsed Marco Rubio and he lost and I stopped that now. With John Kasich, if I thought that John Kasich had a viable chance, I'd come out and endorse him. But I want to keep my powder dry because this may go to the convention."

King also had some not so subtle criticism of Trump.

"The likelihood is Donald Trump is going to be at the nomination. I want Donald Trump to know that if he wants to support our Republicans, he's gotta get more substance, he's got to really learn what he's talking about."

"He can't just be talking off the top of his head and making reckless charges, so really what I'm saying is that also, it's a good suggestion that maybe John Kasich would be a good choice of Vice President."

Trump is the overwhelming favorite to win the New York primary on Tuesday and to take home most of the 95 delegates at stake. The latest CBS battleground tracker has Trump at 54 percent in the state, with Cruz at 21 percent, followed by Kasich at 19 percent.