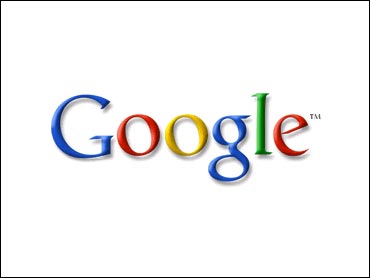 Google Inc. is using its popular Internet search technology to find information and images broadcast on television, continuing a recent effort to extend its reach beyond the Web.

The company is to introduce the new video service Tuesday; it will be operated separately from the search engine offered on Google's home page. The feature pinpoints content previously aired on a variety of television networks by scanning through the closed caption text that many programmers offer.

The TV product represents Google's latest attempt to get a better handle on the reams of information that isn't stored on Web pages. The company recently set out to scan millions of books from several major libraries into its search engine and is offering a program that finds material stored on computer hard drives.

"We think TV is a big part of people's lives," said Jonathan Rosenberg, Google's vice president of product management. "Ultimately, we would like to have all TV programming indexed."

Google instead is displaying up to five still video images from the indexed television programs, as well as snippets from the show's narrative. The search results also will provide a breakdown on when the program aired and when an episode is scheduled to be repeated. Local programming information will be available for those who provide a ZIP code.

Rival search engine Yahoo Inc. also has been tinkering with a product that finds video available for Webcasts. Hoping to counter Google's initiative, Yahoo planned to step up the promotion of its video search tools Tuesday.

If the Google and Yahoo services attract a following, more television programmers may be compelled to provide better online access to their content, Li said. "Video search is going to be a very long-term play."