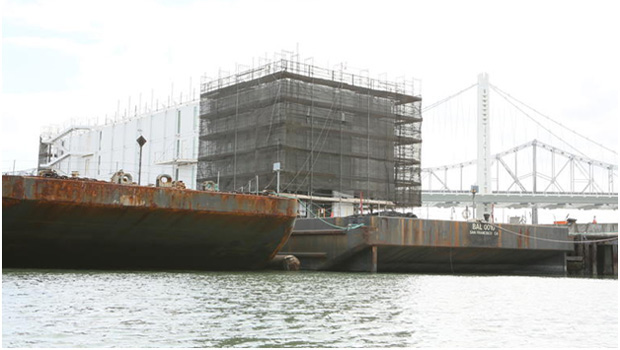 Google may have wanted its infamous floating showrooms to grab the spotlight from Apple's popular retail stores, but it's a safe bet Apple CEO Tim Cook hasn't lost any sleep over the Google Barges.

That's likely even more true now that it appears Google is getting out of the barge business, at least on the East Coast. A local paper in Portland, Maine, reported Thursday that the search giant had sold the unfinished barge project it had there, and that the barge will be scrapped.

Constructed in secret in a huge hangar in San Francisco Bay and in New London, Conn., in 2013, two large Google Barges were intended to serve as play and demonstration spaces where VIPs, and one day the public, could check out the latest projects from Google X, the lab working on big-idea projects like Google Glass and self-driving cars. But the barge project remains in dry dock -- neither the one in Maine nor the one now housed in Stockton, Calif., has opened.

That makes Google's dream of operating a destination retail experience just that: a dream.

"It's unlikely they could [have ever stolen] Apple's thunder," said Horace Dediu, an independent technology-industry analyst who frequently covers Apple. "When you do technical projects, or have ideas like this, you should have a good taste of what people want, and that's not something I've seen Google succeed with. If it's about launch projects that resonate, that's the magic of Apple, and the lack of magic with Google."

CNET last year was the first to tie Google to the mysterious barge project moored alongside Treasure Island in the San Francisco Bay, and then to a second, almost identical structure that had showed up a couple of weeks earlier in Portland, Maine.

Documents Google filed with the Port of San Francisco in August, 2013 showed that the company planned on using the structures to showcase many of its futuristic products and projects. Sources told CNET at the time that Google wanted to launch stores without looking like it was trying to chase Apple, which as of September 2013 had a retail network of 416 stores around the world. An October 2013 report by CBS San Francisco referred to the project as "a floating marketing center, a kind of giant Apple store."

But instead of launching the showrooms to fanfare and public acclaim last November, as Google had planned (according to the documents it filed with the Port of San Francisco), the barges sat idle and unfinished.

The search giant has had little to say publicly about the project. In November it issued a brief statement: "Google Barge...A floating data center? A wild party boat? A barge housing the last remaining dinosaur? Sadly, none of the above. Although it's still early days and things may change, we're exploring using the barge as an interactive space where people can learn about new technology."

The company didn't respond to requests for comment for this story.

No change at all

For months, anyone driving west across the San Francisco-Oakland Bay Bridge and looking over the edge near Treasure Island could see the Google Barge moored below.

When CNET first encountered the structure last October, it was teeming with construction workers, with Google CEO Larry Page's private yacht docked alongside. Within days, work stopped altogether, most likely because of a late October inspection by the US Coast Guard. In the weeks and months that followed, no one save for a security guard was ever spotted on board or even near the structure. In December, the San Francisco Bay Conservation and Development Commission (BCDC), a state agency that regulates bay waters, said the project was officially "on hiatus."

Even as the San Francisco Google Barge sat unfinished, so too did the Maine barge. "The assumption," Coast Guard Ensign Connan Ingham said from Portland in late October, was that Google was waiting to complete the San Francisco Bay construction before completing the Maine project.

As the months went by, the San Francisco BCDC grew impatient with the fact that Google hadn't acquired a construction permit allowing it to finish work on the structure. In February, the agency issued an ultimatum: Google had to get the permit, move the barge, or begin paying financial penalties. While those penalties were a paltry $30,000 (Google has quarterly sales of $16 billion), the company decided to move the barge beyond BCDC's jurisdiction.

In March, it towed the structure to Stockton, Calif., an inland delta town about 80 miles east of San Francisco.

At the time, Google reportedly signed a six-month lease, with docking fees of about $10,000 a month. Its plans were still unknown, though the company did say then that, "It's been a busy six months for our barge and it's grown tired of all the attention, so we are moving it to Stockton where it can have a break, enjoy the city's delicious asparagus and warmer climate, and get a bit of rest before its next chapter."

According to Port of Stockton Director Richard Aschieris, Google hasn't done any work there either. Nothing has changed since the March move and Google continues to pay docking fees, Aschieris said in an interview Thursday.

Apple stores have become a model for high-quality retail-technology experiences. The stores racked up $20.2 billion in sales in fiscal 2013 and accounted for 12 percent of Apple's total revenue.

Though it would be difficult for Google to undermine Apple's retail empire, Page and his team may have wanted to make their own mark in retail with such unique retail environments. The arrival of the Google Barge in cities up and down the West and East Coasts would have generated lots of attention and publicity.

But Dediu, the analyst, thinks Google's ambitions never made any sense. Though he doesn't have specific knowledge of the project or of Google's plans, Dediu questioned show Google could have overcome the many obstacles to retail success -- including serving from a great location, getting all the regulatory approval needed for its floating palaces, passing muster on safety, and more.

While "the size of the vessel implied...that it was a lot bigger than an Apple store, an Apple store would [still] probably get a lot more traffic than that whole ship," Dediu said. "It looked good on paper, but when you start to plug it into society, and plug it into the community, it's like building a great device and not having the bandwidth to feed it. What's the point?"

Portland barge to be scrapped?

On Thursday, the Portland Press Herald reported that Google has sold its East Coast barge to "an international barging company" and that the barge would soon be scrapped.

If true, that brings to a close Google's East Coast floating showroom ambitions. The company spent at least $35 million on the California barge, and about $40 million on the Portland barge, the Press Herald said.

For Google, that's not a material sum.

"Google is one of the few companies that's happy to fail at this kind of thing," Dediu said. "It's worth trying." 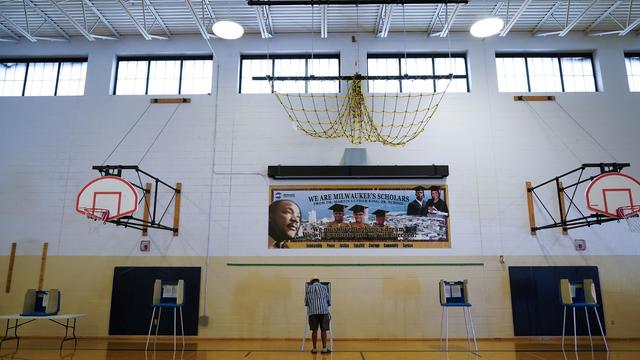