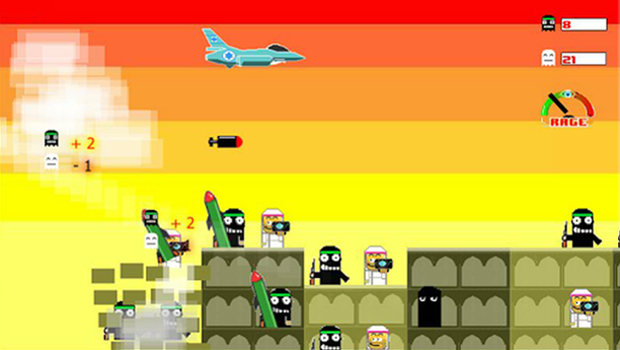 Google has removed a game from its Google Play marketplace that encouraged players to pretend they were Israeli soldiers bombing Gaza City. The game, BombGaza, is no longer available on the app store.

The tech giant said it does not comment on specific apps, but a spokesperson did tell CNET, "We remove apps from Google Play that violate our policies."

BombGaza was released last week and had been downloaded at least 1,000 times before it was removed from Google Play on Monday, according to The Guardian. The goal of the game was to "drop bombs and avoid killing civilians."

The game was an obvious take on the current Israeli-Palestinian conflict where bombing has left Gaza City in shambles and killed more than 1,700 people, including about 400 children, according to Israeli news source Haaretz.

Customer outrage against BombGaza has been fierce since its release. Commenters have shamed the game's creators and Google for initially allowing the game.

"Utterly shameful. Real people, many of them children, are dying in Gaza," wrote one commenter George Coote, according to The Guardian. "Many of those who haven't been killed face life with debilitating injuries, bereavement and without homes. Their suffering is as real as yours or mine, and to make light of it like this speaks of your essential failure as a human. Shame on the creators of this game, and those who 'play' it."

The game was developed by a company called PLAYFTW, which is reportedly run by a man named Roman Shapiro, according to The Guardian. Other games by PLAYFTW include a piano playing app and a space war game.

BombGaza doesn't appear to be in any other app stores; and if it does re-surface, it'll likely be removed just as quickly as it was from Google Play.