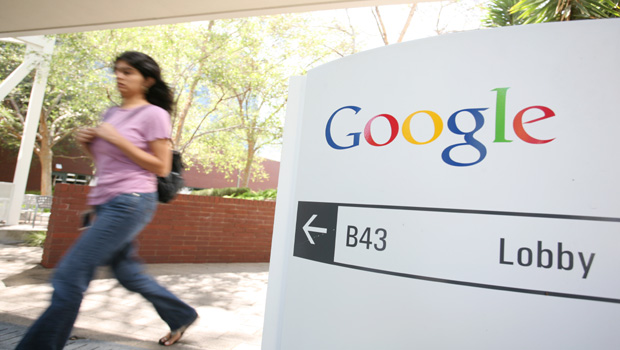 In a groundbreaking disclosure, Google revealed Wednesday how very white and male its workforce is. A company-wide diversity report shows that just 2 percent of Google employees are black and 3 percent are Hispanic. About a third of the company's workforce is Asian.

The gender breakdown is 70 percent male, 30 percent female. But tech and leadership positions at the company are even more male-dominated: about 80 percent of those jobs are held by men.

The search giant said the transparency about its workforce is an important step toward change.

"Simply put, Google is not where we want to be when it comes to diversity," Google Inc. senior vice president Laszlo Bock wrote in a blog post.

The numbers were compiled as part of a report that major U.S. employers must file with the Equal Employment Opportunity Commission. Companies are not required to make the information public and many choose to keep it under wraps.

The gender data is based on roughly 44,000 people Google employed throughout the world at the start of this year. The company didn't factor about 4,000 workers at its Motorola Mobility division, which is being sold to China's Lenovo Group for $2.9 billion. The data on race was limited to Google's roughly 26,600 workers in the U.S as of August 2013.

Will other leading tech companies follow suit? Facebook chief operating officer Sheryl Sandberg recently said the social network is headed toward disclosure as well, but it was important to share the data internally first.

Apple Inc., Twitter and Microsoft Corp. did not respond immediately to queries about possible plans to disclose data.

Hewlett-Packard spokesman Michael Thacker said the firm, with 331,800 worldwide employees, has been publishing this data going back to 2001 as part of a Global Citizenship Report. In their most recent report, almost 7 percent of their U.S. workforce was black, 6 percent Hispanic and 33 percent were women.

While tech firms have hired more women in recent years, according to data from the Bureau of Labor Statistics, women still make up only about 30 percent of the technology workforce. LinkedIn reports they only hold about 15 percent of software engineering jobs.

Bock said Google has been working to diversify, not just its offices but in the broader tech sector. Since 2010, the firm has given more than $40 million to organizations working to bring computer science education to women and girls, he said.

The company also is working with historically black colleges and universities to elevate coursework and attendance in computer science, he said in the blog post.

"But we're the first to admit that Google is miles from where we want to be, and that being totally clear about the extent of the problem is a really important part of the solution," he said.

Gender and ethnic disparities are reflected throughout the tech industry. About 7 percent of tech workers are black or Latino in Silicon Valley and nationally. Blacks and Hispanics make up 13.1 and 16.9 percent of the U.S. population, respectively, according to the most recent Census data.

In the coming months, Google said, it will work with the Kapor Center for Social Impact, a group that uses information technology to help close gender and ethnic gaps in the Silicon Valley workforce. The center will be organizing a Google-backed conference in California focusing on issues of technology and diversity.

Co-founder Freada Kapor Klein, who started the Level Playing Field Institute 13 years ago to teach and mentor black and Latino students in science and math, said Google is showing leadership "which has been sorely needed for a long time."

"Google is the company known for the moonshot, and applying that part of Google DNA to this problem is a breath of fresh air," she said.

Earlier this year, the Rev. Jesse Jackson launched a campaign to diversify Silicon Valley, asking to meet with leaders of several iconic technology companies about bringing black and Hispanics into their workforce and leadership.

Since then, he's been leading delegations to annual shareholder's meetings at firms including Google, Facebook, eBay Inc. and Hewlett-Packard.

On Wednesday, Jackson said Google is to be commended.

"It's a bold step in the right direction. We urge other companies to follow Google's lead," he said. "Silicon Valley and the tech industry have demonstrated an ability to solve the most challenging and complex problems in the world. Inclusion is a complex problem - if we put our collective minds together, we can solve that too."

"It is a big deal for them to be transparent about something that most companies haven't in the past been willing to share," she said.