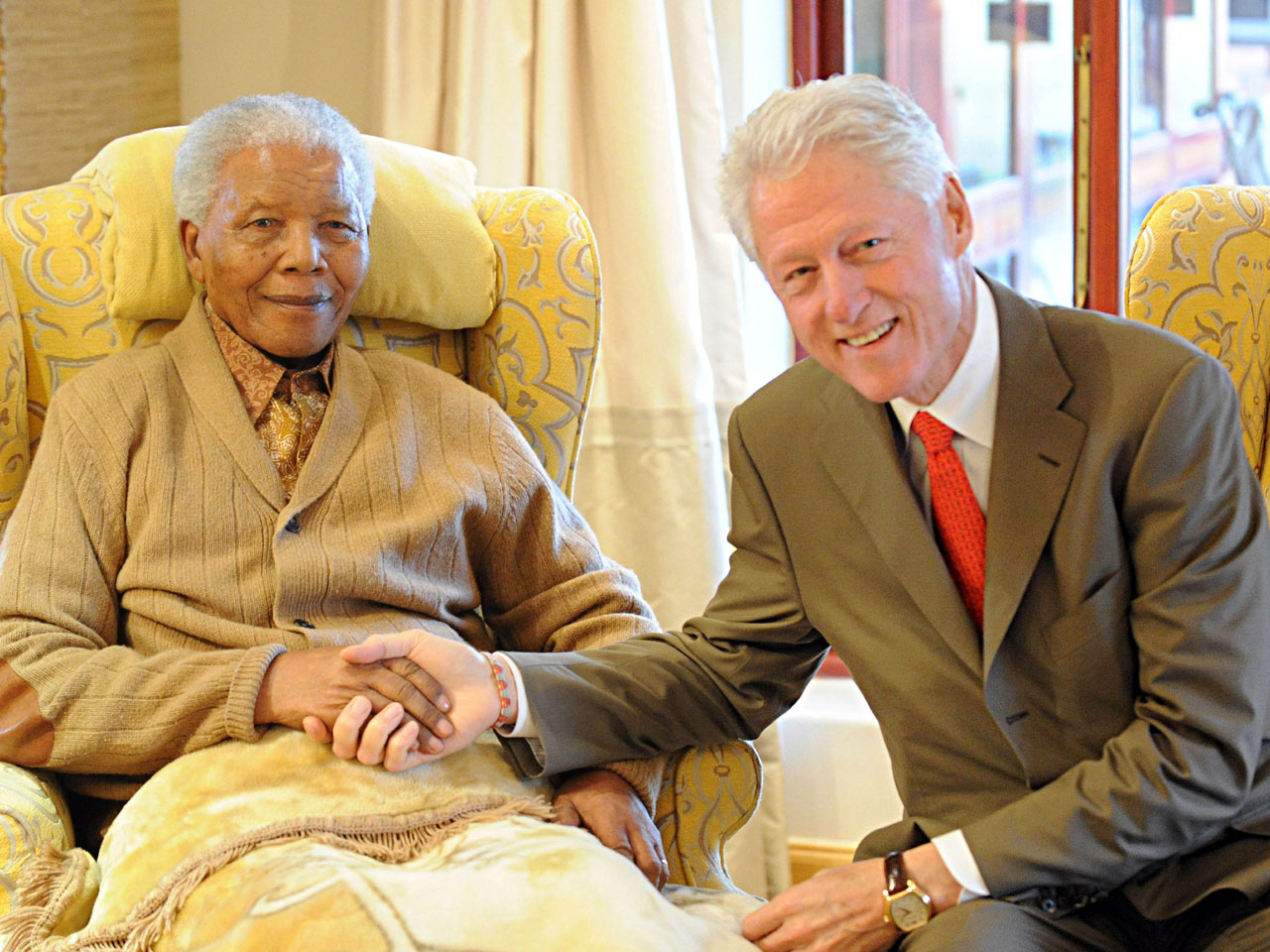 (AP) JOHANNESBURG - Annah Nankie Nhlapo has been waiting 22 years for a home. On a dusty narrow road on the outskirts of Johannesburg, the foundation of her new house is finally taking shape.

Over the next five days, to commemorate the U.N.-mandated Nelson Mandela International Day, housing charity Habitat for Humanity is working with volunteers to build 67 houses across South Africa, in honor of Mandela's 67 years of political service. Nhlapo is one of the lucky ones who will be handed keys on Friday.

For two decades, she and her five children have lived crowded into one of the flimsy shacks that sprawl across Orange Farm, a settlement named after its original purpose.

"I'm happy and I feel proud of myself because it's been a long time staying in a shack that is leaking water," said Nhlapo, a 47-year-old single mother.

That the house is being built to honor Mandela resonates with Nhlapo, who sees South Africa's first black president as a champion of nation building.

Across the country, and even abroad, people are doing good deeds to honor the country's most famous statesman on his 94th birthday Wednesday.

Former U.S. President Bill Clinton got the celebrations off to an early start Tuesday. He and daughter Chelsea met for 1 ½ hours with Mandela in his birth village of Qunu in a remote, southeastern corner of the country. Photographs tweeted by one of Mandela's grandsons showed the Nobel Peace Prize winner comfortably seated in an armchair with a blanket over his knees and with the Clintons and his wife, Graca Machel, at his side.

Then Clinton, Chelsea and Machel each planted an avocado pear tree to mark the occasion. Clinton said he is fond of the trees, an African symbol of growth and sustenance.

The Obamas also congratulated Mandela in a White House statement.

"On a personal note, our family has been inspired by Madiba's example, and has deeply appreciated the time we have spent with him, and his wisdom, grace and generosity of spirit," President Barack Obama and First Lady Michelle wrote.

Children will begin their school day Wednesday by singing Happy Birthday to Madiba, the clan name by which Mandela is fondly known. South Africans of all colors to whom Mandela is a hero came up with creative ways to do 67 minutes of community service.

Many volunteers will be collecting books, distributing sanitary pads and cleaning up neighborhoods. In Pretoria, a tattoo parlor is hoping to tattoo clients with 67 images of Mandela's face, with proceeds going to charity. On Constitution Hill Saturday, artist James Delaney used coffee cups to create a mosaic of Mandela.

Asked what would be the best gift for Mandela, Nobel laureate Archbishop Emeritus Desmond Tutu said the greatest gift the nation could give would be "to emulate his magnanimity and grace."

"Mr. Mandela taught us to love ourselves, to love one another and to love our country," Tutu said.

Mandela's 50-year fight, including 27 years in jail, helped bring democracy and freedom to the once white-ruled South Africa. But the country remains beset by tensions over continued white minority domination of the economy, massive unemployment, poor education and health services and the millions who remain homeless or in shacks.

When Mandela's African National Congress won power in 1994, the housing shortage was a priority.

Eighteen years in, informal settlements without electricity and running water have ballooned and the lack of adequate housing for the poor is at crisis point, said Kate Tissington, a senior researcher at the Socio-Economic Rights Institute of South Africa.

"You get the sense from government officials that there is a never-ending battle to eliminate the housing backlog," she said.

Some 3 million homes have been built for some of South Africa's 50 million people, according to Xolani Xundu, spokesman for the government Department of Human Settlements. But 2.2 million more homes are needed, he said.

Tissington said population growth and the influx of people into cities and towns have contributed to the crisis.

Government-subsidized housing, often built on cheaper vacant land on the outskirts of urban developments, is not always linked to bus routes or services such as clinics, making it even more difficult for people to survive.

Corruption is another factor undermining efforts, as sometimes people who do not necessarily qualify end up being allocated subsidized housing, Tissington said. This creates a lot of tension.

"A lot has been happening in political and policy circles over the years," Tissington said, "but implementation on the ground has not kicked in and people are getting increasingly impatient with living with compromised access to basic services."

Every day there are protests, sometimes violent, against the lack of housing and other basic services like electricity and potable water.

Ryan Horsfield, a volunteer who had taken two days off work to help build the homes at Orange Farm, believes citizens also have a role to play.

"I don't think it's up to us to sit back and say the government must do it or not. If something is not happening we should all get in and try make it happen," he said.

Which is exactly what Mandela had in mind when he retired from politics at age 90 and told the world that "It's in your hands to make the world a better place."