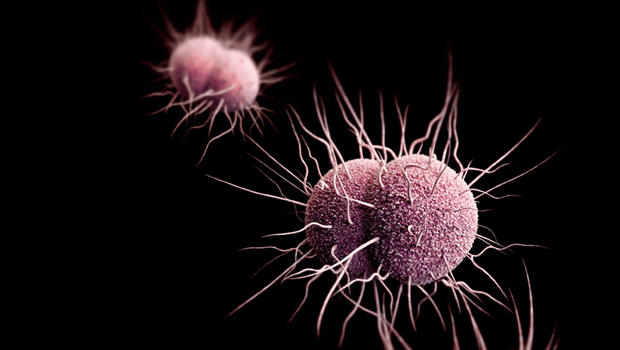 Antibiotic resistance is making gonorrhea harder and sometimes even impossible to treat, according to a new warning from the World Health Organization (WHO).

"The bacteria that cause gonorrhea are particularly smart. Every time we use a new class of antibiotics to treat the infection, the bacteria evolve to resist them," Dr. Teodora Wi, a WHO medical officer specializing in reproductive health, said in a statement.

Each year, 78 million people are infected with gonorrhea worldwide, but experts say the actual number is likely much higher.

"These cases may just be the tip of the iceberg, since systems to diagnose and report untreatable infections are lacking in lower-income countries where gonorrhea is actually more common," Wi said.

The disease is spread through sexual contact with the genitals, mouth, or anus of an infected partner.

Complications associated with gonorrhea disproportionately affect women, including pelvic inflammatory disease, ectopic pregnancy and infertility, as well as an increased risk of HIV, WHO reports.

WHO says it's crucial that new drugs be developed to treat gonorrhea as quickly as possible.

However, currently there are only three new candidate drugs in various stages of clinical development.

"To address the pressing need for new treatments for gonorrhea, we urgently need to seize the opportunities we have with existing drugs and candidates in the pipeline. In the short term, we aim to accelerate the development and introduction of at least one of these pipeline drugs, and will evaluate the possible development of combination treatments for public health use," said Dr. Manica Balasegaram, director of the Global Antibiotic Research and Development Partnership.

Symptoms of infection include painful urination and abnormal discharge, but many will experience no symptoms at all.

The CDC recommends yearly gonorrhea screening for all sexually active women who are younger than 25 and older women with risk factors such as new or multiple sex partners or a sex partner who has a sexually transmitted infection.