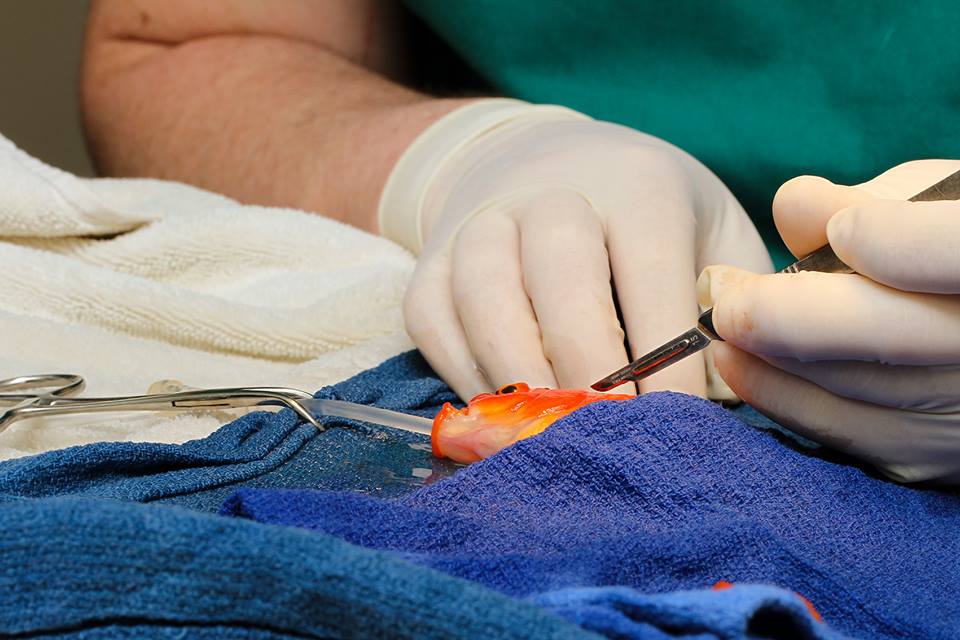 A goldfish named George underwent a life-saving operation last week to remove a tumor on its head.

"The surgery went swimmingly and George has now returned home with his loving owner," said a statement on the Facebook page of Lort Smith Animal Hospital, a non-profit organization in Melbourne, Australia, where the procedure took place.

Dr. Tristan Rich, who performed the 45-minute-long operation, said that prior to the surgery, the 10-year-old George was unable to swim and eat properly, and was starting to "really suffer," reported the Sydney Morning Herald. When Rich told the fish's owner that the only two options were either surgically removing the tumor or putting George to sleep, she decided to do everything she could to save the fish, as she was "quite attached" to him.

The surgery cost about $200 -- the same a dog or cat owner would pay, the paper reported.

Operating on a fish is "a very fiddly procedure, and you have to be very careful about blood loss," Rich said. So how did the vet do it?

When the fish was asleep, Rich ran a tube from the maintenance bucket, which was being oxygenated, into the "patient's" mouth so that the water with the anesthetic washed over the animal's gills.

The doctor then removed the large tumor while using a gelatine sponge to control the bleeding during surgery. To make sure the sizeable wound was sealed, the vet put in four sutures, sealing the remaining part of the wound with tissue glue.

George was then transferred to a recovery unit and given oxygen. He also received injections with long-acting pain relievers and antibiotics.

"Soon afterwards he took a couple of breaths on his own and started swimming around," the hospital reported.

How the praying mantis avoids a crash landing