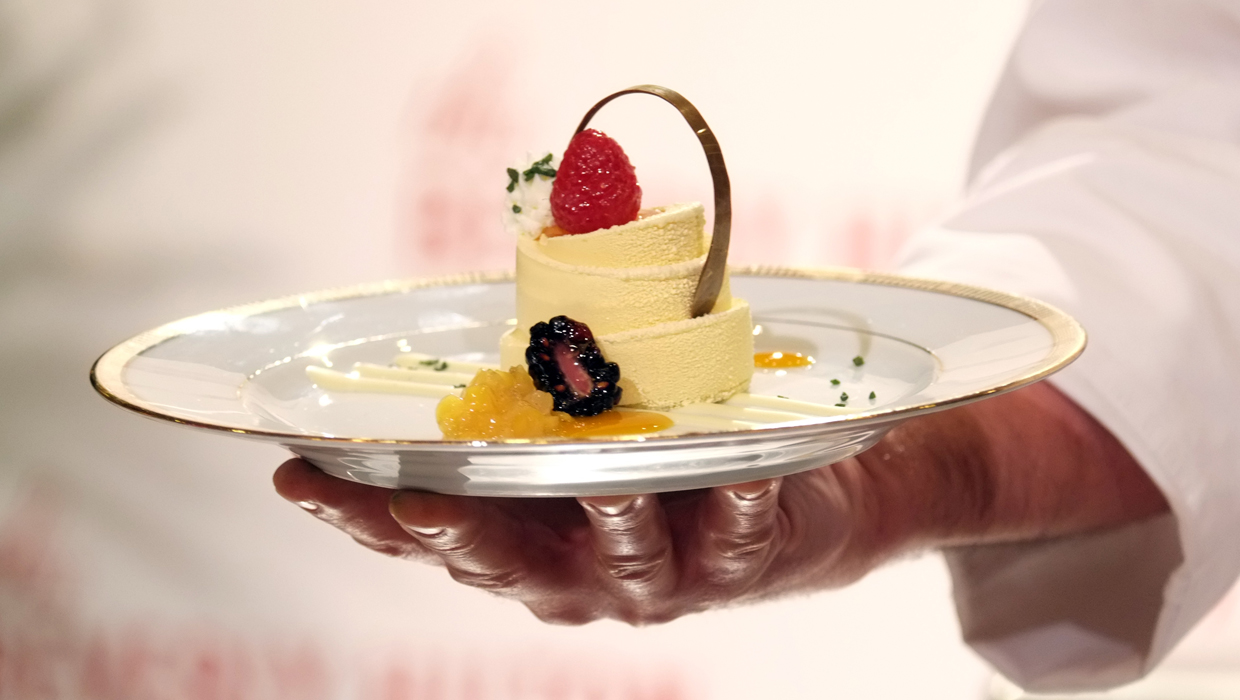 The Golden Globe Awards may be a glitzy Hollywood event filled with A-list stars, a fashionable red carpet and awards for the best in movies and TV -- but, on top of all that, it's also a massive dinner party.

Unlike the Oscars, Globes features a sit-down dinner (and don't forget the champagne). The menu was unveiled last week by the Hollywood Foreign Press Association at the Beverly Hilton in Beverly Hills, Calif., where the awards will be handed out.

The hotel's chefs have crafted a three-course menu, inspired by local California produce and global flavors, for the gala.

It starts off with an appetizer trio of grilled eggplant with sundried tomato and pine nut hummus on seared tomato; mini sweet pepper with feta cheese, pomegranate, herbs and California olive oil on grilled pita; and grilled artichoke on multigrain tabbouleh and tahini.

Mediterranean spice-crusted braised beef short rib and sauteed smoked filet of Atlantic sea trout are on the menu for the entree, with spinach sweet corn ragout and light cream of tomato dill sauce. And after dinner comes a mango dessert on almond sponge cake with creme anglaise.

"It is a thrill to put together the menu yet again for the Golden Globe Awards," said executive chef Suki Sugiura. "With a staff of more than 200, our culinary team looks forward to dazzling our guests on a world stage."

Bubbly will be flowing courtesy of Moet & Chandon, the official champagne of the Golden Globe Awards. There's also a signature cocktail, called the Golden Night, which pairs the champagne with pear brandy and cardamom-flavored simple syrup.

The 71st annual Golden Globe Awards will be handed out Sunday starting at 8 p.m. ET, airing live on NBC.

See below for more photos from the menu unveiling: