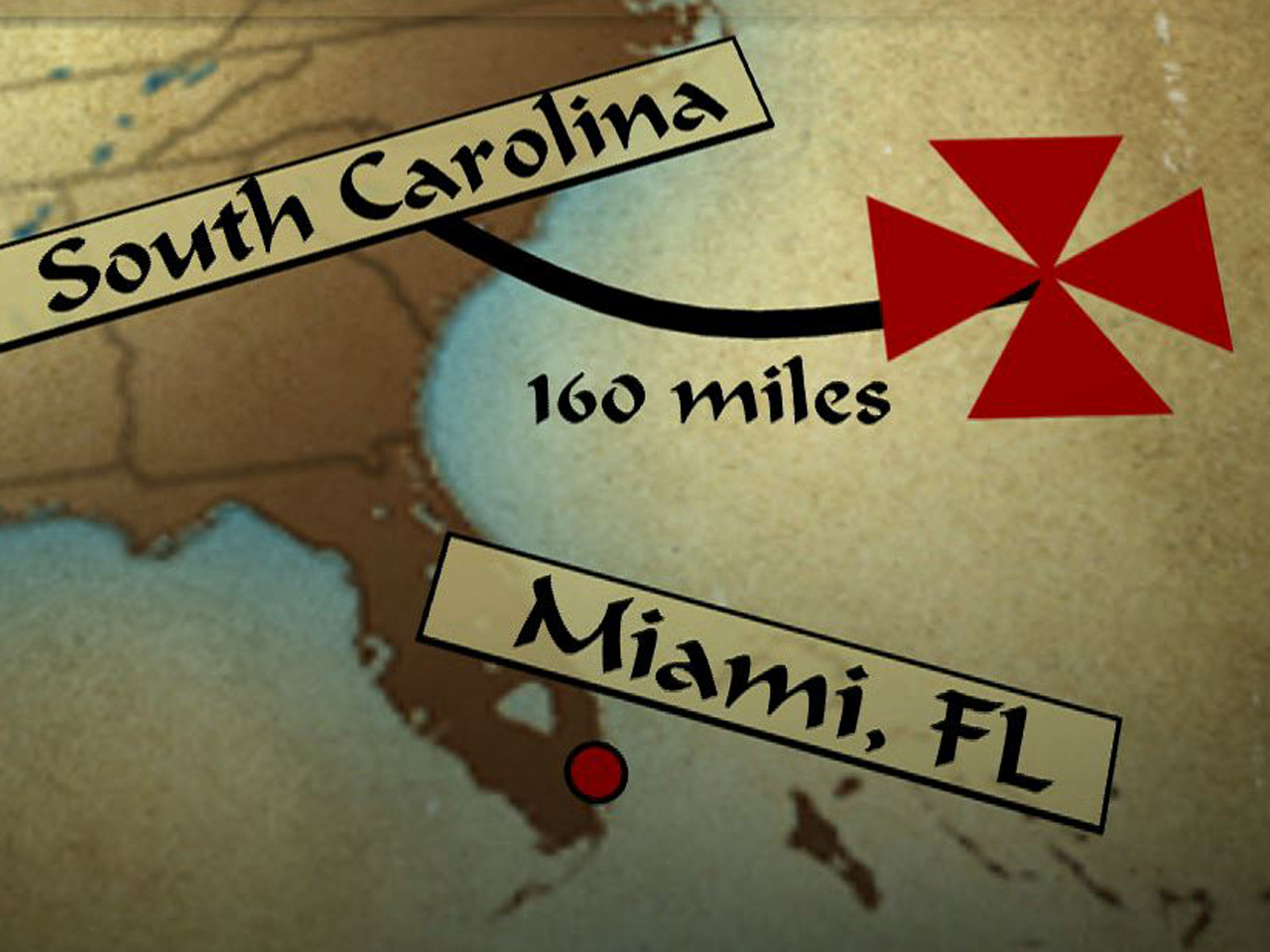 A group of Florida treasure hunters hopes to find a lot more gold after a major discovery. The team announced Monday it recovered more than 60 pounds of gold, valued at more than $1 million.

It was found during a preliminary search of a sunken ship, 160 miles off the coast of South Carolina.

The tale of the ship's gold stretches back to the 19th century.

The ship sank back in 1857, taking tons of gold with it down to the bottom of the Atlantic. More than $50 million of that gold has already been recovered, and there's a whole lot more.

Using modern-day technology, a Tampa-based deep sea exploration company is hoping to cash in on a mystery more than a century old.

The team wasn't sure what it would find when they began sifting through the wreckage of the SS Central America. But on their first run, they hit the jackpot.

The initial, $1.2 million haul is just a fraction of what lies on the ocean floor. According to experts, an estimated $86 million in gold remains on the sunken ship.

During the California Gold Rush, the SS Central America shuttled tons of gold from the West to the East. But in 1857, after encountering a hurricane, she sunk a mile-and-a-half to the ocean floor, with an estimated three tons of gold. She was also rumored to have carried a secret shipment, 15 tons of additional gold heading for New York banks.

The wreck was first discovered by Tommy Thompson in the late '80s, who brought about two tons to the surface. Investors claimed Thompson never paid them, and when the feds tried to track him down, he disappeared, along with the gold. Now, after years of court battles and red tape, the search is on again.

Gordon said, "What we're really hopeful for is to actually bring some more value back to the economy, specifically to the investors who have waited over 20 years for this day."

The expedition group expects to be on site in about five months, CBS News correspondent Vicente Arenas reported. If the rumors are true about the secret shipment of gold aboard the ship, this find could be worth as much as $1 billion.