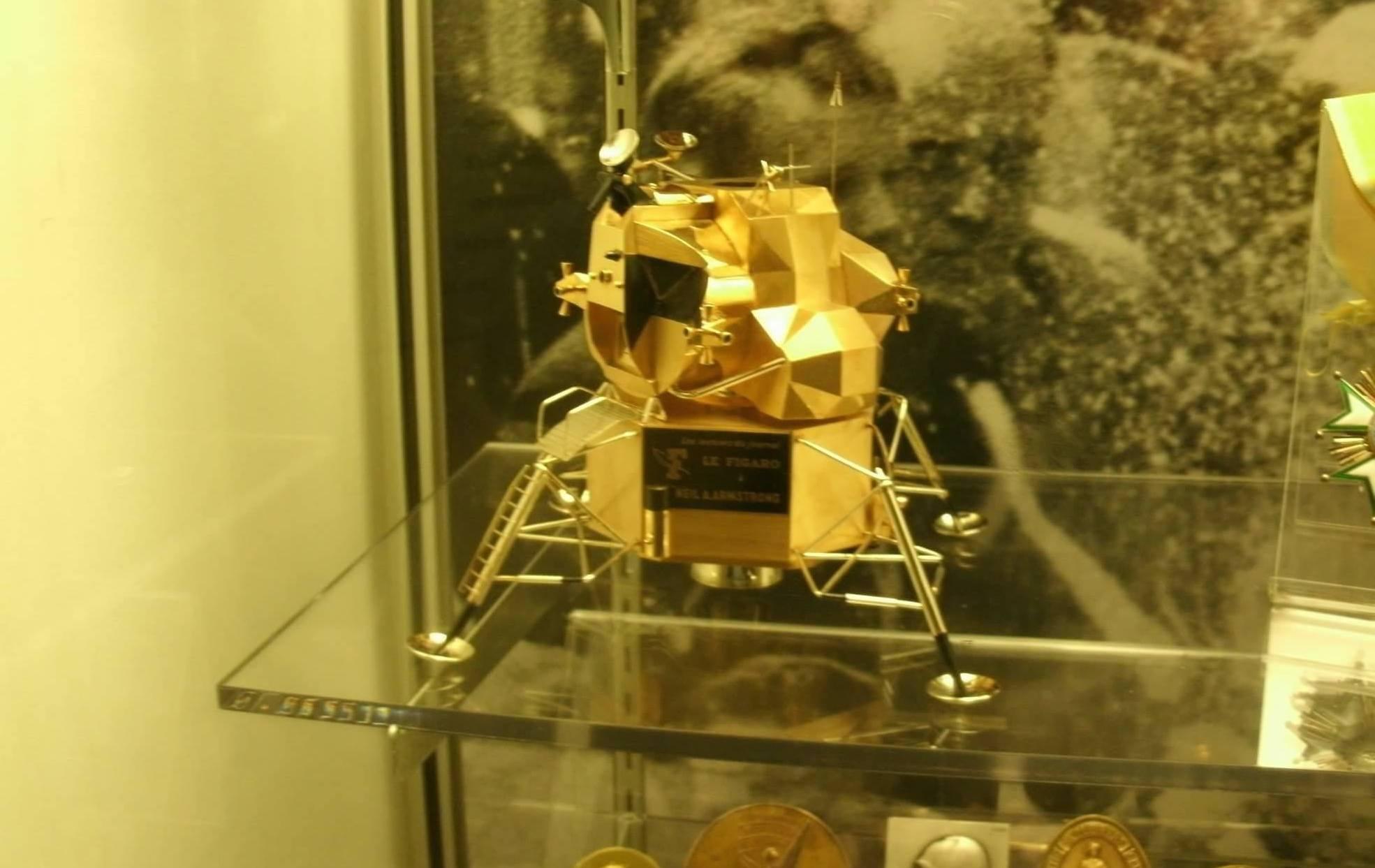 CLEVELAND -- Whoever broke into an Ohio museum late Friday and stole a solid-gold replica of the Apollo 11 lunar module likely intends to melt it down for the value of the gold instead of trying to sell what could be a collectible worth millions of dollars, said a Texas attorney and retired federal agent with NASA who has helped recover and locate stolen moon rocks worth millions of dollars.

The 5-inch high replica was discovered stolen after an alarm sounded just before midnight Friday at the Armstrong Air and Space Museum in Wapakoneta, the boyhood home of astronaut Neil Armstrong, the first person to set foot on the moon in July 1969.

Replicas made by the French jeweler Cartier were presented to Armstrong and fellow Apollo 11 space voyagers Buzz Aldrin and Michael Collins in Paris shortly after they returned to Earth.

The NASA agent, Joseph Gutheinz Jr., tells The Associated Press in an interview Sunday there's a moon rock in the museum from the Apollo 11 mission that's much larger than other rocks given away or loaned to museums or foreign countries that could easily be smuggled out of the country, where a geologist could verity its authenticity. He said it would be worth millions of dollars to a collector into space items.

"Either they didn't have easy access to the moon rock, or they weren't into collectibles," Gutheinz said of the thief or thieves. "They were into turning a quick buck."

Gutheinz ran an undercover sting operation in 1998 that led to the recovery of a moon rock from the Apollo 17 mission originally given to the Honduran government. The seller offered the rock to Gutheinz for $5 million. He more recently has led a group of criminal justice students from the University Phoenix in a project that has identified 79 missing lunar samples and rocks from the Apollo 11 and Apollo 17 missions.

At an auction of space items on July 20 at Sotheby's in New York a lunar collection bag Armstrong carried on the moon sold for $1.8 million, a value enhanced by tiny amounts of moon dust engrained in the bag.

It will be difficult to catch the thief if the replica is melted down, which Gutheinz said would be a "damn shame." It's unclear how much gold the replica contains.

The FBI and Ohio Bureau of Criminal Investigation are assisting Wapakoneta police in the theft investigation. Police have said they aren't able to place a value on the replica lunar module. No updates on the investigation have been released and authorities haven't said whether there were surveillance cameras in or around the museum that might have recorded the theft.