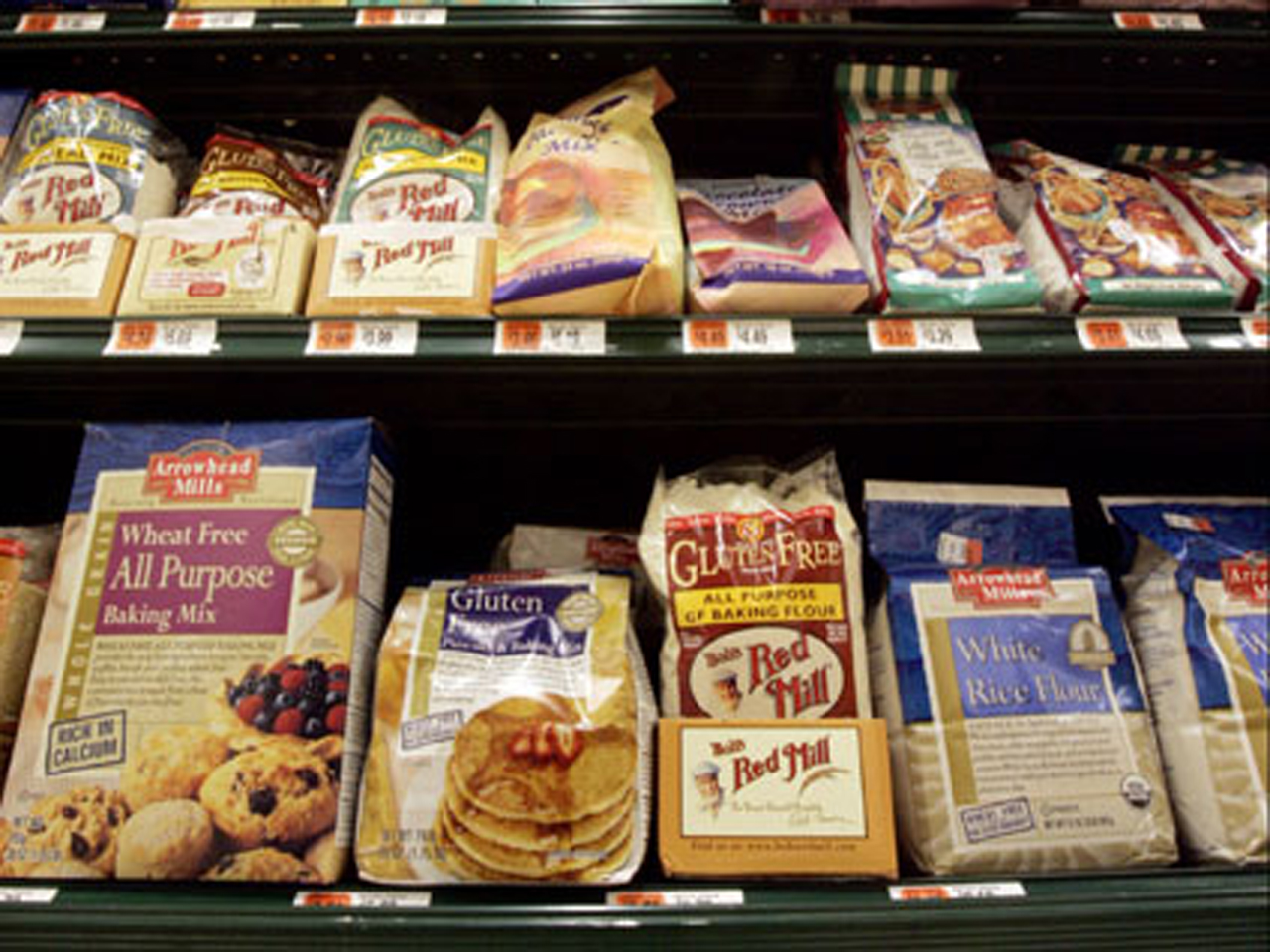 WASHINGTON -- Starting this week, "gluten-free" labels on packaged foods have real meaning. Until now, the term "gluten-free" had not been regulated, and manufacturers made their own decisions about what it means.

This new requirement is especially important for people who suffer from celiac disease and don't absorb nutrients well. They can get sick from the gluten found in wheat and other cereal grains.

Under a rule announced a year ago, food manufacturers had until Tuesday to ensure that anything labeled gluten-free contains less than 20 parts per million of gluten - ensuring that those products are technically free of wheat, rye and barley. That amount is generally recognized by the medical community to be low enough so that most people who have celiac disease won't get sick if they eat it.

Currently, wheat must be labeled on food packages but barley and rye are often hidden ingredients.

Gluten-free diets are prescribed for people with celiac disease, an autoimmune condition in which the body reacts to gluten like an allergen, causing inflammation and damage of the linings of the small intestine over time. Symptoms can include abdominal pain, weight loss, diarrhea, bloating, constipation, fatigue, migraines and other medical problems.

The FDA estimates about 3 million Americans have celiac disease.

Dr. Peter Green, director of the Celiac Disease Center at Columbia University Medical Center, says the condition affects about 1 percent of the population. Of those, only 17 percent know they actually have the condition, meaning over 80 percent of people with celiac disease may not be realizing the cause of their discomfort after eating.

Celiac is a diagnosed illness that is more severe than gluten sensitivity, which some people self-diagnose.

The only cure for celiac, explains CBS News chief medical correspondent Dr. Jon LaPook, is to adhere to a gluten-free diet by avoiding all foods containing the protein, such as wheat, rye and barley products.

The new standards will ensure that companies can't label products "gluten-free" if they are cross-contaminated from other products made in the same manufacturing facility. The rules don't apply to restaurants, but the Food and Drug Administration is encouraging them to comply.

Gluten-free foods have become big business in the last several years. Millions of people are buying the foods because they say they make them feel better, even if they don't have celiac disease.

Alice Bast of the National Foundation for Celiac Awareness says the gluten-free trend has been good for those diagnosed with celiac because of the increased variety of options in the grocery store. But she says it also may have prompted some companies to lose focus on the people who need those foods the most.

The new regulations are "raising awareness that there is a disease associated with the gluten-free diet," she said.

Steve Hughes, CEO of Boulder Brands, which owns leading gluten-free food companies Glutino and Udi's, says his company's products all have 10 parts per million of gluten, less than the new standard. He praises the FDA regulations for being a "stake in the ground" that can increase the integrity of the gluten-free market.

"If consumers can't have confidence in the products long-term, it's going to hurt the overall trend," he said.