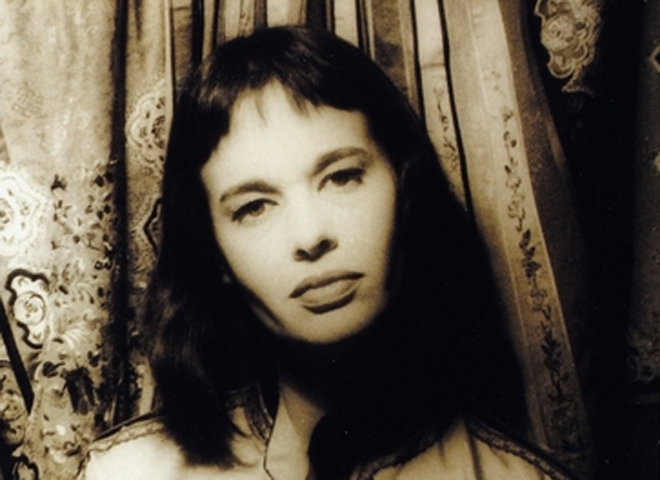 A "romance memoir" is what Gloria Vanderbilt calls her latest book, and it certainly is one, but it is also a glimpse into her unique world as a wealthy heiress of the Vanderbilt family.

In a story first reported on Nov. 7, 2004 on CBS News Sunday Morning, Vanderbilt tells Erin Moriarty of 48 Hours she's been married four times, but has had an "uncountable" number of romances.

There are 13 outlined in her latest book, "It Seemed Important at the Time: A Romance Memoir." But the 80-year-old heiress says she has enough material to fill "maybe 10 more."

She grew up in the '40s, a time when the moneyed set of New York mingled with the glittering stars of Hollywood. And Gloria did mingle.

She had an affair with the dashing Howard Hughes when she was still a teenager. "I would have married him in a minute," she says.

And the charming Frank Sinatra. "Oh, Frank Sinatra was a great friend," she says, "'cause he came along and ring-dinged his way into my heart... and he just - you know - was a lot of fun, very romantic. I never saw him ever involved in any - you know - violence or anything that actually friends had warned me about."

There was a one-night stand with Marlon Brando, whom she says kept a large portrait of himself in the bedroom. And there was a date - arranged by her old friend Truman Capote - with the very married chairman of CBS - William Paley.

"Well, Truman said that Bill Paley was interested in me and would I be interested in having a romance with him, and he tried to set that up, you know."

Vanderbilt met with him even though she knew he was married.

"I was thinking of it because I told myself I was a very ambitious actress," she says. But the date went sour and she changed her mind.

"I met him and he sort of chased me around the sofa. That kind of thing," she says.

It wasn't funny at the time, but seemed so later on, she says.

Gloria Vanderbilt's tales of sex and romance are a little shocking, but it may be because we are more familiar with her tragedies. In 1934, 10-year-old Gloria was the center of a sensationalized and lurid custody battle.

Her paternal aunt, the very rich and proper Gertrude Vanderbilt Whitney, won custody after accusing Gloria's mother of being an unfit parent with the shocking revelation that she had a female lover.

"She really lost the case because she was accused of being a lesbian," says Vanderbilt. "We're talking about the '30s.... It was considered not something that anyone who was a good person would be involved in. And so it was a terrible scandal."

Gloria gained her share of the Vanderbilt fortune, but she lost what she really wanted: a relationship with her mother. It started her, she says, on a life-long search for love.

"So sex was something that really saved me. I mean, it gave me a sense of self. I had very low self-esteem. No confidence at all. And the minute boys came into the picture, it absolutely changed my life."

But Gloria didn't always choose her boys and men wisely - she married her first husband, Pasquale De Cicco, when she was just 17.

"I thought - you know - I'd be grownup if I got married." However, she says he used to beat her, banging her head against the wall. She stayed with him until internationally known conductor Leopold Stokowski came along.

There were two more marriages, to director Sidney Lumet, and to writer Wyatt Cooper, who died in 1978. There were numerous affairs, including one with a married man who, she says, broke her heart much the way her mother did.

"I have... gravitated towards men who are elusive, who are unattainable, and I can get very obsessed and very hooked into them, such as I did with this married man that I was involved with for 15 years," she says. "He was this elusive, unattainable, you know, substitute for my old sweetheart..."

The sweetheart Vanderbilt is referring to is her mother. "Today, how I wish my mother was living close by, perhaps around the corner, so that I could drop by for a cup of tea now and then," she says. "We could smile over things - the things we may have cried about long ago as old friends do when they get together once in a while to catch up, to talk about old times and the things that pass."

Although it's a memoir about her love life, she writes about her son, Carter, who fell to his death before her eyes in 1988 in what was reported as a suicide.

"After Carter died, I really didn't think I was going to go on living and I did. And the way I did is, you do it moment to moment," she says. "I mean, there is never closure on anything like that."

The book (her fourth in a series of short memoirs) offers poignant new insight into the woman who is probably still best known for her jeans and perfume.

While her stories, told today in the 21st century, are no longer scandalous, she does write in graphic details about the bedroom skills of a particular lover.

CNN anchor Anderson Cooper had some initial difficulty reading the book; Vanderbilt is his mother.

Cooper says Vanderbilt was not like anyone else's mom. "She would show up at, like, report day at my school where...parents have to go in and get the report card, in sort of like a beaver skin purple Zandra Rhodes coat. And I'd be like 'Mom, you know, can't you just like wear tweed or something? Just like, tone it down?' And now I'm very happy and proud that she doesn't, and she's completely unique."

Unique, and seemingly tireless. When she's not on tour, signing her new book, Vanderbilt is in her studio working on her art. This month, a new show of her work opened in a New York Gallery, where she retells her life story in yet another way.

But if Gloria Vanderbilt looks back with longing, she views the future only with optimism. She has a new boyfriend but will reveal few details. He lives in Chicago, she says, and he's not married.

She says she never worries that she won't find another lover. "Because I know I will. Because you attract what you want. Your energy will attract it. And the phone can ring and your whole life can change in a blink."