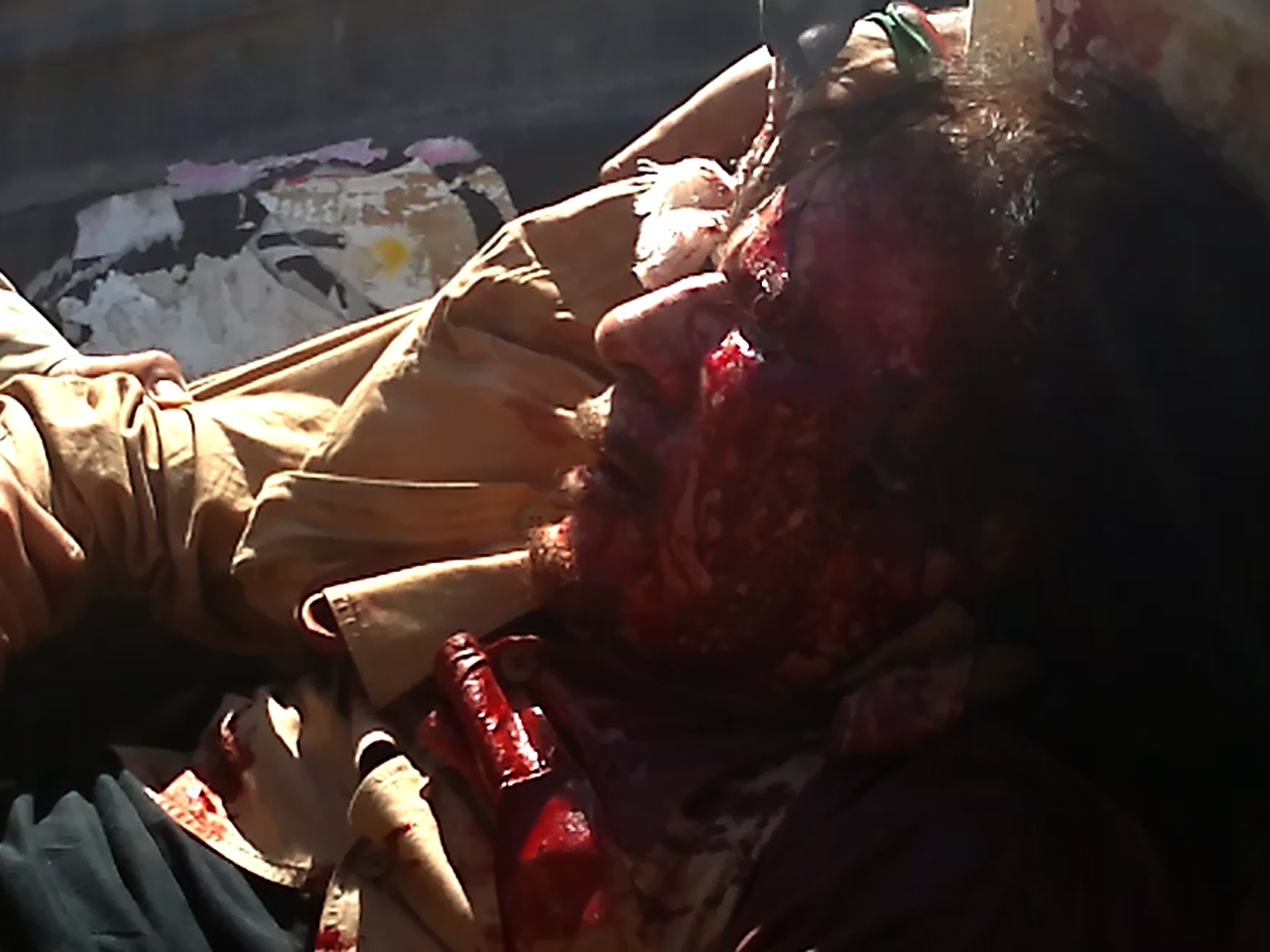 Amid mounting questions about just how and when Muammar Qaddafi died, a GlobalPost analysis of video footage suggests a Libyan fighter sodomized the former dictator after he was captured near Sirte.

A frame by frame analysis of this exclusive GlobalPost video clearly shows the rebel trying to insert some kind of stick or knife into Gaddafi's rear end.

GlobalPost correspondent Tracey Shelton said there is some question as to whether the instrument was a knife from the end of a gun, which Libyans call a Bicketti, or a utilitiy tool known as a Becker Knife and Tool, which is popularly known as a BKT.

This latest video discovery comes as international and human rights groups call for a formal investigation into how the former Libyan leader was killed. In video clips that have emerged of his capture, Gaddafi can be seen injured but alive. Later he is seen with what appears to be gunshot wounds to his head and chest. According to the Geneva Conventions, however, abuse of prisoners under any circumstance is not permissable.

The former leader had been in hiding since rebel fighters toppled the capital city of Tripoli. His death, which came shortly after he was driven away in a truck by opposition forces, has been the subject of much debate. A coroner's report found that he was killed by a bullet to the head, which officials in Libya's transitional government initially claimed was the result of crossfire between revolutionaries and loyalists as Qaddafi was being driven to a hospital.

But bowing to growing international pressure, newly installed interim leader Mustafa Abdul-Jalil announced Monday that the Transitional National Council had formed a committee to investigate Qaddafi's death (though he also claimed that Qaddafi might have been killed by his own supporters to prevent him from implicating them in his past crimes.)

On top of Qaddafi's death, revolutionary forces are also being scrutinized for their treatment of loyalists in general. New York-based Human Rights Watch Monday warned of a "trend of killings, looting and other abuses" after 53 people, apparently Qaddafi loyalists, were found dead in a Sirte hotel. The condition of the bodies suggests they may have been executed.

The group has called for an investigation.