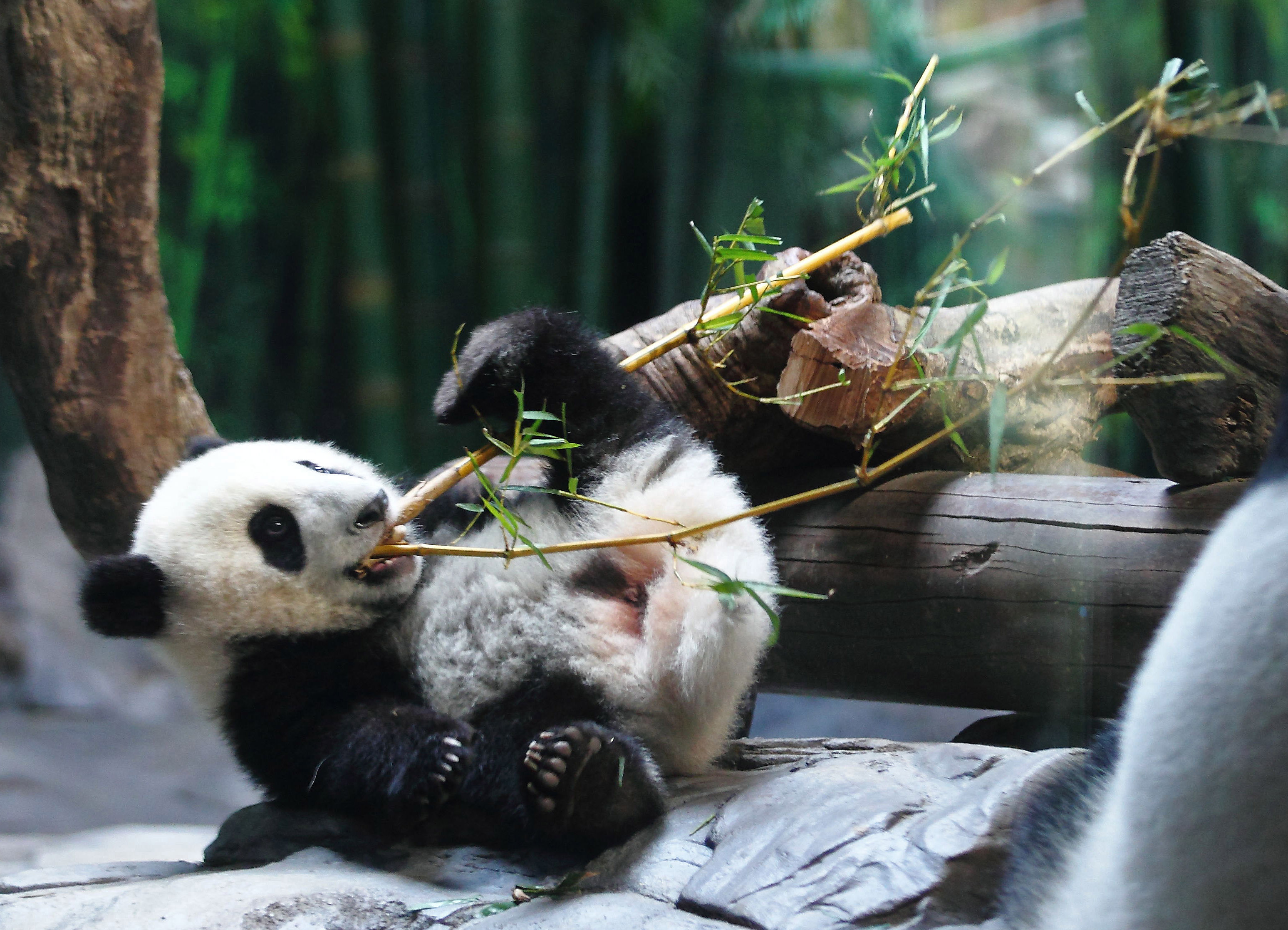 Giant pandas, already under threat from poaching, illegal logging and development, could see their remaining habitat shrink dramatically in the coming decades due to climate change.

A study in Biological Conservation released this month found that upwards of 71 percent of the panda's habitat in China could be lost by 2070 and the remaining terrain will become "more fragmented and isolated."

Already reduced to 1 percent of their historic range, giant pandas are limited to six mountain ranges in China and are almost wholly dependent on bamboo for food. Their numbers -- thanks to conservation efforts -- have risen from 1,114 in the 1980s to 1,596. But given their slow rate of reproduction and continued threats from development, the researchers from China and Rutgers University warned that a warmer climate could nullify recent gains.

"The population is thought to be vulnerable to the increasingly warmer and drier climate that is expected to occur in this century," the researchers wrote. "Climate change may reduce significantly both the area of the giant panda habitats and food supplies in panda reserves, jeopardizing their effectiveness to safeguard giant panda populations in the future."

With little doubt that temperatures will rise due to growing carbon emissions, researchers suggest that emergency measures be considered to save the panda.

"We found that climate change would make it increasingly necessary to translocate small populations of pandas from the southwestern to the northwestern part of the current distribution range to ensure population viability," they wrote. "Our results suggest the need for immediate change in current conservation policies and the formulating adaptation plans for giant panda conservation in a changing climate."

The study builds on earlier research that raised concerns about the future of pandas in a warmer world.

Two years, ago, a study in the International Journal of Ecology used two different global climate models to find that more than 16,000 square kilometers of giant panda habitat will likely be lost by 2080. In other words, the researchers suggested that less than half of their habitat would be suitable to live in 70 years.

The study also found that habitat fragmentation will likely increase, leading to smaller areas that can support fewer pandas farther away from each other, increasing the risks of inbreeding and population collapse.

"The question remains as to whether giant pandas will have the capacity and opportunity to shift to new areas should they become viable," Melissa Songer, lead author of the paper and an Smithsonian Conservation Biology Institute wildlife ecologist, said when the study came out. "Our work is an important step in developing climate adaptation strategies and in identifying critical areas that will most likely be suitable and accessible for giant pandas in the face of climate change."

But other researchers aren't as pessimistic about the future of the panda. In a third study, Michigan State University's Vanessa Hull found that pandas may be more flexible in choosing their habitat than previously believed.

It has been thought, for example, that pandas demanded a forest with fairly gentle slope (easier to mosey around in while seeking bamboo) at a certain elevation in original, old forest, an abundance of bamboo, and plenty of distance from people. These recommendations, Hull said, come from often scant research because pandas are difficult animals to study.

The research published in the journal Ursus in October shows, for instance, that pandas are willing to live in secondary forests -- forests that have been logged and have regrown. They also don't seem as selective about slope, and are willing to climb depending on which of the many varieties of bamboo is growing, or what type of forest it was in. Same for elevation, and the amount of sunshine that hits a piece of panda home.

"It's exciting to see the flexibility pandas have, or at least see that pandas are choosing areas I didn't think could support them," Hull said. "It gives you hope. They've survived throughout many challenges over so many millions of years, it would be sad to think humans came along and threw it all away. This also suggests we should stay on board and try to make things better for them."