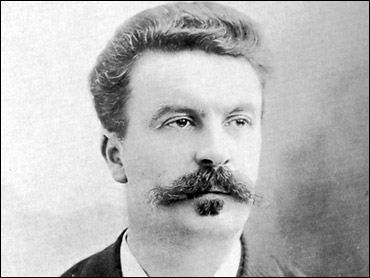 Federal officials on Thursday announced they had cracked a Belarus-based international child pornography ring with arrests in France, Spain and the United States.

The cases stem from an Internet processor of Web site subscriptions in Minsk, Belarus, which collected fees for memberships to child pornography Web sites that brought in millions of dollars, the U.S. Attorney's Office said.

An executive with a Florida company has pleaded guilty in the case.

"When we followed the money, we ended up getting both the operators of this outfit ... and meanwhile back here at home we were doing search warrants on people's computers who had subscribed via credit card to these child pornographic Web sites," said Michael Drewniak, a spokesman for the U.S. Attorney's Office.

About two dozen people in New Jersey and 20 others around the United States have been charged with downloading child pornography, including a doctor, a minister and a teacher, the office said.

They were snared by tracking the fees from the companies to the consumers of child pornography, with the assistance of credit card companies, said Michael J. Garcia, assistant secretary of U.S. Customs and Immigration Enforcement.

At a New Jersey federal courthouse Thursday, prosecutors revealed that many of the 270,000 credit card transactions on the sites were from Americans, reports CBS News Correspondent Jim Stewart.

"This is the first time that this type of comprehensive investigation has been done in this country — to go after the child pornography industry from the top to the bottom," prosecutor Christopher Christie told CBS' Stewart.

Federal authorities in New Jersey can prosecute people for actions taken overseas because images were downloaded in the state by consumers, he said.

Four of Regpay's leaders were indicted, and three were arrested over the summer in France and Spain.

The U.S. government is seeking the extradition of Regpay's president, Yahor Zalatarou, 25, and marketing director, Alexei Buchnev, 26, who are in Paris, and its technical administrator, Aliaksandr Boika, 29, who is in Madrid. All had lived in Minsk.

All three are accused of conspiracy to send child pornography by computer, conspiracy to commit money laundering and other charges. The most serious counts carry 15 to 30 years in prison.

U.S. authorities said they are working with Belarus to arrest Regpay's administrative and financial assistant, Tatsiana Sienko, 25, who is charged with conspiring to distribute child pornography and conspiracy to launder its proceeds. The charges can bring five to 20 years in prison.

Connections chief executive officer Eugene Valentine, 38, from Florida, pleaded guilty Wednesday to a conspiracy to launder money for Regpay and its principals.

On Tuesday, Connections employee Keith Czarnecki, 46, also from Florida, pleaded guilty for failing to report the offense to law enforcement.

Regpay was formerly known as Trustbill, while Connections did business as Iserve. Regpay allegedly operated at least four child pornography sites from Minsk, and it carried advertising for other pornographic Web sites. One Regpay site referred to itself as "underground pedo world," the indictment said.

"Today's indictment strikes at the heart of the commercial trade of child pornography by attacking the commercial profits derived from such a deplorable venture," Attorney General John Ashcroft said.

He said the ring was dismantled through efforts of law enforcement in Belarus, France and Spain, as well as agents from the Internal Revenue Service, Bureau of Immigration and Customs Enforcement, the U.S. Postal Inspection Service and the FBI.

The investigation is part of Operation Falcon, aimed at severing commercial support of child pornography. As of Tuesday, $800,000 in sales proceeds has been seized and 160 cases initiated, the Justice Department said.