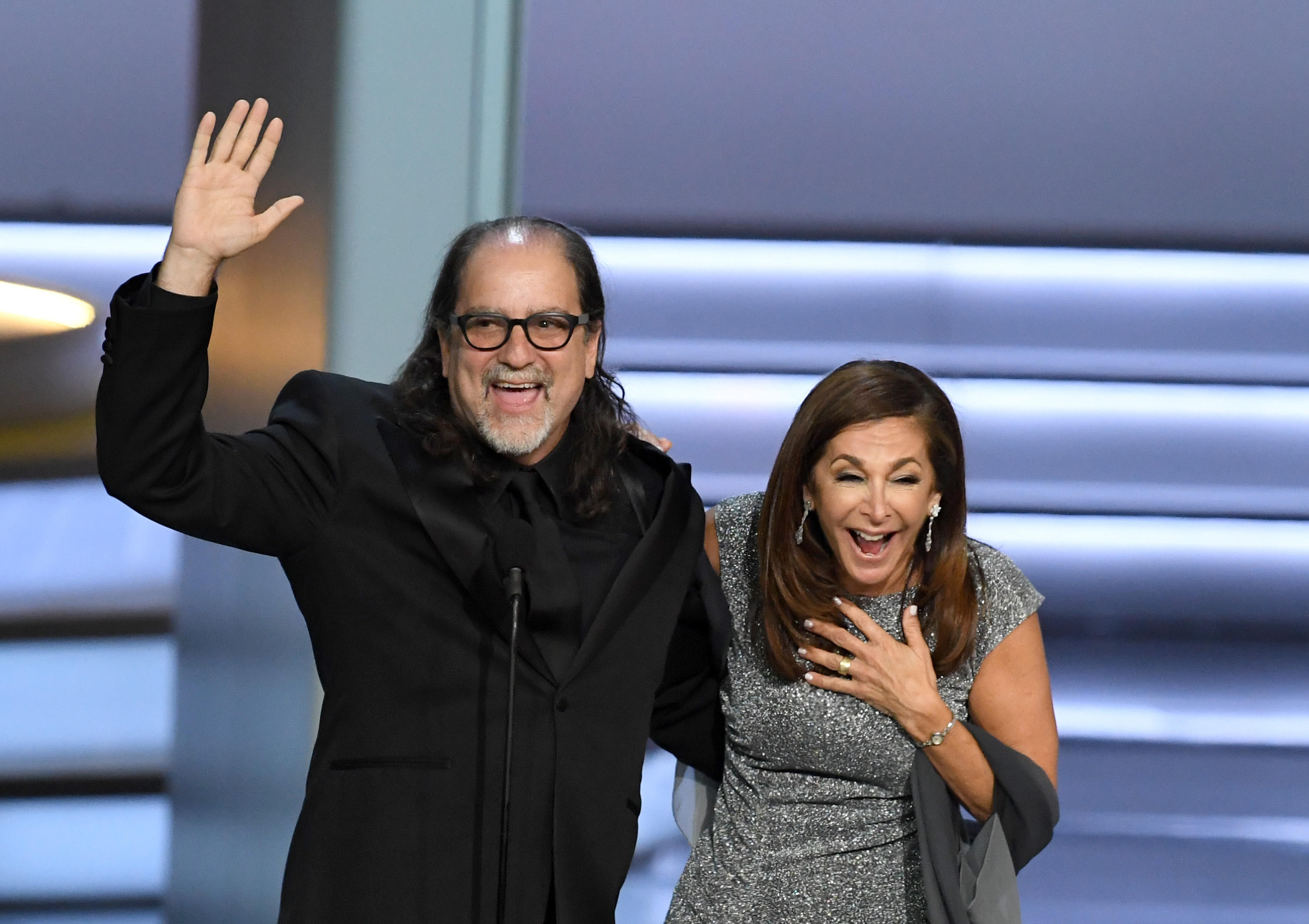 If it wasn't enough to win an Emmy award Monday night for best director for variety special ("The Oscars"), Glenn Weiss took it a step further at Monday's ceremony with a marriage proposal to his girlfriend, Jan Svendsen. As the hundreds of celebrities cheered inside the Microsoft Theater in Los Angeles, many more were watching the touching moment on live television.

During his Emmy award acceptance speech for directing this year's Academy Awards telecast, Weiss said his mother died two weeks ago and that winning an Emmy was bittersweet. He also said that his mother loved his girlfriend, and that prompted the epic wedding proposal.

"You wonder why I don't like to call you my girlfriend? Because I want to call you my wife," Weiss said to applause. It was when Svendsen got on stage that Weiss took a knee and proposed, giving her the same ring his father gave his mother 67 years ago.

Svendsen said yes and at the same time raised the bar for every couple looking to pop the question.

You can watch the moment below: