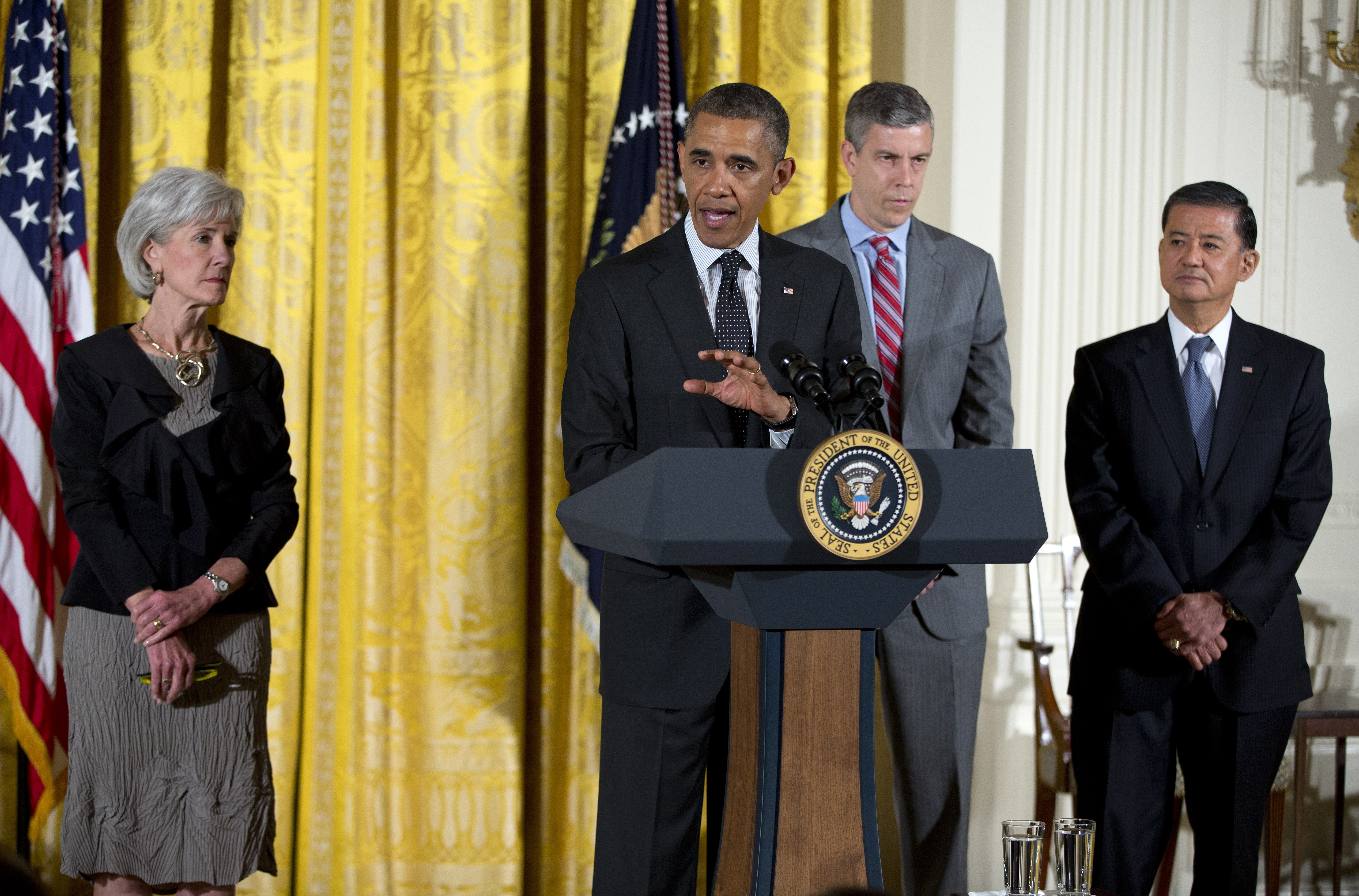 Kicking off a national conference aimed at raising awareness about mental illness, President Obama on Monday called for a broader national conversation about mental health, and vowed to help those who have "spent decades waging long and lonely battles to be heard" help others struggling from mental illness "step out of the shadows" and find help.

"All of you have shown an extraordinary commitment to what is a critical goal: Which is to make sure that people aren't suffering in silence," Mr. Obama told conference attendees. "The main goal of this conference is not to start a conversation. So many of you have spent decades waging long and lonely battles to be heard. Instead it's about elevating that conversation to the national level."

The conference, among whose participants include Vice President Joe Biden, Education Secretary Arne Duncan, Health and Human Services Secretary Kathleen Sebelius, the actors Glenn Close and Bradley Cooper, and others, builds on the Obama administration's commitment to launch a national conversation about mental health in light of its ongoing campaign to reduce gun violence. But Mr. Obama stressed on Monday that "the overwhelming majority of people who suffer from mental illness are not violent" and "will never pose a threat to themselves or others."

Even so, he said, too many people suffer from treatable mental illnesses because of the stigma attached to issues relating to mental health.

As part of his efforts to do so, Mr. Obama stressed the ways in which the Affordable Care Act will expand upon benefits for people touched by mental health issues, and touted various proposals he has put forth that would expand support for young people and veterans. He also announced a new initiative by the Department of Veterans Affairs that will help identify and link mental health care resources for veterans across the country. He also emphasized his administration's focus on science and research aimed at identifying and treating mental health issues.

"It's not enough to help more Americans seek treatment -- we also have to make sure that the treatment is there when they're ready to seek it," he said.

As part of its effort, the Obama administration launched a new website - mentalhealth.gov -aimed at providing Americans with online tools for more easily understanding and exploring issues related to mental illness. On top of that, a handful of private partners are also supporting the Obama administration's awareness efforts through paid and social media campaigns.

In a series of panels following Mr. Obama's remarks, conference attendees were scheduled to discuss issues like the stigmatization of mental illness and mental health outreach efforts.

What a former CDC director says about Omicron
Lucy Madison