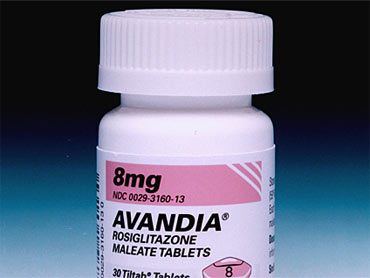 Bloomberg reported Tuesday that GlaxoSmithKline, the company that makes the diabetes drug Avandia, has agreed to pay around $460 million to resolve most of the lawsuits alleging the drug causes strokes and heart attacks.

GlaxoSmithKline has faced more than 13,000 lawsuits alleging that Glaxo hid Avandia's heart-attack risk. The first Avandia trial is set for October in Philadelphia in federal court.

An FDA panel met Tuesday to spend two days listening to more than 20 experts and sorting through 700 pages of data trying to determine whether Avandia causes heart attacks and deaths and should be pulled from the market, reports CBS News medical correspondent Dr. Jon LaPook.

GlaxoSmithKline official Dr. Murray Stewart told the committee their drug is safe "and should remain a treatment option for patients with type 2 Diabetes."

But other experts disagreed vehemently, saying the evidence clearly shows Avandia is dangerous.

The trustworthiness of the company was called into question when Senate investigators released documents Tuesday showing the company knew about problems 11 years ago but didn't make them public.