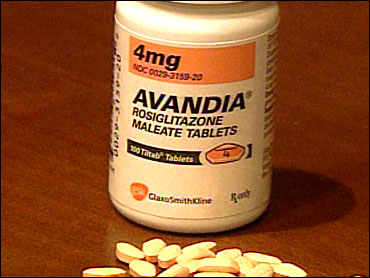 The maker of controversial diabetes drug Avandia knew for around a decade that the medication increased risks of heart problems in patients but covered up that fact from the public, according to a Senate Finance Committee probe.

Internal company emails showed GlaxoSmithKline "attempted to downplay scientific findings about he safety of Avandia as far back as 2000," according to a committee press release.

According to a New York Times report Tuesday, SmithKline Beecham began testing on the drug in 1999 to see how it compared to a rival pill, the Takeda-manufactured Actos. The results showed signs that Avandia posed a heart risk.

In a March 29, 2001 e-mail about the study, SmithKline executive Dr. Martin I. Freed wrote: "This was done for the U.S. business, way under the radar. Per Sr. Mgmt request, these data should not see the light of day to anyone outside of GSK." The company became GlaxoSmithKline after a 2000 merger.

Diabetes Drug to Get Second Look

"The first patient that I put on the drug, developed severe fluid retention, severe shortness of breath," Dr. Money said.

A review of her files found more than half - 20 of the 33 patients on Avandia - had developed similar symptoms that could lead to heart failure.

Now, Avandia is under new scrutiny from federal health officials. Starting Tuesday, the Food and Drug Administration holds a special two-day meeting to help decide what course of action to take. A panel of outside physicians will consider a range of recommendations including:

• Limiting which doctors can prescribe the drug.

• Pulling the drug from the market.

Ahead of the meeting, the FDA posted an exhaustive 700-page review of Avandia on Friday that panned a GlaxoSmithKline study that the company used to defend the safety the drug.

The FDA reviewed dozens of studies of Avandia, including one Glaxo has pointed to as proof of the drug's safety. But an FDA reviewer said the study was plagued by "serious flaws" and actually supports the case against Avandia.

The drug works by increasing the body's sensitivity to insulin, a key protein needed for digestion that diabetics don't adequately produce.

People with diabetes are unable to properly break down carbohydrates, either because their bodies do not produce enough insulin or because of resistance to insulin. They are at higher risk for heart attacks, kidney problems, blindness and other serious complications.

Avandia was Glaxo's third best-selling drug in 2006 with U.S. revenue of $2.2 billion, according to health care statistics firm IMS Health. But safety concerns swirling around the drug have pummeled sales over the last three years, with sales falling 75 percent to $520 million last year.

In 2007 an analysis of dozens of studies first linked the drug to heart attacks. The FDA responded by adding a warning label to the drug later that year.

Glaxo, based in London, has argued for years that Avandia's safety should be assessed only based on clinical trials, considered the gold standard of medical research.

But the FDA reviewer said Glaxo's chief trial "was inadequately designed and conducted to provide any reassurance" about the heart safety of Avandia.

In light of the controversy, CBS News medical correspondent Dr. Jennifer Ashton recommends diabetes patients speak to their doctors about their options. "That's the most important thing. And we know there are other treatments. So you want to make sure that the risks and benefits and the options and alternatives are appropriate for you."

The FDA is not required to follow the advice of its outside panels, though it usually does.

The agency has been down this road before. In 2007 the FDA assembled the same group of experts to vote on the same drug. The group voted 22-1 in favor of keeping Avandia on the market.

New data on Avandia's risks and pressure from politicians have prompted the agency to re-examine the drug's safety.

Despite the reams of information posted online, the FDA's main problem remains one of too little data.

Avandia, like many other drugs of the 1990s, was approved based on relatively small studies in several thousand patients. While those studies were sufficient to show the drug helped control blood sugar levels - the key measure for diabetes drugs - they were not large enough to detect all of the drug's potential side effects.

"The problem is the drug wasn't studied in enough patients up front to know whether it causes serious cardiovascular events," said Dr. David Kessler, former FDA commissioner and now a professor at University of California at San Francisco. "And chasing that question after millions of prescriptions have been written leads to a lot of confusion."

Since 2009 the FDA has required longer, larger studies of diabetes drugs that include more high-risk patients.

Scientists have tried to get an accurate picture of Avandia's risks by pooling hundreds of thousands of data points from various sources.

The most recent such analysis was published last month and suggested Avandia is more likely to cause strokes and heart-related death than a rival drug, Actos, made by Japan-based Takeda Pharmaceuticals.

The paper's chief author, Dr. David Graham, an FDA scientist who wants the pill banned, estimated as many as 100,000 heart-related problems may have been caused by Avandia.

Graham first came to prominence for his role in publicizing the risks of the Merck painkiller Vioxx, which was pulled in 2004 from the market after showing links to heart attacks and strokes. He argued that lives could have been saved if the FDA had acted more swiftly.

The legacy of Vioxx and the political firestorm that followed will hang over next week's deliberations.

Lawmakers on Capitol Hill already have painted Avandia as a test of the agency's competence and courage.

Senate Finance Committee ranking Republican Charles Grassley helped kickstart the review of Avandia with an investigation that concluded GlaxoSmithKline tried to downplay the risks of its drug. Last week Grassley said the drug should be pulled from the market.

"Public policy decisions don't get made in a vacuum, and that's a reality of FDA decision making that everyone has to recognize," said Mary Pendergast, a former FDA deputy commissioner who now consults for companies. "But when members of Congress who are not scientists tell the FDA what to decide, I think that's hard for the FDA."