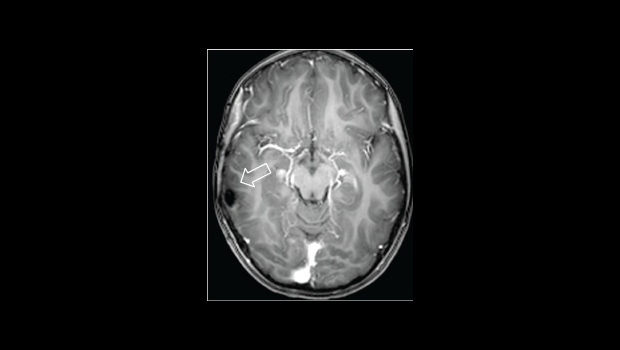 For a 6-year-old girl in Bolivia who suffered from uncontrollable and inappropriate bouts of giggles, laughter was a symptom of a serious brain problem. But doctors initially diagnosed the child with "misbehavior."

But Burgos Zuleta discovered that the true cause of the girl's laughing seizures, medically called gelastic seizures, was a brain tumor.

After the girl underwent a brain scan, the doctors discovered a hamartoma, a small, benign tumor that was pressing against her brain's temporal lobe.The doctors surgically removed the tumor, and the girl is now healthy, the doctors said.

The girl stopped having the uncontrollable attacks of laughter and now only laughs normally, the doctors said.

Gelastic seizures are a form of epilepsy that is relatively rare, said Dr. Solomon Moshé, a pediatric neurologist at Albert Einstein College of Medicine in New York. The word comes from the Greek word for laughter, "gelos."

"It's not necessarily 'hahaha' laughing," Moshé told Live Science. "There's no happiness in this. Some of the kids may be very scared," he added.

The seizures are most often caused by tumors in the hypothalamus, especially in kids, although they can also come from tumors in other parts of brain, Moshé said. Although laughter is the main symptom, patients may also have outbursts of crying.

These tumors can cause growth abnormalities if they affect the pituitary gland, he said.

The surgery to remove such brain tumors used to be difficult and dangerous, but a new surgical technique developed within the last 10 years allows doctors to remove them effectively without great risk, Moshé said.

The doctors who treated the girl said their report of her case could raise awareness of the strange condition, so doctors in Latin America can diagnose the true cause of some children's "behavioral" problems, and refer them to a neurologist.

The case report was published June 16 in the journal ecancermedicalscience.