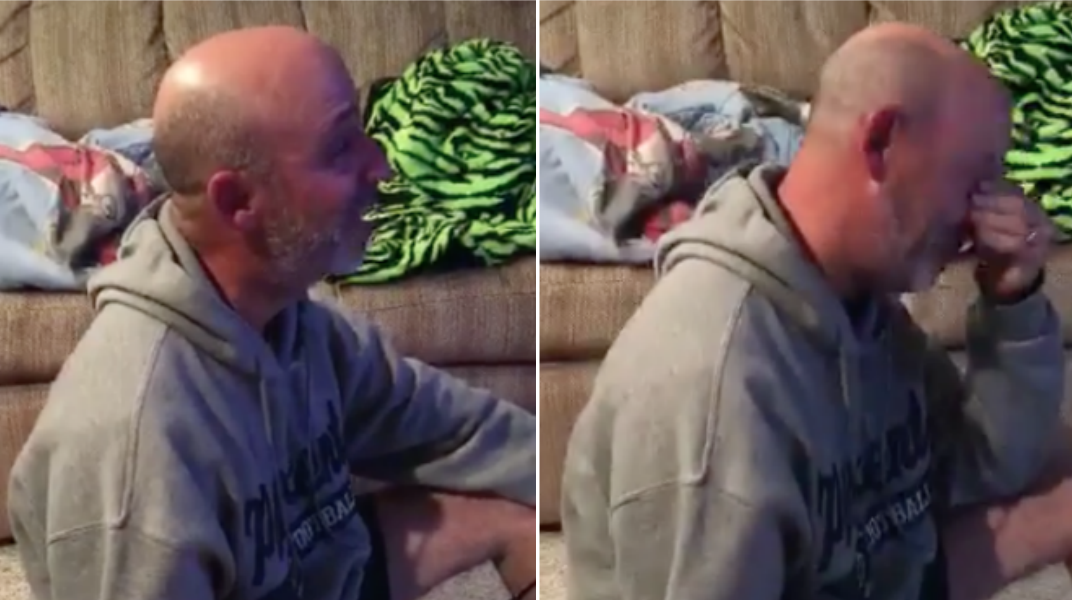 Scott Goldstein has been bleeding “Cubbie Blue” ever since he was 5 years old.

The 54-year-old, who grew up in Skokie, Illinois, moved from the Chicago area to Lusby, Maryland, in 1986.

He may have switched cities, but he never switched teams.

So, imagine his emotions when he finally witnessed his beloved Cubs win the World Series for the first time in 108 years.

There were no words — just tears.

Goldstein’s youngest daughter, Sandie, sent a minute-long video of her father’s emotional reaction to the Cubs winning the pennant to blogging site Love What Matters after the team’s World Series victory, and it quickly went viral.

People were touched by his heartfelt reaction — even those on the other side.

“From an Indians fan from Cleveland Ohio congratulations Cubs you deserved it! Great game!” one Indians fan wrote.

“Congrats on the win! As a Clevelander you know I wanted the tribe to win. But if we had to lose I’m glad it was to another team that’s as deserving as the Cubs,” another wrote.

The dad was not embarrassed, not even a little bit, that his teary response was put on display for the world to see.

“I was told most of my life by many people that the Cubs would always find a way to lose; in the regular season, the playoffs, and when the time came, the World Series,” Goldstein told CBS News. “Watching them complete this dream has a surreal and magical feeling to it.”

It’s not the first time he’s felt emotional during a ball game.

“My wife has seen me giddy, angry, and crying before,” Goldstein admits.

As a loyal Cubs fan, it’s inevitable to experience a range of emotions.

“I have lived many wonderful and heartbreaking moments with the Cubs,” Goldstein said. “ Loyalty and belief in certain things can be painful, but the rewards can be so special.”