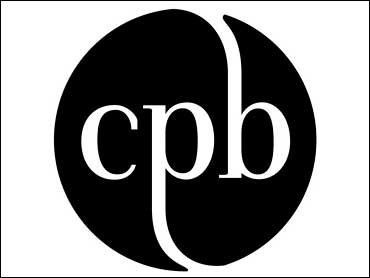 On September 26, the board of the Corporation for Public Broadcasting elected its new chairperson and vice-chairperson, and the eight-member board — which contains only two Democrats — selected two conservative Republican funders for these posts. Cheryl Halpern will succeed the embattled liberal-hunter Kenneth Tomlinson as chair. Gay Hart Gaines will be vice-chair. The board chose Gaines over an independent.

As press accounts have noted, Gaines, who was first appointed by George W. Bush to the CPB board in 2003, is an interior decorator by training. But she and her husband have contributed at least half a million dollars to GOP causes since 1998. Notably, Gaines was a charter member and chairman of GOPAC, a political action committee headed in the 1980s and 1990s by Newt Gingrich. During that period, GOPAC attracted much attention for dodgy practices (which drew a Federal Elections Commission investigation) and for its harsh partisan practices. So now it's an appropriate time to revisit one of GOPAC's most notorious actions.

In 1990, GOPAC, which worked with Republican candidates across the country, sent a memo titled "Language: A Key Mechanism of Control" to GOP contenders. The memo started,

As you know, one of the key points in the GOPAC [training] tapes is that "language matters." In the [GOPAC] video "We are a Majority," Language is listed as a key mechanism of control used by a majority party, along with Agenda, Rules, Attitude and Learning. As the tapes have been used in training sessions across the country and mailed to candidates we have heard a plaintive plea: "I wish I could speak like Newt."

That takes years of practice. But, we believe that you could have a significant impact on your campaign and the way you communicate if we help a little. That is why we have created this list of words and phrases.

The memo then provided two lists. One was a set of "Optimistic Positive Governing words and phrases to help describe" the GOP vision for the future; the other was a list of "Contrasting words to help you clearly define the policies and record of your opponent and the Democratic party."

The positive words were hardly surprising; they included "caring," "freedom," "liberty," "moral," prosperity," and "strength. But the "contrasting words" — which GOPAC said should be applied to Democrats and their proposals — were rather hard-edged: "betray," "bizarre," "cheat," "corrupt," "destroy," "disgrace," "greedy," "incompetent," "intolerant," "radical," "shallow," "sick," and "traitors."

This is to say that Gay Hart Gaines, the number two on the CPB's board as of this week, was a leading official of an outfit that advised Republican candidates to brand Democrats "traitors." She now is in a position to search for bias in public radio and public television programming.

These days, it may seem that GOPAC was merely ahead of its time, given the harshness of the current political discourse. (After all, I wrote a book in which I applied one of GOPAC's "contrasting words" to George W. Bush: "lie.") But the GOPAC list was a clear attempt at putting propaganda ahead of substance. The memo did not tell GOP candidates to make sure they could back up their sharp assertions. The point was to turn name-calling into a strategic political tool. This was a (further) debasement of politics, and Gaines was apparently not put off by GOPAC's tactics. After the memo's existence was revealed by press reports, she did not leave GOPAC. In fact, three years later she became its chairperson.

Of course, advocates and party funders have the right to be as partisan (and rhetorically extreme) as they wish. But the CPB is an entity that is supposed to oversee journalistic endeavors. Should a supporter of party propagandists be in charge of overseeing the journalism of PBS and NPR? Only in Bushworld does this make sense. It often sounds melodramatic to claim that a given development is "Orwellian." But if that "contrasting word" is not merited in this case, then perhaps we ought to reach for an all-purpose term from Gaines' GOPAC list: "pathetic."

David Corn is the Washington editor of "The Nation" magazine.

By David Corn
Reprinted with permission from The Nation